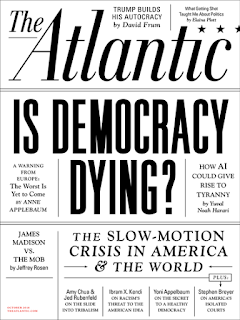 Canadians are turning out this election. Bob Hepburn writes in The Toronto Star:

I’ve overheard a woman talking to her 20-something daughter about the election and the daughter responding: “There’s an election?”; I’ve listened as my dentist told me he just wants “it over;” I’ve heard a colleague speak about how no one at an eight-person dinner party on the weekend talked at all about the election.

It’s just not me who is seeing this trend. Viewership for TV political programs and news stories is reportedly down from levels in the 2015 election. At the same time, election stories are garnering less attention from readers at some online news sites than was expected.

In addition, campaign organizers are noticing the same voter sentiment as their leaders criss-cross the country and their volunteers knock on doors in their neighbourhoods seeking support for local candidates.


There are several reasons for this ennui:

First, the election campaign is too long. It actually started back in January, not last week when Justin Trudeau formally asked Gov. Gen. Julie Payette to give her blessing for the launch of the official six-week campaign. For months now, all parties have been in full-election mode, complete with policy pronouncements, local rallies and detailed media strategies.

Second, while campaigns are seen as a time for voters “to get to know” the leaders, the reality is that we already know them. We know what Justin Trudeau is like and what he would bring to a second term — the good, bad and the ugly. We know who Andrew Scheer is because he’s been the Conservative leader since May, 2017. We’ve seen him on television for years. The same is true of Jagmeet Singh, who has led the NDP since October, 2017, and Elizabeth May who has headed the Greens since 2006.

Third, to the casual voter it must seem there’s hardly any difference between the Liberals and the Tories on many key issues, or between the NDP and the Greens. In truth, it’s difficult to discern how the parties differ on how helping the middle class, or how they would deal with health-care funding. And if a voter believes — rightly or wrongly — that there’s no real difference, then would we expect them to follow the campaign?

Fourth, no one big issue that will galvanize voters dominates this election — not SNC-Lavalin, not the regulations on religious symbols in Quebec, not pipelines. Climate change, tax cuts, the economy and jobs are key issue, but not drivers of widespread voter engagement. The last truly issue-driven elections may have been in the 1980s when free trade with the U.S. highlighted the campaigns.


Elections are important. They're the cornerstone of our democracy. These days, democracy is in trouble all over the world. That is one trend we can't afford to follow.

Image: The Atlantic
Posted by Owen Gray at 8:46 am

Email ThisBlogThis!Share to TwitterShare to FacebookShare to Pinterest
Labels: Canadian Democracy In Trouble

I was reading in the Star this morning about efforts being made to get young people out to vote, Owen. Maybe that's the solution: the usual suspects stay home and let the young have a real voice in their future, eh?

It's soon going to be their world, Lorne. And the usual suspects have left them lots of messes to clean up.

Am I mistaken. Didn't the young turn out big time to vote for this government? I seem to recall that they paved the way for the liberal majority because the powers that be had declared a state of emergency in the historic poor turnouts in elections passed. If there is now a poor turnout being predicted who do you think is at fault for this situation. Maybe there are a lot of younger voters who will vote for green as their votes in the past were truly "wasted" on promises unkept.

.. it would be interesting (certainly to me) to know in the broad strokes.. where & how our Canadian federal political parties essentially 'doorknock' .. aka their 'groundgame' .. and where they spend their money.. and where they depend on volunteers.

I think voters should know this.. I figure I know most of it.. but having the 'campaign strategy' - percentage $ or effort - and the deep dark plan of a caucus & party might be a real head turner..

Yes yes.. we know they plan, commission & create ads and buy media time for their ads, We hear them on radio.. get 'the message' via all social media

What % of effort or $$ goes into live or robo calling

Of what value are Nathaniel Erskine-Smiths signs for example. Last election I heard he to a certain extent knocked on every door. We see him at local farmer's markets.. and he's highly visible .. like highly.. and why not, he's not a jerk .. he's a bright light
We have never met our mp Julie Dabrusin.. perhaps her volunteers have knocked on our door, causing two savage little dogs to do backflips.. dunno.

How much effort and money flows into data management ? There's a real biggie. Who can validate where all that electoral voter data or other data came from ? As we should know via contemporary history books, nobody in the Harper Conservative Party took responsibility for altered admin logs, sign ins, sharing, distribution.. all Canadians got was a toxic defense via Jenni Byrne and Arthur Hamilton. Michael Sona went to prison, the local Guelph campaign manager immediately went to Dubai or Saudi Arabia.. outside the reach of RCMP.. and I believe he has returned at least once.

What can Canadians expect this year? What American GOP tactic may be employed ? What dubious scam will occur in ridings ? Forget the horserace polls.. the corrupt or lazy media, the screetchers & preachers, the clever 'vote moving' and the infamous 'bingo cards' .. what new scam ? Versus some new refreshing transparency and fairness ? What will happen to Independants such as Jane Philpott or Jody Wilson-Reybould ? We need to know all this.. just as much as policy or goals or plans, once elected.. what about election reform ?

Excellent questions, sal. When people believe that so much goes on under the table, they'll believe their votes will count for nothing.