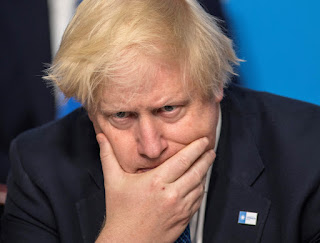 The Supreme Court in the UK has ruled that Boris Johnson illegally prorogued Parliament. Martin Kettle writes in The Guardian:

The supreme court has delivered a comprehensive demolition of Boris Johnson’s government and its handling of Brexit. The unanimous judgment of the 11 justices, announced by Lady Hale this morning, amounts to a root and branch rejection of the prime minister’s attempts to rule without parliament, to take Britain out of the European Union by 31 October without a deal, and to contrive a premature general election. The judgment was incisive and without any waffle. It was very consciously written in the best tradition of British constitutional law, of which parliamentary sovereignty is the foundational rock.

The immediate effect of the judgment is devastating for Johnson. It is expressed so cogently and unambiguously that it will be difficult for him to wriggle out of it – even though he is certainly foolish enough to try. Parliament will surely be recalled on Tuesday – since, as the judgment said, it has not been prorogued in the first place. Johnson’s efforts, to the extent that they exist at all, to negotiate a new or tweaked deal with the EU will be held up to the light. And, since Johnson spectacularly lacks a majority in the House of Commons, it is likely that the cross-party efforts to shape Brexit will be redoubled.


The ruling also puts the spotlight on Johnson's opponents:

His opponents, therefore, absolutely need to agree on the form, composition and, above all, the leader of any government that could replace him. If the court’s ruling means anything for politicians, it is that trying to govern as if you have a majority when in fact you do not is impossible. The belief of the hard-right Tory Brexiters that a party coup against Theresa May in a hung parliament would enable them to get their way by electing Johnson lies shattered. They need to learn the lesson very fast. Militant remainers will have to face the equivalent lesson, too. One notable consequence of the judgment, not to be overlooked in the other excitements, is for the Union. By not overruling the Scottish court of session decision on Johnson’s actions, the supreme court has upheld Scottish judges against English ones, and has removed a potential source of grievance for the SNP against “London judges” if the ruling had gone the other way.


Britons are still in a pickle. But their Supreme Court has upheld the primacy of democracy.

Image: IBTimes UK
Posted by Owen Gray at 8:56 am

I wonder how our Supreme Court would have ruled had the opposition parties taken Harper to court. We'll never know because the craven bunch meekly submitted to Harper's outrageous abuse of Parliament.

As I read the op-ed, Cap, I had the same thought. Once again, it's clear how important the courts are when it comes to upholding democratic principles.


Canada's situation was entirely different. In Britain, opposition parties had the gumption to rally to the defence of parliamentary democracy. In Canada we had Michael Ignatieff's Liberals and they were just fine with an extended Christmas holiday prorogation, especially as Iggy was keen to finish his book on his maternal ancestors, the Grants. In Britain, the Queen was misled by an unprincipled prime minister. In Canada, Michelle Jean was all too happy to go along with Harper's machinations and bugger democracy.

I walked across the Glenmore Reservoir, it was winter and frozen and the snow was a bit deeper than I expected. Just to go to a protest at Stephen Harper's constituency office over his decision to prorogue Parliament to avoid a vote of non-confidence - it's just across the lake from me, laugh - and it was cold too. Damn cold.

Of course you could not enter the office to lodge an official complaint personally. I forget the notice on the door exactly but it was not overly courteous. laugh again

There was a crowd, it's a small shopping mall, upscale of course. The police were there and did have a word with a fellow who was standing outside the office door with a pitch-fork. And his friend with a torch - well, a flashlight but you get the picture. But in the main everyone was grumpy ... but with no one to speak to the issue ... I guess we were content that at least Harper knew ... a lot of people were pissed off about that.

I have lived in the UK, in London a few years. They get pissed off, they do something about it. We are their, mild child. laugh

The Brits have showed us how it should be done, james. Let's hope we have learned a lesson.

It's heartening to see wise people take a stand for democracy, sal.