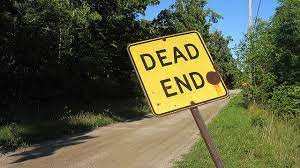 As premier of Alberta, Danielle Smith is a political mayfly; not long for the job.

By May 29, the woman who was made premier by one per cent of Albertans will be a gaudy footnote, in the dismal decline of a conservatism firmly captured by anger. This group continues to look for a fight with Ottawa under any pretence, however false.

Donald Trump has done it in the United States, using unhinged surrogates like Marjory Taylor Greene.  Pierre Poilievre, who is trying desperately to sell the false narrative that “everything is broken” in Canada, does it with personal videos that wouldn’t pass muster in an elementary school show-and-tell class. And Danielle Smith is doing it with her inept and purposely belligerent Sovereignty Act.

Smith’s bungling since winning the United Conservative Party leadership on the sixth ballot on Oct. 6, should have prepared everyone for this senseless, divisive, and anti-democratic power grab. This is the historically challenged leader who said that unvaccinated people are “the most discriminated against group” in her lifetime.

The truth is that this brand of conservatism is now well-worn. It was rejected in the American mid-term elections. And it's being rejected here:

Smith, and Poilievre for that matter, don’t seem to realize that toxic conservative extremism is going out of fashion. With the recent convictions for seditious conspiracy of the ring leaders of the Jan. 6, 2021, attack in the United States, Trump’s hold on the Republican Part is all but gone. His dinner with a neo-Nazi and an anti-Semite have accelerated the process. The public in that country seems tired of the chaos, lies, and bullying—and the poor showing of the GOP in the November midterm elections just emphasizes that trend.

It looks like there is a little of the same fatigue in Alberta, with demonizing everything that comes out of Ottawa. According to a recent poll by Janice Brown Opinion Research, Smith is in the process of delivering a majority government to the NDP and former premier Rachel Notley. The poll also found that the UCP may even lose seats in the areas around Smith’s rural base.

It's plainly false that the unvaxxed are the most discriminated against. In fact, the unvaxxed were and are the greatest recipients of medical care and the best clients of snake oil salesmen, funeral homes and cemeteries. Governments continue to pander to them, refusing to include Covid among mandatory school inoculations, and to reinstate mask mandates, mass testing and other public health measures even as the Red Cross is asked to help hospitals overwhelmed with patients. And that's in Ontario.

If conservatism has reached a dead end it's because conservatism is killing conservatives. With red states reporting three times higher Covid mortalities than blue states, it's no wonder there was no red wave - the red wave was in the graveyard.

"Modern conservatism has reached a dead end". Only if you can dissect the coalition of stupidness that has thus far provided massive support for the offense.

Perhaps there's some hope, Cap. If conservatism is dying because there are fewer conservatives walking among us, things could get better.

It's true that conservatism thrives on stupidity, zoombats. Stupidity is the real pandemic.

One of your fellow bloggers shows a Harper hand and wider perspective on Danielle Smith's imbroglio....

"I'm fairly certain that after his 2015 defeat (to Justin Trudeau, no less), Harper decided that if he couldn't rule over Canada, he was going to find a way to blow it up. Feeding Alberta's simmering separatist movement was an easy starting point, and frankly the COVID Pandemic proved a very fruitful opportunity to shove disinformation and foment anger in Alberta. The fact that he had access to several other conservative premiers who would follow Jason Kenney's lead in undermining the Federal Government's attempts to manage the situation."

Thanks for the link, PoV. Conservatives are increasingly aware of the fact that they can't garner the votes to win. Therefore, they turn to authoritarianism. Hence, Mr. Trump's assertion that they should suspend the constitution.

I've noticed over the course of time
(17 elections in four provinces, working for all three major parties)
that conservatives are the most likely to be none to bright, as well as the most dependant on the social safety they claim to despise.
Runaway narcissism of old white people being the diagnosis, I'm afraid.
Fortunately they are passing away quickly now
R Sword

I'm worried about some of the young, Sword. Their knowledge of history is spotty and they can be easy prey for some conservatives.

It is interesting to see that we have our own home-grown politicians planning "unconstitutional constitutional change". Danielle Smith is leading the crazies in Alberta but Québec seems to be trying something similar with a bit less fanfare. More constitutional vandalism - Quebec's turn (again)

There's a lot of this kind of thing going around these days, jrk.

@ R Sword
Time to dust off a favourite quote.
“Conservatives are not necessarily stupid, but most stupid people are conservatives..."
John Stuart Mill

Last I looked, she was anointed by UCP Membership only
when a complete stranger could buy 50 memberships
‘by name’ - based on some sort of mysterious database
then shoehorned into Legislature via a truly marginal By-Election ‘win’
in the safest Riding that could be found..
She has since hired the MLA who resigned !

My question perhaps is then twofold !
How many ‘Party Members’ voted for her..
Who might most of them be ? And where might they be from ?
Albertans don’t even know .. even Jason Kenney don’t really know

These days, sal, "democracy" is a synonym for "minority rule."