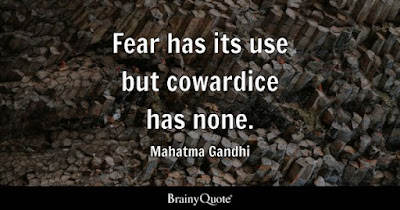 Danielle Smith's Alberta Soverniety Act is an atrocity. Althia Raj asks why are Conservatives across the country keeping their mouths shut?

Alberta Premier Danielle Smith’s new bill gives the province’s legislature the job of the courts, to determine not only whether Ottawa has trampled on provincial jurisdiction but whether a federal policy “causes or is anticipated to cause harm to Albertans.” If the legislature agrees, it passes a resolution giving Smith’s cabinet the ability to respond to the intrusion. Cabinet can make or change laws to respond to the “harm” without going back to the legislature for approval. It can demand provincial entities, such as school boards, health authorities, and municipal and provincial police, ignore federal laws — essentially creating a zone in the country where provincial laws stop federal laws from being enforced. These measures could last up to four years, before going back to the legislature for review.

Reaction was swift. Emmett Macfarlane, an associate political science professor at University of Waterloo, called it, “The most unconstitutional bill in Canada’s modern history.” Lisa Young, a University of Calgary professor, tweeted about lighting her hair on fire, after it was realized the bill was worse than expected. Over at the Hub, however, Geoffrey Sigalet, a UBC Okanagan political scientist, and lawyer Jesse Hartery argued the bill should be constitutional as the province has no obligation to enforce federal laws.

How have Conservatives reacted?

Back in September, Smith’s proposed sovereignty act was so alarming that Rajan Sawhney, Travis Toews, and Brian Jean joined together to denounce it as a dangerous fairy tale.

“The act is a false bill of goods,” said Toews.

Danielle is deceiving UCP members about reality,” said Jean, who deemed it a vote “tricking” effort.

But if you thought these three would now raise the alarm that Smith is trying to trick not just UCP members but all Alberta voters, you’d be disappointed.

Now you hear nothing from Conservatives:

Our political system is increasingly challenged by elected officials who aren’t truthful, challenge facts, erode trust and put their personal ambitions ahead of the public good.

It's summed up in one word -- cowardice.

"Jesse Hartery argued the bill should be constitutional as the province has no obligation to enforce federal laws." In that case we can disband police forces across the country since criminal laws are federal. That ought to save some money and end backlogs in the courts.

Obviously, Cap, Smith has not thought things through. Perhaps she's incapable of doing that.

There appear to be dangerous holes in Smith's plans. For instance, members of First Nations living in Alberta are understandably worried about what could happen to them without the protection of the Canadian Government.

As to other Conservatives not saying much. Thats real easy. This is the wet dream of many Conservative leaders. lets not forget Harper and his M.P.s passed 9 pieces of Legislation he was told violated the Constituion. Then a very nice lawyer in Toronto, whose name escapes me, took a number of those bill to court and won. Some others took a couple of those pieces of legislation to court and the Surpreme Court rules against Harper and company.

now it maybe that Smith and Co. think they can ignore the Surpeme Court of Canada, but they do so at their own peril

Something tells me that Smith and Co. are in for a rude awakening, e.a.f.

Cowardice... absolutely.
But also that drooling anticipation within the ranks of a position soon becoming open again... or not... it is Alberta
Give her enough rope... bad analogy. She already has enough rope the freefall will take a while.
Reminds me of the train engineer test.
Q. What would you do if your brakes failed and you were full steam heading into a head on with another locomotive?
A. I'd wake up Sven. He's never seen a wreck like this.
Fun times.

It's going to be a rough ride, lungta.

"why are Conservatives across the country keeping their mouths shut?"

No, I think you got that wrong. 'Envy' might work, or two words 'impatient admiration'.

Perhaps there's something to envy, PoV.

She also thinks she's a hammer, DJF -- and everyone and everything is a nail.