Bats In His Belfry 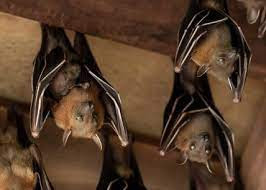 After the Supreme Court two weeks ago unanimously rejected his request to stop a congressional committee from obtaining his tax returns, Trump blasted the court, using the language of the left-wing critics who question the legitimacy of his judicial appointments. “The Supreme Court has lost its honor, prestige, and standing, & has become nothing more than a political body, with our Country paying the price. … Shame on them!” Trump declared on his Truth Social account — oblivious to the fact that these words could just as easily have been uttered by Senate Majority Leader Charles E. Schumer (D-N.Y.) or outgoing House Speaker Nancy Pelosi (D-Calif.). If anything, the court’s actions in this case — and the refusal of any Trump judges or justices to embrace his election denial conspiracy theories — prove precisely the opposite: He appointed jurists whose only loyalty is to our laws and our Constitution.

But apparently, loyalty to our laws and our Constitution is not the standard Trump seeks to uphold. Quite the opposite. In a rant without precedent in the annals of presidential rhetoric, Trump called this weekend for the “termination” of the Constitution. “A massive Fraud of this type and magnitude allows for the termination of all rules, regulations, and articles, even those found in the Constitution,” he thundered, adding, “Our great ‘Founders’ did not want, and would not condone, False & Fraudulent Elections!”

Trump has been telling Americans who he is for decades. But, if they can't get the message now, they are just monumentally stupid:

With his latest missive, Trump has embraced a form of secular sedevacantism — the erroneous belief held by some extreme traditionalist Catholics that there is currently no valid pope — arguing that Joe Biden is an illegitimate “anti-president” and that he, Trump, should either be reinstalled in office or a new election should be called. (How this would be accomplished, he does not say.) I’m sorry, but this is bat-guano crazy. It should be rejected and repudiated by every self-respecting conservative.

There have always been bats in Trump's belfry. Now they're the only things that live there.

“Our great ‘Founders’ did not want, and would not condone, False & Fraudulent Elections!” Really?! The "great founders" were just fine with elections that limited voting to white men of property (about 6% of the population). The GOP never really got past those standards of fairness.

Most Republicans endorse "Originalism," Cap. They believe that the words of the Constitution are cast both in Stone and in Time.