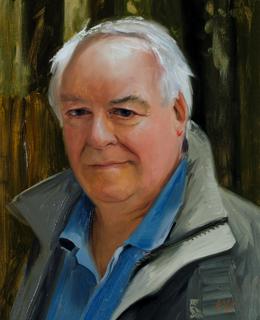 Canada's Constitution is not a legitimate document, and has not safeguarded Alberta's interests within federation, says one of the architects of that province's newly passed Sovereignty Act.

"I want the Constitution to be changed, or we'll have another referendum," said Barry Cooper, referring to independence referendums in Quebec in the 1980s and 1990s.

Cooper is a professor of political science at the University of Calgary and one of the authors of a policy paper called the Free Alberta Strategy, seen as the unofficial blueprint for the Alberta Sovereignty Within a United Canada Act, also known as the Sovereignty Act.

Speaking to Matt Galloway on The Current, Cooper said that Canada is a federation, but has never acted as such.

"It's time to change it, to turn it into a federation," he said.

"If Canada doesn't want to do that, then the only alternative we have — in order to defend our interests — is to make sure that Canada does negotiate. And that means the threat of leaving."

However, the Soverneigty Act is not popular with Albertans:

According to a poll results released by Leger last week, 32 per cent of Albertans agree the Sovereignty Act is necessary to stand up to the federal government.

Cooper said it's up to Smith and her leadership team to gain more support for the idea, but added that "if Canada does not show some understanding, then their rejection of Alberta will be obvious and the numbers will change."

Smith hasn't been elected to her office. But Cooper feels she can swing support for the bill. Delusion has gone viral in Alberta.

Email ThisBlogThis!Share to TwitterShare to FacebookShare to Pinterest
Labels: The Alberta Soverneigty Act

"If Canada doesn't want to do that, then the only alternative we have — in order to defend our interests — is to make sure that Canada does negotiate. And that means the threat of leaving."
That my friends is what it is, a threat, pure and simple. I think that the threat of succession is always countered with the threat of isolation on all sides except the open door to the south. Quebec would have had a tough time getting their Cheerios in French packaging and I am pretty sure that there won't be any pipelines into Montana without a fight. Albertans have always been wingers and always been hard done by depending on "boom or bust"scenarios. I for one am sick and tired of the threats. As I mentioned yesterday we are in this together and stop the selfish whining and cry baby bullshit. What will it be called? Albrexita? Ask Britain how that is going for them.

"Wah! I'm taking my ball and going home unless we play by my rules!" And this guy's a professor?! Would someone please find the grown-ups?

There is no guarantee that a professor is wise, Cap.

If anyone is interested here is a link to Professor Barry Cooper. It is easy to see where his loyalties lie when you see that he is a climate denier and has contacts with all the usual suspects from the Harper era. He is a supporter of Quebec succession only because it helps his argument for the West to pull the plug. Just another right wing nut job.

Thanks for the link, zoombats. The man lives on another planet.

Apparently, lungta, Cooper does not believe that geography imposes restraints on people and countries.

It’s somewhat Intriguing but Fatiguing.. to somehow ‘game this out’
Much of this Partisan diarrhea is liquid enuff to ‘flow downhill’
The Steve Bannon maxim does say ‘Flood The Zone With Shit’
to what purpose other than.. DISTORTION ? Even ‘Hate’ ?

But even ‘gravity’ has a sense of humour..
Add a little ‘uncertain terrain, presumed downhill’
& it can surprise the witless where the shite gets to..
It may be ‘the river they stand in’ ..

Sometimes the stuff backs up in the septic tank, sal. Then you're deep in it.

“Canada's Constitution is not a legitimate document…" said Barry Cooper

Brownie points to such a “knowledgeable” political scientist. At last report the Canadian constitution consisted of documents, tradition, customary usage and, quite possibly, “eye of newt and toe of frog, wool of bat and tongue of dog…”. There is no single document such as France or the USA have.

So we have the crazy leading or being advised by the less–than–well–informed.

Democracy dies in the hands of the ill-informed, jrk.

Democracy dies in the hands of the ill-informed, jrk.
Indeed. It was driving me crazy during the early months of the pandemic to hear Scheer and Singh make statements that about Federal policies when the matters were clearly under provincial jurisdiction. Both of them are law grads. It does not say much for either our law schools or the ability of those party leaders to grasp legal principles.

Singh continues to show his ignorance of federal/provincial division of powers almmost every time he opens his mouth.

Still this is nothing compared to Smith. She sounds as crazy as some of those Trucker Convoy insurrectionists who wanted to co-op the GG.

It's deeply troubling to see how many of us just don't understand how our government works, jrk.