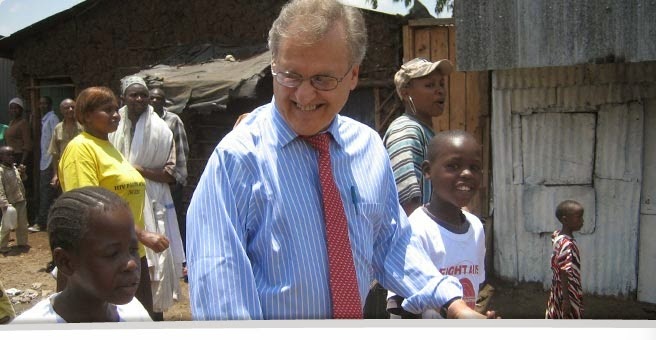 That's what Stephen Lewis calls the Harper government. Lewis has always known how to turn a phrase. But he's also always known how to make an argument. And the evidence he offers in support of his case is damning. Tim  Harper writes in the Toronto Star:


Lewis understands just how far Canada has moved from its moorings:

"Vitriolic nastiness in debate does not breed respect,” he said. “Nor does adolescent partisanship, nor do pieces of legislation of encyclopedic length that hide contentious issues, nor does the sudden emergence of frenzied TV attack ads, nor does the spectre of a Prime Minister’s Office exercising authoritarian control.”

"It is as though Canada had decided, like some mindless national curmudgeon, to be a permanent outlier on issues of minority rights and women’s rights,” Lewis said. “It does us damage. It does us shame.”


He has said that there was a time in Ottawa when his father, Robert Stanfield and Pierre Trudeau led their respective parties. They could disagree and they could do it with wit. He recalls the time his father stood in the House of Commons, pointed at the prime Minister and proclaimed, "There, but for Pierre Trudeau, goes God!"

But the three men respected each other. Lewis still believes that we can return to that kind of Canada:

“Somewhere in my soul,” Lewis says, “I cherish the possibility of a return to a vibrant democracy, where equality is the watchword, where people of different ideological conviction have respect for each other, where policy is debated rather than demeaned, where the great issues of the day are given thoughtful consideration, where Canada’s place on the world stage is seen as principled and laudatory, where human rights for all is the emblem of a decent civilized society.”

Email ThisBlogThis!Share to TwitterShare to FacebookShare to Pinterest
Labels: Lewis On Harperland

“I cherish the possibility of a return to a vibrant democracy, where equality is the watchword, where people of different ideological conviction have respect for each other...

Oh dear, now I have to write another post for this week, Owen, but then again perhaps not. Stephen Lewis's remarks bear repeating again and again. His words will echo around Canada for some time I suspect, as well they should.

Tim Harper could have added that Canada was one of only three countries which opposed a U.N. resolution last Friday condemning the glorification of Nazism: http://rabble.ca/blogs/bloggers/djclimenhaga/2014/11/wtf-canada-votes-against-un-resolution-condemning-glorification-

But then again, Tim Harper would have to explain why none of the MSM, including the Toronto Star, had reported Canada's shameful vote.

It would be difficult to return to the days when policy could be debated without the nasty partisanship that we now see. Parliament is dysfunctional mainly because of the Harper Party which takes its lead from Harper himself.

And Harper is not the only one. There's Baird, Pollievre, Fantino, in fact almost the entire lot of Cons MPs.

They came into office being nasty, Anon. They see no reason to change their ways.

It's not an impossible dream, Mogs. We used to come half way close to achieving it.

Stephen Lewis speaks for a great many of us, Owen. He speaks of a Canada, our Canada, that has been hijacked by predators.

David Lewis, Robert Stanfield, Pierre Trudeau - I sat in the gallery through a lot of Question Periods in their time.

Today it might as well be called Fable Period. Questions are routinely met with outright lies in response.

I've wondered whether it's a lesson to what befalls parliamentary democracy in an era of neoliberalism. Government has become a criminal enterprise, rife with corruption, coercion, falsehood, secrecy and subversion.

Like you, Mound, a friend of mine sat in the gallery during that period. He tells me that it was obvious that all three men were paying attention to what each other said.

Now they talk, but they don't listen.