The "Talent" He Courts 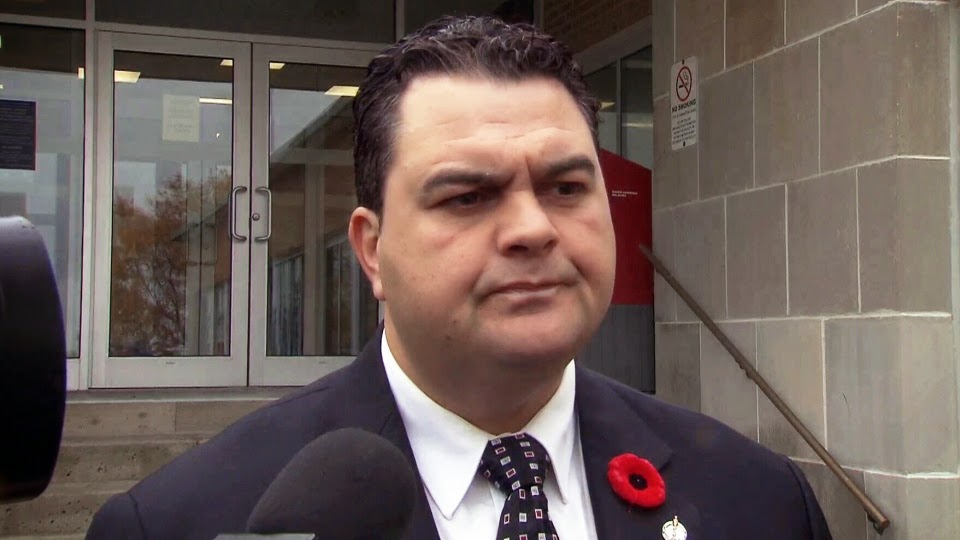 Pity poor Dean del Mastro. He stands convicted on all counts. Del Mastro claims he is the victim of a gross injustice. Michael Harris writes:

In fact, one of the things noted by Judge Cameron in rendering her verdict was Del Mastro’s lack of credibility. She noted how he obfuscated the evidence and avoided telling the truth on the stand. In some cases, he left questions asked on cross-examination ignored and unanswered. While such tactics are grounds for promotion in the Harper government, they are not traits that generally end well when you are under oath in court.


The inescapable lesson behind Judge Cameron's judgement is that Stephen Harper has a lousy eye for talent:

What makes this even more farcical is how the prime minister has — again — demonstrated his appalling judgement on major appointments. He made Dean Del Mastro his parliamentary secretary. And despite demands from the opposition that Del Mastro step down while he was being investigated, Harper kept him on until he was formally charged by Elections Canada.


But there is a larger lesson. Evidence of the del Mastro syndrome stretches back further than the last election:

In 2006, the CPC used an accounting scam — moving money in and out of local and national accounts — that allowed the party to spend a million dollars more than the spending limits allowed. This became known as the In-and-Out scandal, which resulted in charges five years later.

Email ThisBlogThis!Share to TwitterShare to FacebookShare to Pinterest
Labels: The del Mastro Conviction

"The inescapable lesson behind Judge Cameron's judgement is that Stephen Harper has a lousy eye for talent . . ."

I disagree. Harper has a talent for finding thugs and manipulators. He wallows in gang behaviour. I'm sure that Harper would be happy as the head of an organized crime syndicate.

Harper's big problem with talent is that some of them have been caught out to the extent that he had to get rid of them but it can be argued that there are many more of the same in his caucus and the PMO.

An accurate observation, Toby. Harper knows the kind of people he wants to work for him.

The problem is that they violate the notion of righteousness he claims to uphold.

@ Toby He is head of an organized crime syndicate, it's called the Conservative Party of Canada.
Their crime is Democracy Grand Theft

Owen, Harper's claim to righteousness is just an act. By now, nobody should believe it; it saddens me that some still do.

Harper's list of degenerates, is as long as his arm. Some of them are already in prison, others are on their way. Harper picks his degenerates, for specific purposes. The ones with ethics and morals? Harper gets rid of them.

It is obvious now, Harper cheated to win the election. Harper should be tried as a traitor doing acts of treason for, selling Canada to Communist China.

We're now looking at an increasingly long list of people who have been found guilty of breaking this country's laws, Anon.

Unfortunately, Harper's response is merely to kick them out of the caucus or the party.

It should be obvious by now, Toby, that Harper's claim to "moral clarity" is as non existent as the two dollar bill.

Hi Owen. Harpers pursuit of power by it"s nature implies being corrupt. He has to close his eyes and mind to reality and keep in mind the endgame which is holding on to power and becoming Canada's dictator with 4 more years that will be used to solidify his power. He doesn't think in terms of right and wrong,that requires having a conscious. Many he has brought and supported in his government are liars and thugs. They were and many who are still in caucus are there to support and realize his agenda.It's not so much that he has a lousy eye for talent. He doesn't want talent. His agenda is corrupt. Intelligent, talented and honest men and woman would not support his agenda. Liars and thugs will.

The most interesting thing about the CPC Owen, as noted from Harper on down, is the level to which they are willing to take obfuscate, misdirect and in fact lie in the face of independent findings. Whether it was Harper suggesting that the finding of contempt of parliament was merely a procedural matter, the many excuses and ploys used to spin the "in and out" conviction or simply the prime minister standing in question period for weeks saying that he new nothing of Nigel's payoff to the Duffster (before it was reported by the press).
delMastro was interviewed leaving the Lindsay courthouse after being found guilty and said "The judge's ruling "was not a final decision," he added. "I've in no way broken any of the laws governing elections." He seemed unfazed by the judge's finding that his testimony wasn't credible. "I know what the truth is. That's her opinion. My opinion is quite different."
Harper, his gang, the law and the ten commandments!? Never in the room at the same time....

Owen, a lot of these so-called stay at home Mums are also members of the same or similar evangical groups as Harper. For many of them, they are at home so they can home school their children, for which they get many financial benefits, both from the provincial governments as well as tax benefits and claims on the educational purchases to "teach" their little darlings. Note, that none of them need to demonstrate any credible sign of an education that would support any kind of teaching capable. After all, they can't have their kids mixing with all that non-evangelical riff-raff in the regular school system. I had one in my neighbourhood and if she spent a total of 3 hours on 3 kids of varying stages, I'll eat my hat. This is all part of Harper meeting the financial needs of his base, and I'm not fooled one bit! Other considerations are that not many of these so-called 2 income (wealthy)families have equal incomes which has tax implications. Like, the higher earner is used as the cash cow while the lower earner gets certain deductions and none of these are advantageous as some of these Con supporters have mixed with their Kool-Aid. With these new policies, the devil is in the details, which Harper of course never reveals. e.g. which "equal" earner claims child care benefits and which claims "allowable deductions"? There is much more to come (of course). I think some people are in for some big disappointments but they will have to ante up their vote before they really find out what they voted for, right?

Harperian strategy is all about getting Canadians to buy a pig in a poke, Lulymay -- before they know what they're buying.

It's really a version of "Let's Make a Deal." They'll have to wait to find out what's behind Door #3.

If it worked for Monte Hall -- who, after all, was just a kid from Winnipeg -- Harper figures it can work for him.

These folks truly believe that truth is a mere fabrication, Asking -- and being in power essentially gives you the right to fabricate the truth.

Ultimately, they have absolutely no respect for the courts.

Like a true Godfather, Pam, Harper's objective is to stay alive. And he will employ whatever means -- and whatever thugs -- to achieve his objective.

Owen, it's interesting what Lulymay said about the evangelical part that plays in Harpers Income-Splitting policy. It would also be very interesting to do a study of which and how many of his policies are actually developed because of His being evangelical. I think his dogmatic support of Israel is one example that is rooted in his evangelical beliefs.