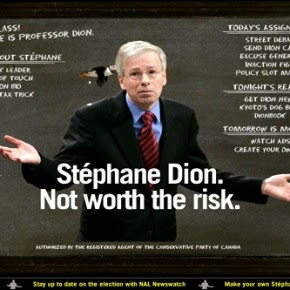 It's fascinating to hear the Harper Party conflate its own self interest with the national interest. The latest example is a Tory proposal -- buried in an omnibus bill -- to change the Copyright Act so that  "free use of news content" could be used in political ads.

The change would provide a treasure trove for those who produce attack ads. Tasha Kheiriddin writes:

What’s truly bizarre about this is that the Conservatives haven’t done well with attack ads over the last couple of years. Every time they run one, the Liberals seem to grow their lead in the polls. Nothing the Tories have thrown at Justin Trudeau has stuck. He has a tendency to trip over his own tongue; Canadians, it seems, just don’t care.


The proposed change once again illustrates the furniture which occupies Conservative head space. And Harper himself claims that the present situation represents a form of  "censorship." Tim Harper writes:


If Harper has his way, his Canada in 2015 will include a media that becomes an extension of the government, dutifully collecting news footage that can be twisted and used for partisan purposes, then thrown back as an ad at the network that covered the news in the first place.

It means that every reporter chasing a silent Conservative down the halls of Parliament, every technical crew schlepping cameras and microphones over to the Hill, every producer and editor putting together a piece on the nightly newscast and every anchor introducing the segment, is working not just for their network, but ultimately the political war rooms of this country next year.


It means the government that makes a virtue of taking no free rides and doing its own heavy lifting when it comes to bombing ISIS targets, is only too happy to freeload off the backs of journalists, without seeking permission or providing compensation.


Mark Twain once famously observed that, "Man is the only animal that blushes. Or needs to." Stephen Harper really should blush. He needs to.

Email ThisBlogThis!Share to TwitterShare to FacebookShare to Pinterest
Labels: Changes To The Copyright Act

Owen, I read the other day that sociopaths not only do not feel empathy for others, but also cannot feel shame and embarassment. Sounds like Harper.

People who blush, Pam, do so because they have a conscience.

Stalin, Hitler and Mussolini were all dictators, with very similar characteristics and they were all sociopaths. No decent sane person, could ever stoop to that level of evil.

Harper has that same typo sociopath personality, just not as extreme as the dictators of the 30's and 40's.

They say? It is useless to give sociopaths a polygraph as, they have no conscious.Harper has the ability, to look you straight in the eye and out and out blatantly lie.

Of course Harper is evil enough to force all of the media, to be his propaganda machines. Harper is having Canada no different, than Communist China.

It would appear, Anon, that Mr. Harper never admits a weakness or a mistake.

Owen, thanks for recommending the book "The New American Militarism" written by Andrew Bacevich. I've just ordered it from Ben McNally's. It's the kind of knowledge I'm looking for.

It's a good book, Pam, written by a distinguished academic. But he's also a Vietnam vet whose son was killed in the Bush-Cheney incursion into Iraq.

what harper and his herd are suggesting is stealing "work product". They've stolen a lot from Canadians, this is just another e.g.

They stole our sovereignty and traded it to China.

Their next theft, of "work product" will not go so well. They forget, there is time prior to an election for the news media chains to "report" the news as they see it, not as harper and his herd would like it reported. After listening to the last news on CTV last night, it may have already started. Just listen to the words now being used.

Then there is the case of, what if those media corporations really do grow a set and refuse to run the ads and harper tries to have them arrested. That will go over really well.

All the news media organizations have to do is run their own "attack" ads about what harper wants to steal from them and it maybe so over for harper.

harper might want to be careful for what he wishes for. it works both ways.

Excellent commentary, e.a.f. Harper's narrow focus on his own self interest leads him to forget that what goes around comes around.