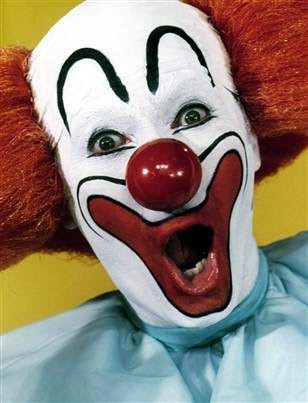 Apparently, many journalists -- including Andrew Coyne -- believe that Stephen Harper's decision to join the bombing brigades in Iraq is justified. Michael Harris believes that Harper's decision is folly and that the reaction to it illustrates "the slow collapse" of Canadian journalism. After all, when it comes to war in the Middle East, Harper has a record. That record includes not only his full throated campaign to join George Bush's invasion of Iraq, but also his support for military action in Libya:

Harper helped bomb Moammar Gadhafi out of power, even though regime change was expressly excluded from the UN mandate. The prime minister had his million dollar fly-over of the Parliament buildings to celebrate his ‘mission accomplished’ moment. It was all downhill from there. The dictator was not replaced by nation-building democrats, but by the armed thugs of the Misrata militias. Since 2013, their accomplishments have included ethnic cleansing and torture.

Libya is now so dangerous that not even the United Nations nor the U.S. maintain a presence there. Harper never talks about Libya anymore — a place he proudly bombed — except to say we’re not responsible for the current chaos. But with the dust of the Libyan fiasco not yet settled, Harper buys into a mission that is eerily like it. Canada will help bomb another evildoer into the dust and save the day. Like we did in Libya — for a cool $100 million.


You would think that, when journalists looked at the record, they would smell a rat. But Canadian journalists have endured the same fate as journalists everywhere  -- and the ignorance which is a consequence of their fate:

Writing in The Guardian, reporter Anjan Sundaram offers a theory to explain our shrinking knowledge, explaining along the way how genocide in the Congo never quite got on the radar of Western editors:

“The Western news media are in crisis and are turning their back on their world. We hardly ever notice. Where correspondents were once assigned to a place for years or months, reporters now handle 20 countries each … As the news has receded, so have our minds.”


Harper thrives because, in his world, Ignorance is Strength. But in the real world, Harris writes, Harper is "a thundering bozo." When journalism fails, that's what we get for leaders -- thundering bozos.

Email ThisBlogThis!Share to TwitterShare to FacebookShare to Pinterest
Labels: Canada Goes To War

There is no question that all of us, not just journalists, have to do more critical thinking these days, Owen. Without it, Harper and the neoliberals will likely prevail.

It's part of their game plan to keep us stupid, Lorne. But we have a choice. We can choose not to be stupid.

Canadian journalists, especially the cadre at the Globe, were banging the war drums for America's conquest of Iraq.

Throughout our adventures in Afghanistan, PostMedia's Matthew Fisher regaled us with several accounts of how Canada's military was putting an end to the Talibs.

About the only Canadian journalist with a clue to matters of modern warfare, "New War" if you will, is Gwynne Dyer. The rest have no idea but, then again, you can say the same for Canada's political and military leadership.

If you go back and read the outlandish pronouncements that spewed from commander after commander in Afhganistan, it's sure to leave you feeling deeply embarrassed.

Dyer has military experience, Mound. But he also has a knowledge of history -- something our supposedly brilliant masters sorely lack.

Didn't Hitler do the same? Goebbels was Hitler's propaganda machine and he forbid any other media to exist.

During the citizens of BC's fight against, Gordon Campbell and Harper's HST? The BC media was revolting. I think half of BC, cancelled their newspapers. Some wouldn't even buy the products, sponsored by the ads.

There is no such thing as, good honest journalism anymore. Most of them are, a disgrace to their professions.

I'm familiar with Mitrovica's piece, Kev. It's an excellent statement of how the press has abdicated its responsibility.