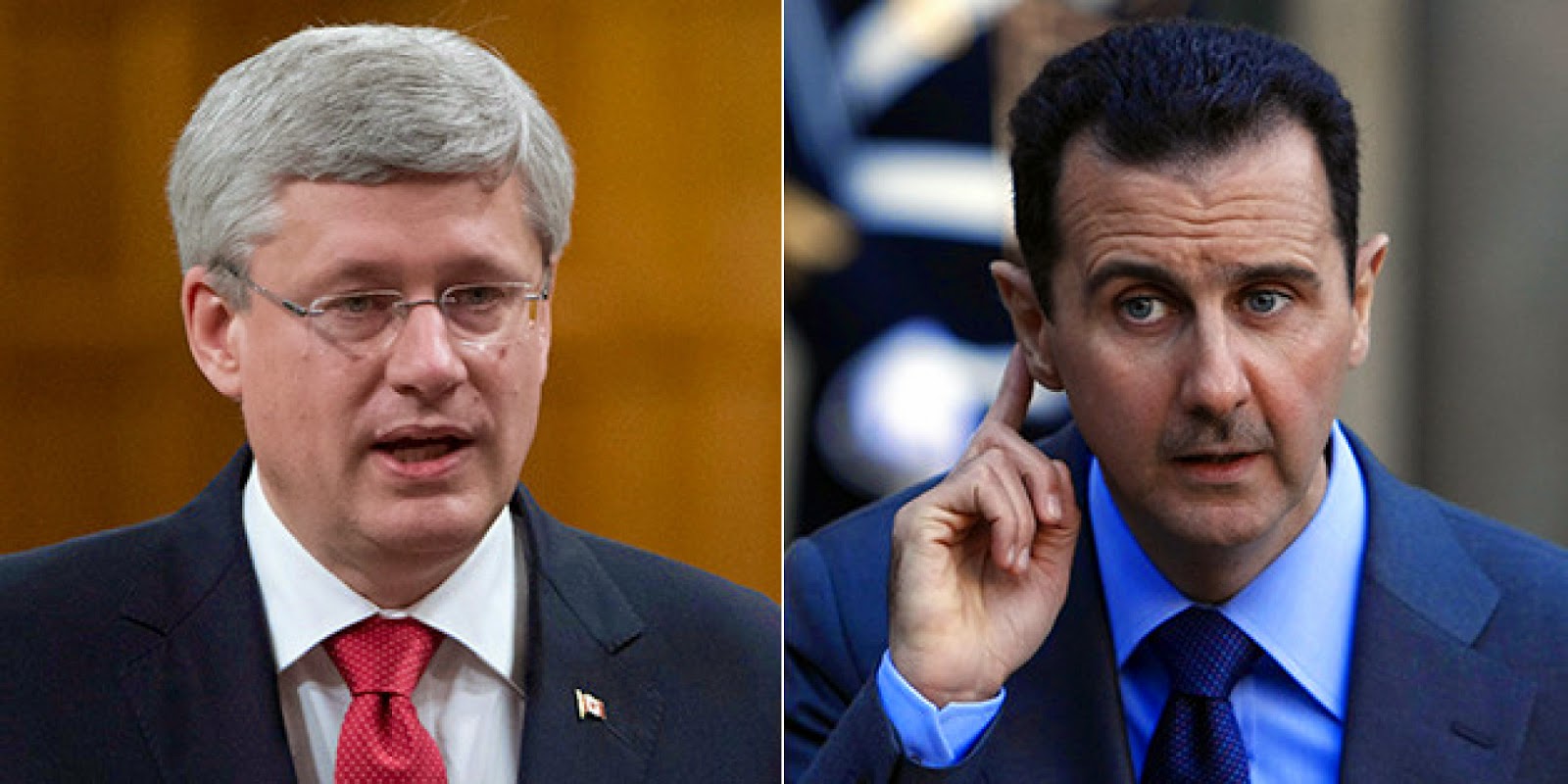 
And Adams offers a few facts for comparison:

The U.S. government recently said that Islamic State had abducted between 1,500 and 4,000 Yazidi women, some of whom were apparently sold as “brides”. That’s awful — but how does it compare with the record of the Assad regime?

Although it’s notoriously difficult to assemble statistics on sexualized violence, there is substantial evidence that the Assad regime has used rape as a weapon, and on a scale yet to be matched by Islamic State. It also has a ghastly record of torturing and murdering civilians — including children.

Best estimates of the number of people killed in Assad’s war so far are in the neighbourhood of 300,000. The number killed by Islamic State to date may be in the tens of thousands.


None of this means that Islamic State is a victim. They are beyond the pale. The question is: Is the Harper mission the solution to the problem? Past history suggests it isn't. But Stephen Harper is no student of history -- even recent history.

When are we going to realize that we've been duped into joining a Sunni/Shia proxy war? Why won't our leaders (including Trudeau and Mulcair) discuss where ISIS came from and who raised, trained, armed and funded it?

As freely as we have vilified the Shia, when have we ever faced a Shiite threat? al Qaeda is Sunni. So too the Talibs. ISIS is Sunni. If we ever do manage to take down ISIS, the outfit that will pop up to take their place will likewise be Sunni and it will likewise be hatched, nursed and armed by the very same people who drag us into these messes - the sheikhs and the princes lounging in their resplendent palaces in Saudi Arabia, Kuwait and the Gulf States. To them, ISIS is an "oopsie." It went a bit rogue. They'll try to do better next time.

Meanwhile, send in the Infidels - again.

Is it not creepy how one day the El Quida were foes and the next day the Harper Imperium in Libya embraced them like liberating heroes?

I am ready to give up?

Or am I ready to destroy the dynasty that is currently destroying my planet Earth?

You decide readers of this forum!

It should come as no surprise, Mound, that our government serves the well heeled -- domestically and internationally.

Syria, where little children didn't wake up in the morning, that died from poison gas? That Syria, Harper was itching to bomb?

Harper forced himself into this war with ISIS. Harper was not requested to take part in this war. Harper is a pariah, that no-one wants.

Oh, Barack Obama asked Harper to join the club, Anon. And Harper was ready to do as requested.

Actually, I thought Harper asked if he could help. Then said he was asked to help. No?

That's accurate, UU4077. Echoes of "I have complete confidence in Nigel Wright." And then "I dismissed him."