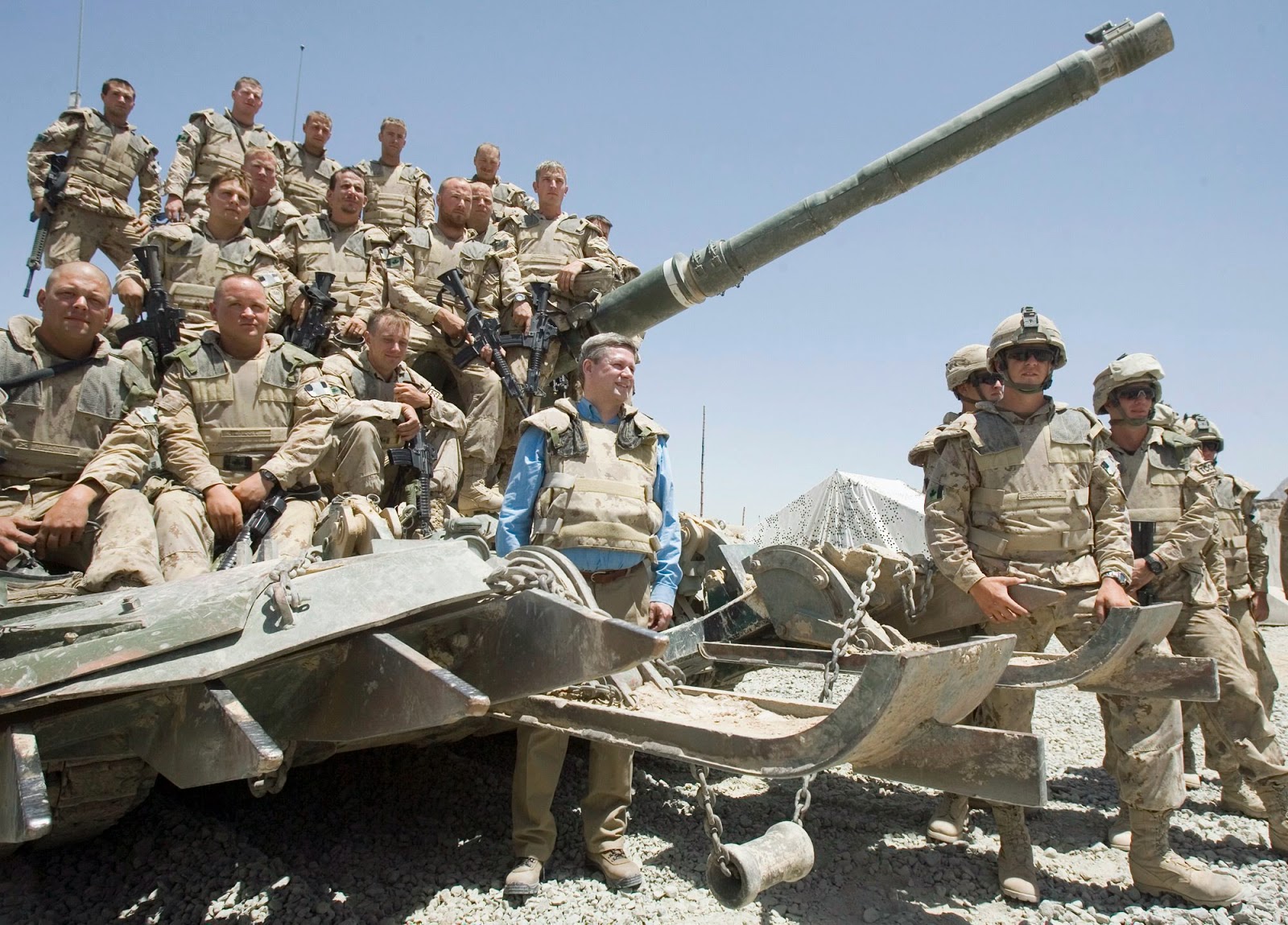 Stephen Harper planned to win the next election on the economy and tax cuts. But his numbers have  tanked for a year. And the latest EKOS poll reveals that the Liberals are where his was when he won his coveted majority. So a change of plan is in order. Ever the opportunist, Harper has found his issue: War. It's the ultimate wedge. Michael  Harris writes:

But think about it for a moment. Does the U.S. really need the help of military gnats like Estonia to deal with insurgents without an air force? Does it really need Canada to kick the stuffing out of the bad guys? Of course it doesn’t.

The coalition, of which Harper is eager to be a part, is merely a P.R. ploy by Washington. A recent U.S. poll showed that when the air strikes against ISIS are presented as America and its Western and Arab allies working in concert, support for the mission in the U.S. is high at 73 per cent. But when the air strikes are portrayed as a unilateral American operation, support drops to 50 per cent.

Members of the coalition are merely helping President Obama to market the war back home, just as lobbyists like Hill & Knowlton were paid millions of dollars by the government of Kuwait to market the first Iraq War in 1990.

The other way the war on ISIS is being marketed is through fear mongering, this PM’s strong suit. Harper has worked up justifiable revulsion at beheadings like James Foley’s into the nonsensical proposition that ISIS represents a serious threat to Canadian security. If ebola doesn’t get you, ISIS will.


Canada's six F-18's won't tip the balance. But they will provide Harper with a weapon to use against his opposition -- particularly Justin Trudeau. Ottawa, he will say, is a place for real men. And, he'll bring up Robert Borden, in whose footsteps he will claim to walk.

But Borden ran a Union government. That is not Harper's way. He has not consulted the opposition at all. Harris doubts that, his claims to the contrary, he consulted his cabinet:

Please remember this man doesn’t give a fiddler’s fornication about anyone else’s ideas or opinion.


The last nine years have proved that Stephen Harper is no economic genius. History will record that he was no military genius, either. But, for the next year, that is exactly what he will try to convince Canadians he is.

Will they buy it? We shall see.

Email ThisBlogThis!Share to TwitterShare to FacebookShare to Pinterest
Labels: Canada Goes To War

Owen, look at the Country of Birth graph on the EKOS page. 48% of second generation Canadians say they will vote Liberal. Harper is losing his grip.

That's a really interesting statistic, Toby. Harper has relied on "the old and the gray" -- people like me -- to propel his career.

Obviously, not all of us buy his snake oil. It's heartening to know that the younger generation doesn't buy it, either.

Didn't Harper say, the US requested him to play a bigger role in this war against ISIS? Obama said he did no such thing?

I think most of the world would like Harper to vanish. He didn't do all that well in Wales. Harper gave his speech at the UN, very few attended.

China had mowed their students down, with machine gun fire. China is provoking and menacing other countries around the globe. Scores of Canadians are furious with Harper, for being a traitor. Who in their right minds, want a country such as Communist China on their soil?

It's really hard to take Harper at his word on any subject, Anon.


Harper manically battles on. His own desperate course for power continues. His desperate rule over and transformatio/mutation of Canada to his singlar vision is his only purpose. He declares war on all Canadians that stand in his way.

"The last nine years have proved that Stephen Harper is no economic genius" can not be repeated enough - it is the clear truth.

The useless, reckless PM needs to fadeaway or Canada will be lost.

Harper has always suffered from tunnel vision, Bill. And he's convinced that all Canadians should live in his tunnel.