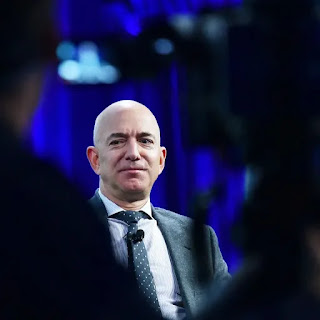 America's technocrats are in in a snit. Paul Krugman writes:

The sultans of Silicon Valley are in a political snit, with some billionaires suddenly turning against Democrats. It’s not just Elon Musk. Other prominent players, including Jeff Bezos, have lashed out at the Biden administration, and we now know that Oracle’s Larry Ellison participated in a call with Sean Hannity and Lindsey Graham about overturning the 2020 election.

The timing of this hard right turn by some tech aristocrats is remarkable given what’s happening in U.S. politics. It’s hard, for example, to imagine what kind of bubble Musk lives in that he could declare Democrats “the party of division and hate” at a time when Tucker Carlson, not a politician but still one of the most influential figures in the modern G.O.P., is devoting show after show to “replacement theory,” the claim that liberal elites are deliberately bringing immigrants to America to displace white voters. (Polls show that nearly half of Republicans agree with this theory.)

Why the storm in Silicon Valley?

The plutocrats railing against Democrats are also remarkably petty; nothing says “visionary titan of industry” like sending poop emojis. But the pettiness may actually be central to the political story. What’s going on here, I’d argue, isn’t mainly about greed (although that, too). It is, instead, largely about fragile egos.

Even if Democrats defy the odds and retain control of Congress this November, there is no realistic prospect of a New Deal-type campaign against extreme inequality. Furthermore, any conceivable redistributive policy would still leave billionaires incredibly wealthy, able to buy anything they want (except, possibly, Twitter).

What wealth can’t always buy, however, is admiration. And that’s an area in which the tech titans have suffered major losses.

The tech elite . . . had it all. Facebook’s Sheryl Sandberg was, for a while, a feminist icon. Musk has millions of Twitter followers, many of them actual human beings rather than bots, and these followers have often been ardent Tesla defenders.

Now the glitter is gone. Social media, once hailed as a force for freedom, are now denounced as vectors of misinformation. Tesla boosterism has been dented by tales of spontaneous combustion and autopilot accidents. Technology moguls still possess vast wealth, but the public — and the administration — isn’t offering the old level of adulation.

And it’s driving them crazy.

They have bigger egos than brains.

Email ThisBlogThis!Share to TwitterShare to FacebookShare to Pinterest
Labels: Technocrats In A Snit

It seems to me that part of the problem, Owen, is that the technical and monetary success of these titans is conflated in the minds of many with true brilliance, the latter sadly lacking in our fractured world, and conspicuously missing in the Benighted States of America.

As the latest Oxfam report states, "The super-rich have rigged the system with impunity for decades and they are now reaping the benefits. They have seized a shocking amount of the world's wealth as a result of privatization and monopolies, gutting regulation and workers' rights while stashing their cash in tax havens—all with the complicity of governments." As Krugman says, don't expect that to change under Biden, or Trudeau for that matter.

Wealth signifies wealth, Lorne. It certainly has no connection to wisdom.

The wealthy know how to buy what they want, Cap.

Tax them all equally and tell them that they are lucky we aren't sharpening up the Guillotines. For the record Owen, I'm an angry white man that isn't a conservative.

I suspect there are a lot of guys like you, zoombats.