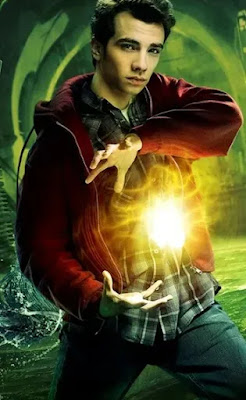 It's been a couple of weeks since Jason Kenney resigned as the leader of Alberta's United Conservative Party. Andrew Nikiforuk addresses Kenney personally in analyzing Kenney's failure:

Every day you managed to insult the electorate with a barrage of hubris and political bullshit.

You hammered health-care workers when they criticized your appalling incompetence during the pandemic.

You hammered ranchers and your own rural base when you brazenly defended open-pit coal mining in the Rockies.

You hammered environmentalists for exercising their rights to question the dysfunctions of a petrostate in a time of climate change.

You hammered university funding for being the source of unwanted ideas.

Hell, you hammered anyone who didn’t agree with you. Or challenged your authority.

It wasn’t enough to disagree with your critics. Your party stalwarts had to attack them, remove them from office, harass them online or disparage them in print.

And when it became clear even your own party was worn out from all that pounding, you couldn’t even resign with a modicum of grace.

And Kenney is still around:

After a brutal caucus meeting you emerged once again as “the boss” until a new leader is chosen and all for reasons of “continuity and stability.”

You then had the gall to portray yourself as an eternal victim on Edmonton radio: “I won a million votes in 2019, and 16,000 people forced me to resign.”

Your long-predicted political demise, of course, has elicited much commentary. Conservative pundits typically blamed the COVID pandemic for sowing populist divisions in an unruly party. Don Martin, a former colleague, even suggested that you deserved a better political death.

There are plenty of reasons for Kenney's failure:

In 2017 you, an Oakville boy, waltzed into Alberta and pretended to belong. Your admitted lodestar was the New York-based Manhattan Institute, the right-wing think tank founded by a British advisor to Margaret Thatcher and funded by the Koch brothers. Their “dark money” supported America’s radical right which served, well, the Koch brothers and their bitumen interests.

You assumed Albertans would be fooled by your pathetic props of a white cowboy hat and a blue truck. You then, by hook or crook, cobbled together two warring parties, the Wildrose party and the Progressive Conservative party, to serve your political ambitions. An RCMP investigation into voting shenanigans during the United Conservative Party leadership campaign remains on the books and incomplete.

During the 2019 election your political oratory of blame and outrage convinced Albertans that their political class long ruled by conservatives (who failed to conserve) wasn’t responsible for mismanaging the province’s oil wealth.

In truth the petrostate of Alberta had not diversified its industry nor its tax base. Nor had it prepared for oil price volatility. But you stirred the pot of irrationality, resentment and mendacity so expertly, and all for your own political gain, that insurrectionists now drive around Alberta with “Fuck Trudeau” flags and think that’s the new normal.

After feeding such dark politics, you did not expect the same genie of discord might want to screw you, too. And it did.

Like the sorcerer's apprentice, Kenney released the forces that eventually destroyed him.

As usual, brilliant writing by Andrew and a style that fits perfectly with Kenney's political career. A sneering sinister little closet case, no wife, no children screams about abortion and makes life as hard as possible for any critic. One of the more vomit inducing outcomes of this "leadership" review were the fawning tweets by equal failures as Christy Clark, singing his praises. By far this disgusting, evil little monster is the worst of Canada's political class, although Pierre is trying to ride the same black horse to power, his brand I believe will crash and burn before he gets anywhere near the reigns of power. Good riddance to bad trash, but like every parasite, he will remerge somewhere and we will have to hear about him again. That's a real shame. BC Waterboy

Bottled-up anger. That's all Kenney had to offer, waterboy.

Jason Kenney .. Is there anything good to say ?

Allow me a moment
As i get on my knees and pray
We don't get fooled again
https://www.youtube.com/watch?v=SHhrZgojY1Q

Good advice from our mothers, sal. It will help if he goes quietly.

Good advice from The Who, Anon. Please initial your next comment.