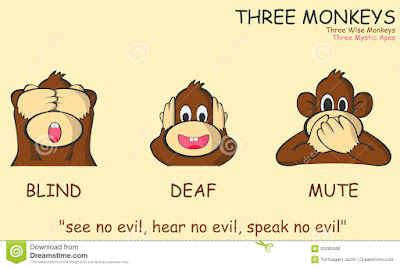 In Ontario, COVID  cases are sprouting like dandelions in the spring. Two of the party leaders are self-isolating. Martin Regg Cohn writes:

The Green Party’s Mike Schreiner disclosed his positive result just two days after sharing the stage with his counterparts in Monday’s televised debate. Horwath tweeted out her sympathies and good wishes to Schreiner, but by the next morning similar sympathy tweets were coming her way.

What’s notable is how little notice they both attracted. Fleeting stories and ephemeral headlines, to be sure, but their campaigns went on because the show goes on (as with other politicians across Canada and around the world who caught COVID before them — premiers and PMs, presidents and the Queen).

Holed up in her airport hotel room, sinuses stuffed up, Horwath assured supporters and reporters at her next scheduled event that the party had contingency plans for precisely such an eventuality. Beamed in via Zoom, the NDP leader appeared at a Sault Ste. Marie photo-op promising she was still a contender, thanks to vaccines and Tylenol.

The Greens’ Schreiner, too, has kept up his hectic schedule — off the campaign trail but online. No more staged arrivals in electric vehicles painted green in the party’s official colour scheme.

The takeaway message — despite the political script blaming Ford’s Progressive Conservatives for COVID claiming so many lives — is that life goes on. Schreiner was essentially asymptomatic, while Horwath had nagging throat and headache symptoms.

They talked about how other Ontarians had been far less lucky in their pandemic afflictions, and deserving of paid sick days. But the two leaders stayed on the job — living proof of living with COVID, and that democracy must also live on.

Meanwhile, as Monkeypox spreads, public health officials have suggested that we follow the same portocols that we have used for COVID. But fewer and fewer of us are following them. We have succumbed to that other monkey virus.

CBC Radio's been covering the massive crowds at the Toronto airport that have led to lengthy delays and missed flights. A passenger reported lines of over a thousand people being services by three customs agents. Calin Rovinescu, the former CEO of Air Canada, said that current air travel is at 70% of pre-pandemic numbers, while customs and airport staff are at 90%. He blamed delays on the remaining Covid screening procedures, and suggested we follow other countries that have eliminated them.

In the three interviews on the subject that I listened to, the issue of customs and airport staff being off sick with Covid was never raised - not once, in the middle of a freaking pandemic. The powers that be have decided the pandemic is over, so we're not going to talk about the 1,200 Ontarians still in hospital with Covid or the massive risk people are taking in overcrowded airports.

The truckers scared the hell out of the powers that be, Cap. And ordinary Canadians have gone along with them.

Horwath and Mike will be fine, lets none be overy dramatic here.

True, Gyor. But this does say something about us. We simply are wishing the virus out of existence.

Talking of Covid none of the oppo parties pressed Ford on his murder of the elderly by his inaction. Pity. But to rub salt nobody mentioned the law that he implemented that allowed Mike Harris and his fellow crims to avoid civil lawsuits.
Disgusting.

And it looks like he'll get away with it, Ben.

My brother and wife went down with Covid in rural NS this week. My best friend is now struggling with bronchial pneumonia, and last month my brother visiting from Calgary caught Covid in Halifax (maybe). All seniors "learning to live" with something that politicians have decided doesn't exist any more. The brother from out West described his bout with Omicron as aa amalgam of every bad cold and flu he'd ever had plus with symptoms of the dengue fever he caught in Aruba a decade ago. Just lovely. He's a health nut, and now back home and gymming, says he's just fine -- but his wife is still getting nasty headaches -- they and their doc now think she got it and passed it to my brother just before his flight to Halifax, so NS is off the hook. Of course when he arrived here and before he knew he was infected he found his daughter here stuying for an MA was down for the count with it, and so thought she might have given it to him. But the timelines don't quite work.

Deaths in NS from Covid were at an all time high this past week at 24, but Dept of Health (NOT Public Health) says cases are going down. Sure. Make tests hard to get, lose public confidence so three quarters of the infected don't even bother to go beyond unreported RAT tests, and "Cases are going down". What cruel irony.

So, I'm hoping my relatives and friend get over this with no long Covid. And my rage at politicians for abandoning the young under five and old to Covid is strong. They (provincial govs) all decided to not follow Public Health advice about the same week in late February. So the greaseball truckers won. Except, Europe and the US did the exact same thing at the same time or a week or two earlier. Well, who gives a darn about the proles, anyway? Young and old are unproductive mouths to feed, Talk about complete abandonment. I trust none of the political parties to do anything rational on the matter. Horvath seems apologetic she got Covid.

I believe it was in 1795, over 200 years ago that the first smallpox vaccine was developed, and smallpox supposedly eradicated by the 1970s. These days truckers probably wouldn't get a proven 200 year old smallpox vaccine (which is supposed to be 80% effective against the monkey pox) and claim instead it was the government out to poison them

Such is the utter dystopia of life today. The inmates are running the asylum.

Australia had its 3-yearly Federal Elections yesterday and the old Conservative Coalition that had been in power for 9 years was thrown out. Labour will either rule by itself, or in combination with the Greens. Three issues seemed to work against the Conservatives, in this order:
1] inadequate climate control measures;
2] lack of equality for women; and
3] not as vigorous Covid policies as Labour had.

In 2020-early 2022 Covid vaccines were free and mandated, but deaths are still occurring. So I am assuming that Labour will urgently increase the number of hospital staff and beds once they move into power tomorrow.

I agree, Bill. The clinically insane have the reins.

I'm sure millions of Australians are making the same assumption, hels.