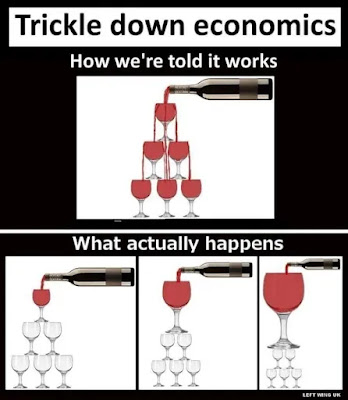 Canada’s largest corporations are making record profits and paying income tax at record-low rates, according to a new report from the non-profit Canadians for Tax Fairness.

The report found an “enormous increase” in the gap between what corporations would pay at the corporate rate stipulated in the tax code and what they actually paid. That gap grew to $30 billion in 2021 — an amount the organization says represents an “unexplained loss” to the country.

The report analyzed the profits and taxes paid by 123 of the country’s largest corporations with a market capitalization of $2 billion or more over the past five years. It found the annual tax gap in the three years before the pandemic averaged $13.5 billion, but that amount more than doubled — to $30 billion — in 2021.

“This was due to record high profitability combined with corporations pushing their effective tax rates down to record lows,” the report’s author, DT Cochrane, told the Star.

Amid inflation, growing deficits and a looming recession, “obviously this lost public money is concerning,” Cochrane said. “This unexplained loss of $30 billion could not come at a worse time.”

Obviously, something is terribly wrong. We've had forty years of trickle-down economics. After the financial collapse of 2008, you would think that we would have learned a lesson.

If you remember, the Libs tried to 'dip their toe' into tax reform back in 2016.

They botched it so badly and retreated so fast that while few plebes actually remember it. they ruined the chances of serious Canadian tax reform for at least one political generation.

I think they gave up on it even faster than vote-reform.

It's all about buying the government you want, PoV.

In the meantime, the people who work in this country are left carrying the load. Anyong

The problem is, Owen, that so many people see the Liberal Party as the party of the "middle-class and those working to join it," as Mr. Trudeau often proclaims. Time has shown repeatedly that their deep ties to the corporate world make them the party of big business. That, for example, they allow these loopholes to continue, and the paltry sums they have netted since the Paradise Papers' revelations attest to that fact.

The more money these companies earn the more tax lawyers they can employ!

The Liberals and the old PC's always had a solid foothold on Bay Street, Lorne. The Conservative Party now calls Calgary home. But the Liberals haven't given up their residence on Bay Street.

They're sharing the profits, TB.

The Liberals and Conservatives pass Canada back and forth like an unpaid underage hooker for themselves and for their corporate friends.
That's about all you need to know about how our politics work.
The NDP fail to deliver "the goods" so corporations withdraw and make the economy flounder and it is back to the principle procurers.
All the public lather around democracy, and tax reform and morale high ground and trickle down is just that ... smoke and mirrors lather.
Neither party had any consideration for the land or it's people EVER.
Rape, loot and destroy are the order of the day at political/corporate pleasure.
You would think we might have seen with MMIWG. Or the lesser abuses of underpay, homelessness, addictions, unemployment ... all easily curable IF politically permitted corporate tyranny was abolished.
But we like it with our Stockholm syndrome conditioned riddled minds, and hang on and defend our sham "representative democracy" thinking that we can fix a brutal abusive rigged system by tiny changes within.
IF. IF. IF we just vote correctly.
(that laughter you hear is coming from corporate board meetings everywhere )
Fun times living as the hypnotised.
Beware of moments of clarity. They will wreck your day.

You'd think by now we could see behind the curtain, lungta.

I agree, e.a.f. We're our own worst enemies.