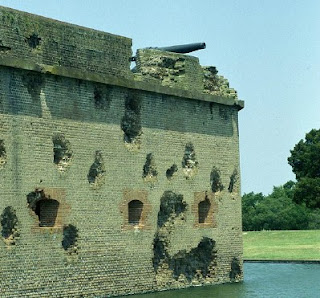 Albertans are talking about The Wall. It's not a new idea. This time around, Jason Kenney is leading the charge. Tom Walkom writes:

In early 2001, six notable Alberta conservatives penned an open letter to Premier Ralph Klein, urging him to build “firewalls” around the province that would protect it “from an aggressive and hostile” Liberal government in Ottawa.

Labelled the firewall letter, it came in the aftermath of a federal election that Jean Chretien’s Liberals — in spite of being almost shut out of Alberta — had won handily.

The six, including a young Stephen Harper, argued that the Liberals had won that election by marginalizing Alberta and its needs. The answer, they said, was to withdraw into Fortress Alberta and “take greater charge of our own future.”


Kenney says he wants to collect his own income tax, have his own pension plan, and his own police force. All of these ideas are also not new. Quebec has all of these things. And the provinces have always had the ability to opt out of federal programs:

Provinces have always had the power to opt out of shared-cost programs. Like most provinces, Alberta refused to join medicare when it came into force in 1968. It signed on eventually only because universal public health insurance proved popular.


But Walkom notes that:

It’s a little weird to see the old firewall ideas resurrected. None of the measures the Manning panel is being asked to examine have much to do with the real problems facing Alberta. These centre on the oilsands.


Albertans are caught in a  classic resource trap. The oil sands are a stranded asset. Their value continues to diminish.  Albertans face the same fate as the residents of Cape Breton, Scheffreville, and Asbestos Quebec and those who earned their living from the Canadian fur trade. And they have been put in that position by decisions that were made in Edmonton, not Ottawa.

Having their own police force may make Albertans feel better. But it will do nothing to solve the problems they face.

Image: Exploring Off the Beaten Path

Alberta has always been a land of perceived grievance. When, in the past, world oil prices peaked, they were flush with cash, boistrous and generally happy. When world oil prices tanked, they become angry. When Albertans become angry their political leadership goes with the tried and true option - scapegoating. Fanciful, even silly notions, sufficiently repeated become conventional wisdom.

Kenney is playing the game from the book written by most of his predecessors, Tories such as Klein, Manning and Harper. It's someone else's fault. Outsiders are the culprits whether they're in Ottawa or Victoria. God gave them that petro-sludge, 170 billion barrels of it, but a lack of pipelines or an obstructionist premier are denying them their divine blessing. They even claim the coast is as much theirs as British Columbia's.

Alberta seems convinced that geography has given it a divine advantage, Mound. But the province is landlocked -- which is a profound disadvantage.

So Kenney wants to create new bureaucracies to collect income tax, run a pension fund and police the province? Whatever happened to the Conservative obsession with small government?!

The three Jasonesque ideas are all flawed from an Alberta perspective. While Ontario and Quebec have a population that can support a provincial police force, Alberta would lose the economies of scale the RCMP offer . An Alberta Police would probably cost them more money.

Collecting their own income tax would mean an expensive new government department.

CPP is run pretty well ; the money is safe for future generations. Alberta has a pretty poor record of oil royalty investment. They just pissed the money away. Hard to believe that wouldn't happen with pension funds too.

Bite your nose off to spite your face Jason.

That's always been a talking point -- nothing more -- Cap. Ronald Regan used to opine that government was the problem. Then he left the biggest deficit -- in peace time time -- in American history.

People forget that the modern Conservative Party is the brain child of Preston's father Ernest, rumley. Manning ran under the Social Credit banner -- which espoused some looney economic ideas. Looney economics is still the foundation of Kenney's administration.


.. firstly.. its true. Albertans.. but not all Albertans, not at all
I have family spies all over the place out there
And don't any think for a second this is Jason Kenney
pimping this devious clump of HIS 'ideas' for Alberta

This is pure Harper Firewall ideology returning like a fetid zombie.
A 1 minute read from Wikepedia ring any current Kenney bells ?

One could easily suggest that Kenney, (who was already pretending to be a citizen of Alberta while living in the condo he owned in Ottawa) simply came 'home' to the warm embrace of a Conservative province, once it was obvious he was essentially unelectable as Prime Minister. Landlocked by Trudeau so to speak.. and his old excuse of saving his virginity for the right gal. just like Harper supposedly espoused until Laureen came around. But that just simply did not wash with eastern voters. Where are the white evangelical old stock voters.. right where he knew they were.. Fortress Alberta and Saskachewan. Harper was there, Flanagan, Ken Boessenkool, Ted Morton, Andrew Crooks, and Rainer Knopff.. the entire Firewall Gang.. plus many of the old Harper Government apparatchiks & clingons as well.. and the old goat Preston Manning, son of Ernest Manning. So Jason Kenney, perhaps for the first time in his life is actually a legitimate citizen of Alberta

There is a plenty of toxin, dirtbagging and hyperbole a flying.. Kenney is braying 'his vision' and spewing most of the key word bites from that Alberta Agenda.. the Firewall Letter as it was called. What could have been allowed to rust away - Conservative ownership of Alberta.. instead was given juice by Trudeau and his 'brain trust' Gerald Butts et al - gaffes. OK.. the Trudeau fails are far beyond 'gaffes', indeed as dangerous and shocking as Harper's Great Election Fraud scam.. What some MainMedia called 'hijinks' back then was 240 plus Federal Ridings under assault via the Conservative Electoral Voter Database and an order of poutine. The 50 million $ slid via John Baird to Tony Clement a hijink? Wiping out protective legislation re Canada's Navigable Waters a hijink too? Trudeau vs Ms Wilson-Raybould a gaffe.. No I retract the term.. We are being governed by failure.. not leadership.. its rife across the land.. and Jason Kenney has been handed the keys to Alberta for a blind date and his 'date' is Stephen Harper.. ergghhh ! Headed to the CarpetBaggers Ball

You've been very incisive these days, sal. "Carpetbagger's Ball" is just as meaningful as "the bewilderment."

What Kenny is about to do to the Alberta populace and the Alberta Treasury may be more carpetbombing than carpetbagging.

Both you and sal have a talent for turning a phrase, rumley.

but Jason may find it easier to have his political enemies arrested, like on some American states if he has his own police force and they certainly would not be investigating how he came to lead his party.

Jason is simply ranting on to deflect from the problems the province is facing. He has no plan B and he isn't capable of thinking one up either because he doesn't care about the people of Alberta. all he cares about is his own political career.

Other provinces saw their resources industries fade and people laid off. No one came to their "rescue". What makes Albertans think the rest of Canada "owes" them at this point in time. If they become a have not province, they will receive the same transfer payments other have not provinces receive. Alberta has had its shiny moment, failed to save for a rainy day and now the problems are there. Just because they had a good 30 yr run at it didn't mean it wasn't going to end.

Yes Owen, you're saying something about the precious resource sector that that no good libertarian would understand or ever has.

"Thomas Mulcair calls the strength of our resource sector a 'disease' ... Resources have been the cure not the problem, NDP."

I'll pay a nickel for that.

It's a variant in the family of diseases to which the one of which Mulcair spoke belongs, but it's a disease nonetheless.

You make good point, e.a.f. Most Albertans thought the good times were gonna roll forever. To his credit, Peter Lougheed knew that notion was foolish.

You're right, John. It's a disease and it has a long history in this country.

Yes, Lougheed did understand that and he also understood that people in rural areas needed services, such as hospitals, which Ralph Klien decided to close in some cases. Lougheed also liked to get what he paid for.

When Notley was elected it was as if she had Lougheed's play book in her desk.

as we can see, it is doubtful Lougheed would be elected in Alberta to day, even though he was a very good premier.