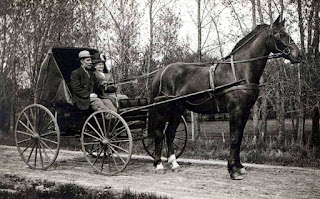 Jason Kenney is up in arms. Liberal energy policies are why Encana has headed south, he says. But, Alan Freeman writes, you could have seen this coming long ago:

Encana Inc.’s fate was probably sealed last year when its CEO, a Texan named Doug Suttles, announced that he was leaving Calgary and settling in Denver.

“We’re not moving other staff and no, we’re not relocating our head office,” a spokesperson for Encana told the Financial Post at the time. “There’s a definitive no to that.”

Right. If you believed that one, you’d probably believe Peter MacKay is a loyal follower of Andrew Scheer and never would think of undermining the Conservative Party leader to pursue his own infinite ambitions.


Encana has been investing a lot of capital in the United States:

The fact that Suttles had spent much of his time since being appointed Encana’s CEO dumping Canadian assets and bulking up on U.S. properties should have been another sign that this company wasn’t going to stick around in Alberta for long. According to Bloomberg, 80 per cent of Encana’s oil production now comes from the U.S.

From what I can see, Encana’s leadership had decided some time ago that its future wasn’t in Canada. Part of it had to do with betting big time, and badly, on being a natural gas producer in Canada just as the shale gas industry took off in the U.S. Its efforts to transform itself have so far been a failure and the market doesn’t seem any more convinced after yesterday’s announcement. Its shares dropped as much as 9.3 per cent, its biggest drop this year.

Companies move for lots of reasons. But I don’t think we should put too much stock in the timing in Encana’s case. Companies mull over these decisions for months, if not years. It wasn’t Justin Trudeau’s narrow election win that was the key to when Encana announced it was fleeing Canada. It was Encana’s PR advisers.


Encana encapsulates what is amiss in Aberta's oil economy. Even if the Trans Mountain pipeline gets built, Alberta oil -- particularly tar sands oil -- is being priced out of the market:

Alberta is still likely to be seen as a high-cost producer whose future depends in large parts on the oilsands, which is viewed not just by environmentalists but multinational oil companies and pension funds as a suboptimal investment in face of climate change concerns.


Kenney and Albertans have bet on the 21st century equivalent of buggy whips. You can see how this story will end.

.. 'Alberta is still likely to be seen as a high-cost producer
whose future depends in large parts on the oilsands'

Last I looked 96% of Canada's 'vast oil reserves'
was more than 'large parts'
3rd in the world.. those reserves and located in the tar sands of Alberta
In other words, more plainy spoken, even a wild assed guess
Could it be that almost 100% of Alberta's share
of 'all that wealth' (Trudeau) is Tar Sands Bitumen ?

Even Jason Kenney might agree
Bitumen resembles granular brown sugar, but its black
it aint 'and up from the ground came a bubbling crude' (Beverly Hillbillies)

We (Canadians) are being sold a 'petro superpower'
a pipedream to the ever growing Alberta Advantage fantasy
and so is Alberta.. as last I looked, Kenney had not succeeded
with jerking that province out of Canada - over the Rockies
and splashing it lock stock & bitumen barrel into tidewater
to float away to somewhere.. to vast markets, still to be named

Kenny is selling a pipe dream, sal -- and hoping for a pipeline.

"Oil sands" please. Tar sands is perjorative. And yes, we are governed now by an execrable provincial government clearly looking to the long squandered past for inspiration, rather than to an exciting future. We should have massive arrays of solar cells soaking up our abundant sunlight here in Alberta and field upon field of wind generation across the province, not just down south in the Pincher Creek area. We need to be active participants in the global energy transition.

Thanks for the link, Cujo. You're right. Alberta has abundant sunlight and wind. Where we live, there was a wind farm about to go into operation. The Ontario government has decreed that the windmills must be dismantled.

They're not into the future.

Tar Sands is hardly pejorative. Bitumen is not oil. It's good for blending into asphalt or for keeping the dust down on dirt roads. Our First Nations used it to pitch their birchbark canoes. It doesn't even flow like oil through pipelines. It has to be diluted with light oils, diluent, and even then it requires heating and high pressure to make it flow. It's a hazmat substance, laced with carcinogens, heavy metals and abrasives not to mention petcoke. Unlike oil, which tends to float and is broken up by wave action, bitumen, once the diluent comes out, sinks to the bottom where it remains in a gelatinous state, contaminating the water for decades. American authorities had to dig out the riverbed when an Enbridge pipeline ruptured into the Kalamazoo. I expect the recent major spill from the Keystone pipeline in the Dakotas will be a real bugger to clean up.

To call this Athabasca sludge fields the Tar Sands is in no way pejorative. To call it the Oil Sands is grossly disingenuous.

.. I appreciate Cujo's comment.. but not sure re the satirical or cynical view of our Salamander use of 'Tar Sands'.. I grew up with National Geographic & history books that explained the dinosaurs (older than Stockwell Day by some 6 million years) that were trapped in the tar sands of Alberta to await discovery by homo sapiens..

I was looking for work in Calgary and Edmonton.. and via Canada Manpower was grabbed and flown into the wilds near Swan Hills, Alberta as a heavy equiment operater.. I bulldozed the northern clay muck to help clear bush for creation of the oil fields and housing as they came in. Crazy times.. and Harper, Kenney et al still in diapers no doubt.. in Toronto. I have what is called.. 'standing' versus being a carpetbagger loudmouth who never had a real job a la Andrew Scheer

I directed and wrote the video scripts way back when, in the way before when the earliest IPO's for tar sands development were to go public on the Toronto Stock Exchange.. 'tar sands' was the term in approved scripts (13 drafts as I recall). I also wote and directed the IPO promotional & media video (12 drafts) that was created to take the TSO itself public !! But it was about currency exchanges, investment, blah blah, not resource extraction or pollution or extirpation of species.. everything was wonderful ! 'Money for Nothing & The Chicks For Free'. !! (Dire Straits)

As some might recall, I stand firm against conflating Bitumen into the holy grail of Benchmark Oil such as Brent or West Texas Intermediate. The whining about 'discounted Alberta oil' is fabulist conspiracy. When a pipeline bursts such as the recent spill of at least 1,500,000,000 litres.. MainMedia if they even notice.. call it oil, regardless of its origin, composition and destination and seller/buyer

Some of my best friends are firefighters.. even Captains or Chiefs.. I happen to know they concern themselves greatly re garage fires.. where people store all sorts of combustibles. To imagine Chiefs and their crews care little re the actual chemical composition of tanker trains or pipeline explosions or spills.. is laughable. Presumes they approach & attack fires and fumes from downwind or whim

I expect, no demand accuracy in terminology from MainMedia.. Diluted Bitumen is a hybrid and synthetic blend.. a slurry of refined diluent, conventional oil, synthetic crude and almost exclusively 'heavy sour in situ' Bitumen. Thus Western Canadian Select.. OilSandsMagazine.com a good source.. I suggest Jason Kenney and his oddfellows give it a read or at least the first page instead of bleating their contrived talking points..which are eagerly echo chambered by MainMedia as 'News' .. and Wexit (not western) dreamers of Separation For The Nation a la Harper, Tom Flanagan Alberta Firewall Letter signees & draftees..

Having spent time amid the asbestos mines in Quebec, sal, I've always considered the tar sands a mining operation. And the slag heaps -- like the slag heaps in Quebec -- are piles of poison.

As I wrote to sal, Mound, the stuff that comes from northern Alberta isn't drilled, it's mined.

doesn't matter what we call it, its just not good for us.

Kenny is carrying on like an idiot but he has to do something. There isn't as much demand for that Alberta stuff and there is unemployment. the "alberta stuff", is expensive to get out of the ground and into gas tanks. Companies always want to go with something less expensive to make their profit margins larger.

Kenny can't really blame Trudeau for the exit of EnCana. corporations go where they can make the most money and right now, that would be the U.S.A. that stuff they get out of the ground in Alberta is costly.

Kenny is panicking. he has no plan B to deal with the Alberta economy. About all that was there before oil and Fort McMurray was agriculture and it was a have not province. Unless he gets something together, it will once again return to its have not status. There is solar and wind power, but there is also lots of office space, great cities to live in like Edmonton and Calgary. Housing prices are lower. the future might be invite the tech industry. Vancouver and Victoria are very expensive. Calgary is an hr away and less expensive. They have an educated work force, which was in the "alberta stuff" industry, they can transition.

In 3/4 years and unemployment still being high in alberta, the voters will wonder what Kenny did for them. Perhaps the RCMP may have gotten around to dealing with the "fraud" Kenny performed during the "winning/stealing" of the leadership for the Conservative Party and it could be a whole different ball game. No matter what Kenny says or does, B.C. is still sitting between Albert and the ocean. if some of the Bands buy into the pipeline "fraud/deal" many of them will loose a lot of money. In my opinion Trudeau bought the pipelines to take it out of commission and to avoid any lawsuits from "oil" companies. It will keep some busy and in the end nothing will change.

.. an interesting point Owen.. Mound of course right on point as well. My understanding currently is that the great bulk of Bitumen extraction will be 'in situ' - essentially steaming bitumen from the deposits via astonishing amounts of free fresh water - I'm not so up to date re any additives a la fracking to facilitate the in situ process.. But rest assured, Trudeau and Kenney are currently 'negotiating venting' of the resulting toxified water and that is a horrendous failure at the highest Public Servant levels.. that MUST BE PUBLIC, IMMEDIATELY TRANSPARENT & ACCOUNTABLE.. we (Canadians) did not elect these clowns to pull dirty Harper style secretive omnibus tricks like this with no mandate whatsover to do so. Will coherent Albertans roll over for this long term escalating environmental disaster, and suck eggs ? Those constant massive toxic fluid dumpings will head through the boreal and First Nation waters & on to the Arctic.. Truly, are Kenney and Trudeau insane ?

I don't know how all of this will shake out, e.a.f. But I don't think it will end well for Kenney. As for Albertans in general, we'll see what happens.

There are mountains of carcinogins in those slag heaps, sal, looking for a way to the water.