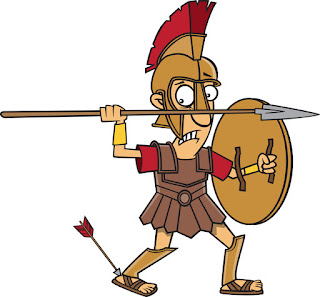 Doug Ford is setting himself up for failure. He's looking at province wide teachers' strikes because he has failed to learn the lessons of recent history. Martin Regg Cohn writes:

Like Harris before him — and without learning the lessons of McGuinty after that — our current premier has set the stage for confrontation.

With a difference. In their defence, the Liberals in 2012, like the PCs and NDP in the 1990s, were facing undeniable constraints — a recession, a runaway budget, and an economic crisis.

Today’s Tories, not so much. To be sure, there is a debt overhang, but the deficit figures are dramatically overstated — literally and figuratively speaking:


Ford's wildly overstated deficit makes his claim that the province faces a fiscal emergency a fiction. However, the Tories just passed legislation limiting pay increases in the public sector to 1%. That tactic has been tried before:

I think it is due to the fact that governments fail to recognize a hard job requires rewards that are reflective of the continued rise in cost of living not to mention other rewards to protect health and safety. Teaching is a difficult job because the parents and the bureaucrats are difficult. Their expectations of educators far exceeds their own knowledge. Any educated individual understands much better and is prepared to assist their teachers by helping their own kids with their math or French etc,. It seems it isn't even a question of Partisan politics anymore and is entirely based on not giving in to a workforce that they constantly vilify for political gain amongst the under educated mob. Don't be afraid to stand with teachers. It is one union that we can't afford to break.

Ford's folks wear their animus against education like a badge, zoombats. And, when it comes to high school teachers, their salary demand is two percent -- the rate of inflation.

The CRAP Party's politics of disrespect worked for Chainsaw Mike, so why can't it work for this other guy too? It's there in almost every household and it feeds on itself. It produces shitty results but everybody's so busy being pissed off that they never see them coming till they arrive. Don't bother wasting your time asking them what they think happened and certainly never why.

Is always easy to figure out why, John -- because their mad. And angry people don't think clearly.