A Pandemic Of Political Lying 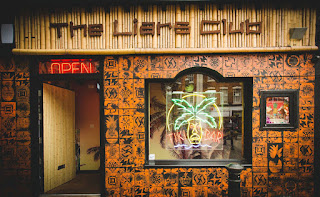 Having spent a lifetime digging out facts to reveal the truth, I have to acknowledge it — the compulsive liars running countries are winning the communications war.

The only issue now is whether the liars can be stopped. If Canada wants to side with truth, it should start by regulating political advertisements. We know Facebook won’t do it. And that the nation to our south has become a laboratory for mad scientists of propaganda.

This week Israeli Prime Minister Benjamin Netanyahu, freshly indicted on criminal counts of fraud, bribery and breach of trust, accused police and prosecutors of staging a “coup” against him. U.S. President Donald Trump used the same word to describe his confrontation with the constitution and the law. Like Trump, Netanyahu is accusing his accusers — without evidence — and whipping his followers into a frenzy against the justice system. The key prosecutors on the case now have bodyguards.


Then, of course, there's Donald Trump:

Everyone knows Trump’s pants have been on fire since the day he lied about his “landslide” victory in the electoral college after the 2016 election. He boasted on Twitter that it was the “biggest since Reagan.”

Since that inauspicious day when the new commander-in-chief ushered in the Bullshit Presidency with a lie, Trump has told thousands of them.

How many thousands depends on which gatekeeper you cite. Daniel Dale, formerly of the Toronto Star and now with CNN, put the number at 5,276 this summer; Glenn Kessler of the Washington Post says the lies and misleading statements stand at 13,435; and the New York Times reports that there are 1,700 tweets using “conspiratorial language” on Trump’s Twitter feed.


And Boris Johnson appears to be in a competition with Trump:

Outgoing European Commission President Jean-Claude Juncker, who now says he regrets not standing up to all the disinformation, adds that Johnson was one of the biggest of the Brexit liars.

Johnson’s most infamous whopper was that the U.K. would have an extra 350 million pounds a week to spend after leaving the EU, money that would have gone to Brussels. That windfall would have been great news for the U.K.’s beleaguered National Health Service — had it been true. But the real number was at least 100 million pounds a week lower, according to the UK Statistics Authority. Others put the savings at less than half the amount Johnson claimed.

Johnson lied. He left out money the U.K. received back from the European Union, and his claim was grossly deceitful and grossly calculating. It was also effective, just like other lies told by Brexiteers Jacob Rees-Mogg and Nigel Farage that Turkey was about to join the EU and Britain would soon be overrun with Muslims.


The liars are everywhere. And democracy is under siege.

Email ThisBlogThis!Share to TwitterShare to FacebookShare to Pinterest
Labels: A Pandemic Of Lying

It seems pretty obvious, Cap. The Right relies on lies to win -- or stay -- in power.

You left out Don Cherry

And, unlike others, Cherry paid a price for what he did, Steve.

Many years ago there was an item on 60 Minutes that featured two GOP communications experts quite candidly discussing how the Republicans learned to manufacture 'truth' out of whole cloth. They used the 'swiftboating' of John Kerry as their example.

The process entailed stratifying the media. It began with 'open mouth' radio, the Limbaugh brigade. They planted the seed. After sufficient repetition the story moved up a half-degree to the opinion types on cable TV - O'Reilly, Hannity, the FOX guys.

The next step was to elevate the story from the opinion side to the news side of FOX. This is where the lie was introduced by "many are saying" or "it's widely believed." More churning, more churning, the story becomes fact.

Finally it permeates into the top tier, the major networks and newspapers who, not wanting to appear oblivious, begin running the story with steadily declining qualifiers. Then, what began as a complete fabrication, is laundered into conventional wisdom.

These two characters were quite open with 60 Minutes. They were not ashamed of manipulating the public. They grasped the power and relatively low risk of lying.

Today we've reached a point where the falsehood can come directly from the mouth of the politicians. The public has become inured to their lies, complacent to them.

What is the result? A deeply broken, Lord of the Flies society, in which camps now distrust, suspect, even despise each other. Politics that once was two competing views of a common fact now flays away with two contradictory, irreconcilable realities. Sometimes one side is grounded in fact. Sometimes it's neither.

A population so corrosively divided but, at the same time, untethered is all but powerless to resist even blatant lies.

And, in the end, citizens become convinced that not only can you not trust people, but you also can't trust the institutions which they used to be deeply invested in. Thus, the whole ediface crumbles -- destroyed from within.

.. I vividly recall Stephen Harper escalating deceit to a daily practice. His tactical stroke of genius was realizing if he lied every day.. either himself or via his lessers & peons (Ministers and spokeswanks) nobody would or could keep track.. and any journalist who tried to reflect the totality or even a summary of the deceits, would only succeed in making people's eyes glaze over daily.. Kenney saw this explained and utilized in caucus and via PMO. (look at Paul Calandra and the buffoon Del Mastro)

This is where Donald Trump has gone even further.. into sheer absurdity.. is it 'lying' when you begin crafting & excavating within absurdity or must insane performance ? Just deeper & deeper levels of madness & depravity.. complete descent. He just doesn't care.. and likely never did, but now as President, with essentially no financial cost, he can spit in the eye of civilization, piss on the floor of The White House.. He's turned Richard Nixon and his thugs into mere historical footnotes.. He is headed for Caligula status.. but is really just an out of control grifter

That's the bottom line, sal. He's an out of control grifter. What's amazing is that so many people don't mind if their pockets are picked.