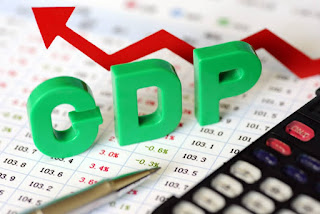 Joe Stiglitz writes that we are facing three crises:

The world is facing three existential crises: a climate crisis, an inequality crisis and a crisis in democracy. Will we be able to prosper within our planetary boundaries? Can a modern economy deliver shared prosperity? And can democracies thrive if our economies fail to deliver shared prosperity? These are critical questions, yet the accepted ways by which we measure economic performance give absolutely no hint that we might be facing a problem. Each of these crises has reinforced the fact that we need better tools to assess economic performance and social progress.


Yet we seem paralysed when it comes to dealing with them. One reason for this paralysis is that we use the wrong metric to gauge our progress:

The standard measure of economic performance is gross domestic product (GDP), which is the sum of the value of goods and services produced within a country over a given period. GDP was humming along nicely, rising year after year, until the 2008 global financial crisis hit. The global financial crisis was the ultimate illustration of the deficiencies in commonly used metrics. None of those metrics gave policymakers or markets adequate warning that something was amiss. Though a few astute economists had sounded the alarm, the standard measures seemed to suggest everything was fine.


But everything is obviously not fine:

We see this in the political discontent rippling through so many advanced countries; we see it in the widespread support of demagogues, whose successes depend on exploiting economic discontent; and we see it in the environment around us, where fires rage and floods and droughts occur at ever-increasing intervals.


Economists have been working on establishing better metrics and they've been making progress:

Fortunately, a variety of advances in methodology and technology have provided us with better measurement tools, and the international community has begun to embrace them. What we have accomplished so far has convinced me and many other economists of two things: first, that it is possible to construct much better measures of an economy’s health. Governments can and should go well beyond GDP. Second, that there is far more work to be done.


It's time, Stiglitz writes, to ditch GDP as a measure of progress. The future of the planet -- and of humankind -- depends on better metrics than GDP.

Image: Money Crashers
Posted by Owen Gray at 9:20 am

Email ThisBlogThis!Share to TwitterShare to FacebookShare to Pinterest
Labels: Metrics Of Progress

"Though a few astute economists had sounded the alarm, the standard measures seemed to suggest everything was fine." And that in a nutshell is why GDP reigns supreme. Nobody wants a metric that accurately points to economic or social problems. They want to pretend that everything's alright. Politicians especially don't want to address the climate, inequality or democracy crises.

It's the Sergeant Schultz take on public policy, Cap. They see nothing at all.

I suspect that unless or until a threat to the system that has allowed the entitled to thrive is keenly felt, Owen, nothing will change. Mere orts from the table will be deemed sufficient until then. Remember how, before the fall of the Soviet Union, rampant capitalism was held in check; it was only after the fall that its rapacious nature returned in full force.

The GDP is a poison pill. When we think about it things like war, pollution, disease, poverty,etc should all subtract from an economic metric. At the time hurricane Andrew provided a large boost to Florida's GDP but to those ruined by the wind it was no boost at all.

Have a look here: https://www.investopedia.com/terms/g/gpi.asp

As a species, we're not known for our foresight, Lorne. Only when we realize that we face annihilation do we move. And, when we get there, it will likely be too late.

Thanks for the link, Toby. Something like a GPI seems to be a much better metric than GDP. Will we be wise enough to adopt it? That's the question.

The focus on GDP acts as a convenient "cut out." It prevents having to go into a deeper exploration of economic performance. This suits a special interest at the expense of the public interest.

Economists who champion "steady state" or "whole earth" economics such as Herman Daly have long argued that quality of life is the true measure of economic success. We have been conditioned to blur the distinction between quantity (GDP) and quality. That was easily done in the past era when there was ample room for steady growth, when the rising tide might float all boats. It has progressively failed us as we reached the limits of growth. Now a few boats are floated to the detriment of the many, the precariat, whose boats have sunk leaving them to tread water.

The great problem is a profound lack of public awareness. The prospect of change evokes fear. We see this every time the subject of electoral reform comes up. People fear change that the more difficult their plight the more fearful they become. Deer caught in the headlights. That's when they're most vulnerable to the latest huckster promising to turn back the hands of time.

It's one thing to put on a parachute but it's quite another to launch yourself out the door.

I see that you too have blogged on Stiglitz' op-ed, Mound. H.G. Wells was right. "Civilization is in a race between education and catastrophe. Let us learn the truth and spread it as far and wide as our circumstances allow. For the truth is the greatest weapon we have."

I really want to publish the link you sent, Anon. But I ask that anonymous comments be initialled. Can you send your coment back with a couple of initials and I'll publish it.