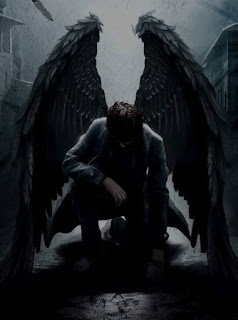 Yesterday, there were all kinds of smoking guns in Gordon Sondland's testimony. He exploded all the Republican defences of Donald Trump. Max Boot writes:

“Was there a ‘quid pro quo’?” Sondland said under oath. “With regard to the requested White House call and White House meeting, the answer is yes.” The sound you hear is Republican denials of a quid pro quo exploding. Sondland went on to say he was acting on “the president’s orders” in demanding that Ukraine announce an investigation of the company that employed Hunter Biden — although not to actually carry out the investigation. The distinction is significant because it undercuts the Republican conceit that Trump was genuinely interested in fighting corruption. In fact, he was only interested in damaging a potential political foe.

Sondland also destroyed the Republican cover story that he, former special envoy to Ukraine Kurt Volker and Energy Secretary Rick Perry (the so-called three amigos), were acting on their own to blackmail Ukraine. “Everyone was in the loop,” Sondland said, and he made clear that by “everyone” he meant not only the president but also Vice President Pence, Secretary of State Mike Pompeo, acting White House chief of staff Mick Mulvaney and former national security adviser John Bolton.

If this were a movie, the next scene would be Trump resigning the presidency in disgrace. But real life doesn’t work like reel life. There was no sign of Republicans abandoning the president after Sondland’s blockbuster revelations.


Trump won't resign. And the Republicans will continue to deny the facts that are before their eyes:

The Republicans took great comfort in Sondland’s admission that “Trump never told me directly that the aid was conditioned on meetings,” even though he also said “it was abundantly clear there was a link” and no other credible explanation for the aid holdup has ever emerged. Republicans also continued to pretend that Trump did nothing wrong because, after the whistleblower came forward, Trump said, “I want nothing” and the aid to Ukraine — though not a White House meeting — was finally delivered. Republicans are convinced that 2+2=22.


A country which was founded on the ideals of The Enlightenment is on the edge of a new Dark Age:

In a sane world, Sondland’s testimony would have ended the Trump presidency. But Republicans have made clear that their devotion to Trump is irrational and, like other religious faiths, not subject to rational refutation. Without an actual tape of Trump ordering a shakedown of Ukraine — and maybe even with one — Republicans will not be shaken in their cultlike devotion to the president.


Their Darker Angels could well carry it all away.

Looks like Max is surprised that the Republican Party is full of Republicans. I'm not buying the "cultish devotion to Trump" line. The Republican party was irrational and not subject to refutation long before Trump came down the escalator at Trump tower.

Ten investigations, including 6 by Republican-led committees, into a minor incident in Benghazi. Astroturf "Tea Party" protests allegedly about deficits from a party notorious for running them up. Denying hearings on a Supreme Court appointment. Lying the country into war against Iraq. Max Boot and his never-Trump ilk were all on board for this earlier crap and now they act surprised that GOP goes along with Trump when he turns it up to 11.

The GOP loves the irrationality and lunacy. It's who they are and what Max Boot, Fox News and the rest of the right-wing media circus helped create. GOP pols get paid big bucks to push the lunacy straight into the national bloodstream. They're not going to stop no matter what happens to Trump. The party itself needs to be destroyed, just as the Nazi Party was after WW2.

I agree, Cap, that it's not enough for Trump to go down in the next election. It's imperative that he take the Republican Party down with him.

Oh, Owen.... I'm down in Arizona with a wad of other snow-birds (Canadian & American) and I have to tell you that I am aghast and more than surprised that there are many US folks have no problems overlooking all the negatives that their Prez presents. Their position is unequivocal: that Trump is doing great things for the USA and those darn Democrats are trying to stop all those great things, such as not letting other countries take advantage of the US, keeping all those foreigners out and lastly, just look at our economy!!!

It absolutely boggles the mind.

.. the 'Great Comuppance' ? The 'Cleansing' ? Who knows what may be coming.. Trump is a posturing preening grifting buffoon.. and he is doing America a big favor by proving what and who the 'deplorables' actually are. Its a collective madness.. like tolerating a rabid creature in their midst.. indeed enjoying being carriers themselves.. Show me that even 1% of the GOP (aside from Robert Mueller) can bring a rational, shocked perspective to what is currently going on. Out of nowhere, Trump picked up massive numbers of the stupids, the ignorant, the ridiculous, the senseless, the evil, the rascists, supremacists, the political carperbaggers obstructors liars deceivers and American traitors.. the foolish simplistic rabble.

I believe he will be impeached by the House, Declared wonderful by the Senate. Astonishing !

The Democrats certainly are no knights in shining armor.. and Hillary far from being Joan of Arc. But she thought 'it was her turn' .. Big mistake. America was not & likely is not.. ready for a woman President. Especially one tainted by misc issues and history. The question remains re Republicans who have an ounce of backbone.. and do not wish to end up on a slag heap of history.. bad history, disgrace forever. I believe the'Trump Era' will end in disaster. More and more scandal and stupidity and greed will be revealed. Without a truly remarkable Democrat candidate to swoop in. I believe the Dems should run an empty chair. Make Trump resign during this administration.. or the next.. and force an election with Pense or whomever.. versus a wicked strong candidate. Along the way, target and clean out the garbage in The Senate. A Candidate to take out Trump ? It sure aint Biden.. US politics is a toxic, even radioactive slag heap or septic tank.. and almost half the population inhabits the same territory, but with about .005 of the wealth found in the GOP

Even more astonishing ? We have a political party at the federal level and several at the provincial level who are enchanted by the GOP.. what does that tell us ??

Sadly, Lulymay, I think Mark Twain was right about his fellow citizens: "The fools are the majority in any town."

It tells us that stupidity is a virus, sal. It spreads easily and quickly.

This is what Bolton called a "drug deal" and chose to have no part of. If the House Dems can't get him to testify we may have to await Bolton's promised tell-all book. I expect at this point, a pariah to the Trump Republicans, Bolton is looking for a nest egg. Dishing on The Donald should be good for plenty of bucks.

I understann Bolton will reap something like $2 million for the book, Mound. Unfortunately, like so much else about the Trump Era, it's all about the money.

Eventually we'll have to admit that Richard Nixon was on to something when he remarked that 40% of the people in any given constituency are just too stupid to be trusted with the vote.

Nixon was a nasty guy, John. But -- unlike Trump -- he was also smart. And, when it came to American voters, he knew what he was talking about.

what is going on now in the U.S.A is a culmination of what some right wingers, christian taliban, have been working towards for decades, starting back in the Reagan years, no
government interference in their lives and their 'christian values" taking priority. of course no government interference in their lives doesn't mean they won't interfer with other people's lives, such as their stand on LGBTQ rights, rights to choose, etc..

These people don't care how they achieve their ends. they believe their god will forgive them for what they do to get there. trump came along at the right time. didn't matter he was a serial adulterer, lousy businessman, etc. then we have a large group- of americans who didn't understand low taxes and lack of "government interference" translates into no government programs to keep you and your community afloat or provide decent schools and health care dtrump gave them some thing, one to blame and they were off to the races.

this was also the perfect time for corporate america to gain what they wanted and trump, only too happy to please them and benefit himself, granted all the tax reductions the financial elite could want in one shot Even his demanding interest rates stay low benefits him to approx. $800M a yr.

repulbicans are republicans and that won't change. many put party over principle, were afraid to stand up for what they believed and took the easy way out and left--all those who didn't run again.

the U.S.A. is a country in decline internally and externally it is no longer to be trusted. if the rest of NATO can take one lesson here, its get your armaments/military up to date with a lot of investment because the next time Russia or china start to move, the U.S.A won't help you. for countries which have agreements with the U.S.A. you don't, trump, will cancel them any time it works for him personally, i.e.money to be made. we have only to look at what he did to the Kurds. IF the Iranian protesters think the U.S.A will do anything to help them, they won't. dtrump and the oil companies simply want the Iranian government to fall, so they can step in and swoop up all the oil Iran would find itself being a part of another country.

NATO needs to pay attention because the next incursion by the Russians will be into the Baltic countries. He wants those ports and the land back, if only for his ego. If Trump and Putin ever wanted to carve Canada up and each take half, who do you think will stop them? Don't think it can't happen. we are returning to the age of the corporates and the dictators. Just read the history of the 30s and 40s of the last century and you'll see what we are headed for.

This is all eerily familiar to what happened in the '30's, e.a.f. Those who refuse to learn from history are doomed to repeat it.