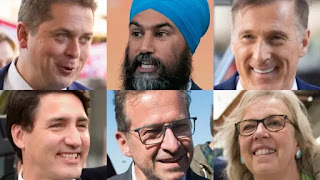 Some commentators claim that Justin Trudeau is in a precarious position. Tom Walkom isn't among them. Trudeau, he writes, has an extraordinary opportunity: "In a strange way, the makeup of the Commons in this hung Parliament also gives the Liberals both an incentive and an opportunity to be unusually bold."

In 1972, Pierre Trudeau’s cumbersome and overly bureaucratic Liberal government was reduced to minority status. But the elder Trudeau used this setback as an opportunity to recalibrate his government and seize the issue of the day, economic nationalism.

With the backing of the NDP and in an effort to reduce U.S. control over the Canadian economy, he established the Foreign Investment Review Agency. Under NDP pressure, he also set up a national oil company, Petro-Canada, to confront the major, foreign-owned energy giants.

In the mid-1960s, a minority Liberal government under Lester Pearson and backed by the NDP seized the moment to create the architecture of the modern Canadian welfare state, including medicare, the Canada Pension Plan and federal funding for social assistance.

This history provides two lessons for Justin Trudeau. First, boldness works. Trudeau may not be able to get all provinces to agree to, say, a universal pharmacare program. But that doesn’t preclude him from establishing the legislative framework for one.

When the federal law governing medicare came into effect in 1968, only two provinces — Saskatchewan and British Columbia — signed on. The rest joined later. New Brunswick, the last to adopt medicare, didn’t do so until 1971.


So change didn't come in one fell swoop. But, if Trudeau knows how to deal with the other parties in the House, significant change -- and progress -- can happen.

As they say in Quebec, "si ma tante en avait, on l'appellerait mon oncle." Trudeau Jr. hasn't the smarts or the stones of Pearson or his father. He also enjoys neither the cabinet talent that both Pearson and his father had, nor the public sense of optimism that government could act to better the lives of all Canadians. In other words, there was nothing in Act I that leads me to anticipate stunning success in Act II.

You may be right, Cap. Character is destiny. This is a test of Justin's character.