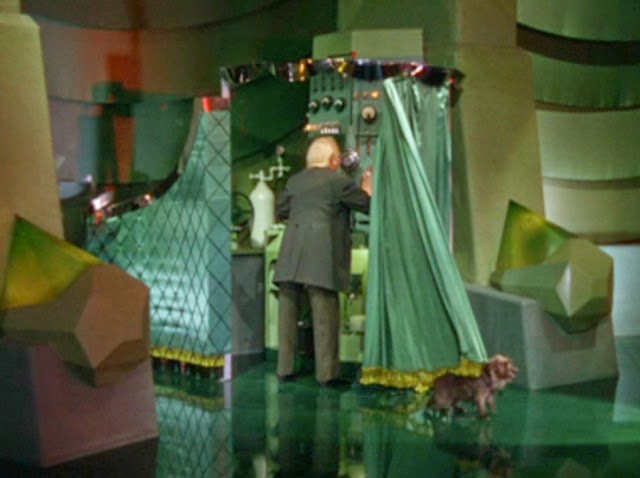 Andrew Coyne is a philosophical and an economic conservative. So one would expect that he would support the present government. But he saw through the facade long ago. Despite his conservative bias, he has very little good to say about the Harper government:

If the nastiness of its politics is the dominant impression of this government, it is in part for lack of anything else to identify it. It seems so pointless, all this poisonous effort for so little actual accomplishment, until you realize that is the point: The partisanship is in place of the policy, not in pursuit of it. The end is only power, and power is, with few exceptions, the only thing of consequence this government has achieved.


Coyne sees the government's critics as inconsequential -- a judgement that will either prove valid or invalid. Nonetheless, Coyne writes:

It is the belief in this government’s consequentiality that, oddly, unites its critics and its friends. Much of that, I think, is bound up in the prime minister’s persona. Foes see a ruthless revolutionary; fans, a sober-sided, get ’er done chief executive, capable of making, as a Globe story put it recently, the “tough decisions.” He seems a formidable character, for good or ill: It is hard to believe that all that intelligence and self-discipline could not be in the service of some larger purpose, or at least some grander strategic design. Even dispassionate observers like Maclean’s magazine’s Paul Wells, in The Longer I’m Prime Minister, attribute to him a vast, if incremental, efficacy: so incremental it eludes the naked eye.


That judgment has always seemed -- to me, at least -- weak minded. Harper is a Canadian version of the Wizard Oz. If he's been successful, it's because he has been allowed by an apathetic public to operate behind a curtain. And he does his best to keep the curtain drawn.

Email ThisBlogThis!Share to TwitterShare to FacebookShare to Pinterest
Labels: The Wizard Of Blah

I think a few things are working against Harper now, Owen. One is his profound unlikeablilty, which is leading many disaffected Cons to look for alternatives. (Chantal Hebert writes about this in her column today: http://www.thestar.com/news/canada/2014/10/20/anybodybutstephen_harper_trend_gains_momentum_hbert.html)

Secondly, the incrementalism that Paul Wells so much admires is really not that subtle at all. Hopefully, Michael Harris' new book on Harper will remind enough people of what the agenda has been all along. And the ongoing CRA harassment of Harper critics should offend all fair-minded Canadians.

The curtain was pulled back on Harper long ago, Lorne. From what I read, Michael Harris has torn that curtain down. Harper has nowhere else to hide.

Coyne overlooks the key fact. Harper's "consequentiality" doesn't arise out of what he's created but what he's destroyed, dismantled, sullied. He's a prime ministerial wolverine who has broken into the cabin of the Canadian people, eaten his fill and then, as a gesture of sheer malevolence, pissed on everything he couldn't eat and had to leave behind.

Harper has created nothing. His former BFF,Tom Flanagan, long ago stated that Harper has no vision, no interest in vision. Vision is for creators, not destroyers. Vandals have no need or use for vision.

No one and nothing else counts.

And yet Coyne claims that this is one of the least corrupt government he has known.

Really? For a start, how many Canadian governments do we know of where the Chief of Staff, the guy who runs the PMO, had written a big fat cheque to a sitting Senator/legislator with the apparent intention to shut the latter up and stop him from co-operating with an ongoing audit into his alleged wrongdoings?

And then there was the whole F35 fiasco. How many Canadian governments have tried to lowball the costs of any purchase by $60B (DND finally admitted that the life cycle costs would have been $70B whereas Harper initially claimed the entire cost was only $9B, and that he also had a contract with LM to prevent any further price increases).

I have lived in other countries and I have never seen any government, other than this one, try to lowball any purchase, military or otherwise, by 600 %. That, for Coyne's sake, would have been big time corruption had it not been exposed and stopped.

While Coyne's other observations of Harper seem based on facts, one has to wonder whether he was so desperate to say something positive about Dear Leader that he (Coyne) ended up sounding quite confused.

Other governments might have been corrupt with the smaller stuff but Harper seems to go for the bigger stuff. Even Coyne should have been able to discern that.

The man behind the curtain lied regarding, the war with ISIS. Harper was told he wasn't needed and what the opposition said was? All Harper will do is, invite terrorist attacks on Canada. That is exactly what has happened.

Harper was an abysmal failure in Wales. Harper forced his way into this war, to try and redeem himself. Harper sold Canada to Communist China. Harper is a pariah, that no-one wants.

Unfortunately, Harper still has people who will vote for him, Anon.

"He's a prime ministerial wolverine who has broken into the cabin of the Canadian people, eaten his fill and then, as a gesture of sheer malevolence, pissed on everything he couldn't eat and had to leave behind."

I take umbrage with the fact that the Mound compares Harper to the Wolverine. The Wolverine is indeed a ferocious predator, yet it is a noble beast. I have seen films of Wolverines enjoying a slide down a mountainside, simply for the sheer pleasure of being alive, something to which the Harperites can never attest.

I would compare the Harperites to sewer rats, but I am loath to insult sewer rats.

Harper calls his mission in Iraq "noble," Anon. Those who know nothing about the word love to use it.

The secrets of harper's success:

An incompetent opposition and a spineless populace.

I don't find him formidable in the slightest. I think he's a mediocrity to tell you the truth.

.. Coyne suffers either from memory lapse.. or lack of room on the page to truly list the Harper Failures Fallacies and Deceits. Wolverine, Quisling, despicable political animal.. well take your pick.. Harper continues to violate Canadian values and democracy, every single day.. and every single distraction or red herring is seized upon by his complicits to buy more time, evade critical examination and demands for adherence to public service and those faded election promises.. He is selling Canada and Canadians out, to his vanity, sociopathy, big energy, China and Israel.. and some twisted Rapture arrogance

Oh, he is absolutely mediocre, thwap. He represents the triumph of our worst instincts.

Coyne should know better, salamander. His attempt to give Harper credit for something betrays a very selective memory for facts.

Sure enough Owen your anonymous posters were correct in calling Harper Hitler.

I as a Canadian never wanted to go there but with Harper's announcement in the house of commons one day previous to the unfortunate hit and run and then the shootings in the parliament?

It does not happen that way it is a lie, you can not enter the Parliament without previous clearance?

So is it some assholes with guns that were familial with the Harper's, gained entry?????

Let us go bomb the the living crap out of the next so called third world country eh?

I don't believe that Harper had a hand in yesterday's events, Mogs. But I'm sure he'll try to turn them to his political advantage.

that is because Coyne is a true conservative and harper not so much. harper is in my opinion, a radical, an extremist.

All P.M."lets go to war and kill'em all" harper cares about is his "agenda". How he achieves it is of little concern to him, as long as he achieves it. As he said,, when he was finished with Canada we would not recognize it.

Now that we have two deaths of Canadian military personnel harper has his election issue. With his proposed leg. to steal "work product" from the press, the attack ads against Mulcair and Trudeau are in the "can" Expect them to air a week after the last funeral, where we can expect his "great warriorness" to give the eulogies.

This may not have worked for those who were killed, but its working ever so well for harper.

great post on Laila Yuille's blog in B.C. about the people who ran to aid the man who was shot. harper and his herd, in lock down. about says it all.