What Will the Liberals Do? 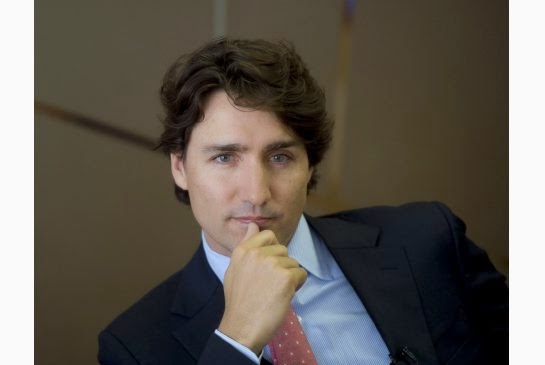 Stephen Harper is going to war, believing it will help him get re-elected. Chantal Hebert writes that, in adopting the same rhetoric he used to support the American invasion of Iraq in 2003, he may speed up his departure:


In the House of Commons on Tuesday, the prime minister added that the U.S.-led intervention was “noble and necessary.”

As leader of the Opposition a decade ago, Harper’s case for Canada’s participation in the American-led coalition against Saddam Hussein was also essentially based on the contention that the country had an absolute moral duty to join its closest allies in a quasi-holy war.

Except that crusade did not work out well. It destabilized the entire Middle East and created the situation which has led Barack Obama back into a quagmire he sought to avoid. So far, the United States has actually built a coalition and has not engaged in shock and awe.

With their squeezed budgets, the truth is that the Canadian military can't do that much. The NDP appears to be opposed to the mission. The questions is, what will the Liberals do? Hebert writes:


From pipelines to international trade, there is no lack of examples of general Conservative policy directions upon which Justin Trudeau has been content to stick a Liberal smiley face rather than chart a substantially different course.

Up to a point, it is an approach that makes strategic sense for — even as support for the Conservatives is declining — a plurality of voters feel that the country is headed in the right direction.

But in this instance, substance matters more than style and holding a finger out in the air to determine which way the public opinion wind is blowing is of little use, for the history of military engagements suggests that initial public and/or editorial enthusiasm is no guarantee of enduring support or, for that matter, success.


We are about to see what Justin Trudeau is made of.

The answer to the question of what Trudeau is made of becomes even more imperative if one reads Alison's latest post at Creekside (http://creekside1.blogspot.ca/), Owen, or Haroon Siddiqui's piece in today's Star (http://www.thestar.com/opinion/commentary/2014/10/01/canada_should_resist_obamas_flawed_war_on_the_islamic_state_siddiqui.html)

Both raise very serious questions about this latest episode of never-ending war.

Thanks for the links, Lorne. Alison's work is always solid and well documented.

I think the only way that Trudeau can be sure of thwarting Harper war-driven reelection strategy is to oppose Canadian involvement. If he rubber stamps Harper's plan then we are back to the days of Dion and Ignatieff when the Liberals just went along with everything the Conservatives did and we know how that worked out for them.

Exactly, Kirby. If the Liberals are Conservative-lite, why not -- as the old Coke ad used to urge -- buy the "real thing?"

Harper has painted Canada into a corner deliberately. There is no way we can not bomb jihadis now. As usual the Canadian public has been Gobbeled.
Justin needs to double down on speaking truth to power or fold his hand and wait for a game with better odds of winning.

Harper has what he wanted ten years ago, Steve. It's now Justin's and Tom's job to make him wear it.