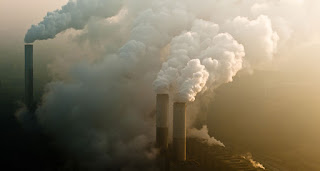 A new report from the auditor general suggests that on environmental matters, the numbers don’t add up unless you double count them.

Doubling up closes the gap when you’re caught short. Until you’re caught out, in which case you contract out the numbers to an industry association that tells you what you want to hear.

The government didn’t just double count, miscount and misstate, it tried to misappropriate stateside: 40 per cent of our municipal solid waste is disposed of in the U.S., where it generates greenhouse gas emissions on the American ledger; future plans to divert that waste will indeed reduce emissions, just not in Ontario, yet the government wrongly claimed credit for it.

Perhaps the most brazen overreach is on electric vehicles, which could help reduce emissions from transportation, the biggest source of greenhouse gases. The government kept clinging to ambitious estimates of 1.3 million electric vehicles by 2030 — up from 41,000 today — that were based on generous incentive programs that the Tories cut upon taking office.

There is method to their madness: They had a target, and then reverse-engineered the inputs to make it add up, thus gaming the system.


Gaming the system is an old story. So none of this should be surprising -- if you were paying attention.

Image: Science News
Posted by Owen Gray at 9:02 am

I saw in the paper this morning, Owen, that the government is now asking the public for suggestions on how to combat climate change. However, the biggest filter is the following:
"ideas must be “conservative-based,” such as working with business and industry on innovations,Yurek said." https://www.thestar.com/politics/provincial/2019/12/05/help-wanted-ontario-government-seeking-suggestions-to-deal-with-climate-change.html

In other word, it will be business as usual.

Well, now that we have certifiable crooks for politicians, is anyone surprised by this?

So my question is obvious -- did the Liberals under Wynne run the same scam? You know, by mistake or incompetence or otherwise? And will Doug now abolish the Office of the Ontario Auditor General, like Kenney abolished the Alberta Elections Commissioner? Can't have independent bodies pointing out the errors of the ways of King Kong pols, now can we? They're only spending our tax money and sending us to environmental oblivion for our taking the trouble to actually vote.

There's a growing disconnect between the fat cat pols and the electorate, except in Alberta where even otherwise sane people think nurses are paid too much, usually because of overtime caused by lack of sufficient numbers in the first place, but who can be bothered to examine things closely when the lonely wildrose dogwhistle calls from the frozen hinterland of the Tailing Ponds Provincial Park?

And how's Doug's '70s shagging van coming along? Delay with delivery of the requisite shag pile carpet holding things up, perhaps? Perish the very thought that he should miss a free meal or van.

Thanks for the link, Lorne. Just another reminder that this government "for the people" defines "people" very narrowly.

Doug accused Kathleen of cooking the books, BM. But then her deficit numbers proved pretty solid. The higher deficit numbers Ford came up with were largely the result of lost revenue when he cancelled Wynne's cap and trade policy.

The March of The Incompetent continues.