Nothing Solved, Nothing Gained 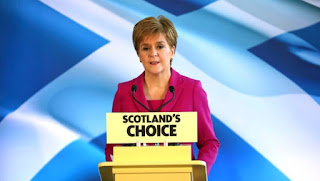 Boris Johnson has been elected Prime Minister of the United Kingdom. But, Tom Walkom writes, nothing has changed:

It seems the real debate over Brexit has just begun. In fact, the plan negotiated in October between Johnson and the EU does not call for a complete divorce by Jan. 31.

Rather it calls for the two sides to enter a so-called period of transition for up to three years while a more permanent arrangement is hammered out.

During the transition period, the United Kingdom would continue to pay into the EU budget and would continue to be bound by EU rules. It would not, however, have a say in how this budget is spent or how those rules are set.

Workers and others would be allowed to move freely between the U.K. and the EU during the transition period.

The October plan also includes a scheme to deal with the fraught question of the border between Northern Ireland and the Irish Republic.

In effect, it means that for most trade purposes, Northern Ireland would be treated as part of the EU — at least for a while. By 2024 at the earliest, Northern Ireland’s assembly would have the right to challenge this arrangement.


So the dance continues. And getting Brexit done will take a long time:

A relatively simple agreement between Canada and the EU took seven years to negotiate and sign. Even now, three years after it was signed, that Comprehensive Economic and Trade Agreement is not fully in force, thanks in large part to the EU’s complicated system of ratification. It’s unlikely Johnson could do any better.


And, as the dance continues, Scotland once again contemplates separation:

The pro-independence Scottish National Party took 47 of Scotland’s 59 seats — in large part because so many Scots oppose Brexit.

First Minister Nicola Sturgeon says this gives Scotland’s parliament the moral and constitutional authority to stage another referendum on independence, regardless of what Johnson says.

Under British law, such referendums require the approval of the national government. Johnson has said he won’t grant it. A showdown is in the making.

In short, Johnson’s sweeping victory has solved little. The U.K. remains tethered to the EU while the two sides negotiate. Britain’s future in Europe remains unclear. And a new crisis over Scotland looms.

I'd consider electing a PM who challenges Trump's record for lying to be a net loss. I've never understood people who want to rip up a passport that allows them to freely travel, live and work in any of 28 European countries in favour of one that doesn't.

The notable change has been the decimation of the social movement and an even tighter grip by elitism over the poor. It is the same situation throughout the world and particularly in the US. Leaders lie, show contempt for the electorate and still manage to lure traditional labour or leftist voters away from their parties in an unbelievable fashion. For some reasons unknown to me, people at all levels of governments continue to exercise their right by showing anger and thinking they have won something in the process. It boggles the mind at the stupidity of the human condition

Like Trump, Cap. Johnson has a long history documenting his distant relationship with the truth. And, like Trump, no one should believe a word he says.

For the many who voted for Johnson because they were sick of all the Brexit talk, there is bound to be profound disappointment, Owen. Those given to simplistic thinking are about to find out the world is much more complicated than their blinkered perspective allows for.

“The Tories Don’t Give a Shit About Us.” “I Know. But.”
https://jacobinmag.com/2019/12/tories-uk-general-election-labour-party-neoliberalism-austerity

This whole mess was decades in the making.

Owen, I often reflect on the power of our mass distraction technologies. McLuhan was right, "The medium is the message." Television is a vast wasteland. Streaming is worse. Have you noticed that NetFlix and its clones have no news, no regular current events programs? Those who disconnect their cable have to get informed elsewhere . . . enter Facebook and Twitter. Ouch!

We live in a world, Lorne, where our leaders offer simple solutions to problems with many moving parts. In the end, the folly belongs to those who can't deal with complexity. There are a lot of us who are defeated -- rather than challenged -- by complexity.

BoJo has but two speeds - horse shit and empty. Force of will and backstabbing have carried him straight into No. 10 and he may imagine it will produce a similar success in Brussels. I suspect, however, the Euros have the measure of Boris. Meanwhile they have a rich opportunity to lure UK-based businesses to relocate to the continent. Mr. Johnson will be challenged to maintain the confidence of Britain's corporate sector. Once that dam begins to crack it could become unstoppable.

The conventional wisdom, Toby, is that all information is of equal value. And the liars are having a field day.

Cap’s point is interesting. I’d feel that way too. However, it’s the flip side of that coin that I believe motivated many Brits to want Brexit. People (some not so desirable shall we say) of some 28 European countries can’t “ freely travel, live and work” in the United Kingdom either. Mac

This is what happens, Mac, when nativism rules the roost.

The British Empire ain't what it used to be, Mound. Apparently, Johnson is oblivious to that news.