When Will They Ever Learn? 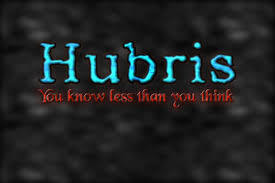 Last week was a tough slog for politicians with an exaggerated sense of self. Michael Harris writes:

Take Jason Kenney, temporarily Alberta’s premier until next year’s election. He was already on a bullet-train to oblivion for a host of tawdry scandals and poor decisions, including botching the response to the pandemic. Remember, this is the guy who told Albertans that the summer of 2021 would be the best one ever. The CBC later reported that at least 129 people contracted COVID-19 at the 2021 Calgary Stampede. What fun.

Now his suspended justice minister Kaycee Madu has been outed for calling Edmonton’s  chief of police over a $300 traffic ticket he was given for driving through a school zone while on his cellphone.

Even deadbeat politicians understand that no justice minister and solicitor general can cross that line, and still maintain respect for the rule of law.  In another political time zone, back in 1990, Jean Charest had to resign as Brian Mulroney’s federal sports minister after calling a judge on behalf of a constituent. Even Kenney, who is programmed to trivialize his own missteps and those of his ministers, should have known that Madu had to go.

And then there was the carnival at 10 Downing Street:

The antics at No. 10 do not require an apology. They require a resignation. Members of Johnson’s own party have joined the political opposition in the view that the PM has to go.  But when you are above it all, when you play by your own rules, you never do the right thing.  You continue to abuse power in order to retain it.

And that is exactly what Johnson is doing. It has been widely reported that the PM has set party whips on any Conservatives who express criticism of the Boss. There is even a demand to investigate the claim that Tory MPs are being “blackmailed” into supporting Johnson. As one wag put it, Tories are fighting Tories like “ferrets in a sack.”  The Conservative Party could implode over this, but that’s okay with Johnson as long as he remains in the driver’s seat.

And, of course, there was the continuing saga of The Great Orange Boob south of the border:

In an 8-1 decision, the U.S. Supreme Court he had carefully stocked with conservative judges made a crucial ruling. The court rejected Trump’s bogus claim of executive privilege to hide the facts about Jan. 6 from Americans. The justices ordered that White House documents from the Trump  administration dealing with events leading up to the sacking of the Capitol be released to the congressional committee investigating the matter. With access to phone logs, emails, notes, draft speeches, and conversations, the Jan. 6 committee will be able to answer a critical question. Was the Trump White House a bystander to the insurrection?  Or was it orchestrating a coup?

There is a lesson there. But as Pete Seegar asked decades ago, "When will they ever learn?"

Email ThisBlogThis!Share to TwitterShare to FacebookShare to Pinterest
Labels: Hubris On The March

Ferrets in a sack. You have to love the analogy and the image. How appropriate.

What is plainly clear reading through these summaries is that the valuable time, money and oxygen these failed so-called "leaders" consume is monstrous. Each of these three are responsible for untold numbers of death, misery and financial hardship that the ramifications will be felt for decades to come. They stood by denying reality, downplaying facts and promoting garbage information that millions of people swallowed whole. These pos's will never learn a thing mound, at the end of the day, everything they do and say is about self, self preservation and the never ending need for attention, Kenney, Johnston and Trump are interchangeable as failed men. Let's not forget they have company in Doug Ford and many others, Scott Moe etc. BC Waterboy.

Harris is a master of the striking phrase, zoombats.

What is so frustrating, waterboy, is that so many of us can't see them for who and what they are.

Further to your discussion Owen I offer this link in todays Tyee
https://thetyee.ca/Analysis/2022/01/19/Death-By-Thousand-Lies/

I think many of us see these men for exactly who they are and vote for them because of it, Owen. Kenney, Trump and BoJo all promise to inflict pain on others. That appeals to voters keen to settle partisan scores or hurt those below them on the social ladder.

Indeed, our society rewards those willing to take advantage of others, and those most able to do so - psychopaths, sociopaths and narcissists - rise to the top in business and politics. It's a fine line between business/political success and jail, but as Trump illustrates, those with money don't need to worry about jail no matter how many they kill through their negligence.

Until society rejigs its incentive and disincentive structure to get rid of grotesque levels of income inequality, men like Kenney, BoJo and Trump will continue to be voted in.

‘it was like a wolverine in a beauty salon..’

Thanks for the link, zoombats. She's right. Making shit up is easy and fun.

Just realized I called you mound Owen, I guess that's a honour eh?

I suspect you're right, Cap. Gross inequality breeds the kind of leaders who now dominate our politics.

Another image that sticks with you, sal. A good six words beat a thousand anytime.

That's exactly how I took it, Tim (waterboy).

I came across a troubling op-ed by UCSD prof Barbara Walter today about how, during the Trump years, America entered anocracy. She has spent 30 years in the study of civil wars and insurgency.

"Anocracy is usually transitional — a repressive government allows reforms, or a democracy begins to unravel — and it is volatile. When a country moves into the anocracy zone, the risk of political violence reaches its peak; citizens feel uncertain about their government’s power and legitimacy. Compared with democracies, anocracies with more democratic than autocratic features are three times more likely to experience political instability or civil war."

Walter thinks Biden has ratcheted the swing down a notch or two but America is at risk of losing its democracy for good if Trump or his alter-ego is returned to power.

"This is what average citizens should be thinking about when they hear that America’s democracy is declining. They are being led, unaware, into a downward spiral of instability, in which extremists and opportunists spread fear — and then grab power by force."

The United States led the western democracies in the wake of WWII, implementing the World Bank, the WTO, GATT and other measures to cement the alliance in the postwar era. Now it might move the west into an era of authoritarianism and Potemkin democracy.

Democracy has always been fragile, Mound. All it takes to make it disappear is cultivated ignorance.

And so goes Alberta?


"Anocracy is usually transitional — a repressive government allows reforms, or a democracy begins to unravel

Cultivated ignorance, thanks a useful description.
Mr. Trump is the obvious acme of this description that said most of our elected officials are in their position due to their access to finances from well heeled groups regardless of political motivation.
Today politics are ruled by ego centric individuals catering to sensational broadcasts from an ever decreasing platform of main stream news that can and should provoke discussion and more!

It's ironic, TB, that the "information revolution" has narrowed our focus and shortened our attention spans.