A Clear And Present Danger 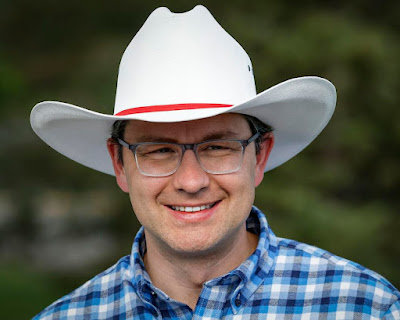 No less than The Globe And Mail has warned us. Michael Harris writes:

In this country, The Globe and Mail did not refer to Poilievre by name in a long piece by its editorial board, but it warned that a “highly contagious” political virus is flooding over the border from the United States. Poilievre is the perfect carrier of that virus, based on what he has shown so far in the leadership contest, and more importantly, in his political career.

But Poilievre has no time for the Globe:

Like Stephen Harper and Donald Trump, Poilievre hasn’t got much use for the media. The trouble with preaching to the converted full-time is that you start to see questions of any kind as somehow illegitimate, the way dictators come to see journalists as enemies of the people. Poilievre’s crude treatment of Global News journalist Rachel Gilmore looked an awful lot like Donald Trump trashing reporters from CNN, something he regularly did in his effort to avoid accountability, and to turn the American people against a free press.

Gilmore’s questions were perfectly normal, but simply for asking them, Poilievre referred to her as a “so-called” reporter. That bit of nastiness earned him a rebuke from the president of the Canadian Association of Journalists. If he does that now, while running for his party’s top job, what will he do if he gets it?

Poilievre is a thug who allies himself with thugs:

When a gang of thugs in 18-wheelers took over the nation’s capital for three weeks, Poilievre took selfies with them and blamed the whole thing on Justin Trudeau. He also marched with anti-vaccine conspiracist James Topp, just as leader of the People’s Party of Canada Maxime Bernier did. Can you picture either of those two calling the shots during a pandemic? Poilievre’s political opportunism was stunning—and scary.

During the leadership race itself, Poilievre launched personal attacks against his centrist rivals Jean Charest and Patrick Brown (while he was still around), two men who could potentially tap into the two richest voter markets in the country: Quebec and Ontario.

Again, it was reminiscent of how Trump went after his opponents when running for his party’s presidential nomination. Senator Ted Cruz became “Lyin’ Ted,” and Senator Marco Rubio was “Little Marco.” Poilievre accused Brown of being a serial liar, and Charest of being a fake Conservative who made a bundle consulting for the Chinese. So much for the days when politics was the civil mediation of differences of opinion and policy, no matter how substantial.

And what kind of a candidate looking for the top job walks away from an official party debate, preferring to pay a $50,000 fine, rather than give party members a last chance to assess the leadership aspirants?

Come to think of it, Donald Trump skipped the second national debate in the 2020 presidential election. See a pattern here?

But, most importantly, Poilevre has a record:

The best gauge for assessing how Poilievre would behave in power is to look at how he acted when he had it. Apart from his tiresome role as a partisan hit-man under then-prime minister Stephen Harper, Poilievre almost never got close to real authority, other than during his stint as parliamentary secretary to the minister of transport.

But there was one big exception. In 2014, Poilievre was handed the cabinet-level job of reforming Canada’s election law, a particularly important task after the debacle of the robocalls affair back in 2011. Instead of strengthening the electoral process, the risibly named Fair Elections Act did the opposite.

Poilievre wanted to do away with the practice of vouching, which allowed a person without proper identification to vote, if someone who knew them, and held the proper ID, vouched for them.

While it was obvious that Elections Canada needed new powers to investigate electoral infractions, Poilievre did not give the Commissioner of Elections the authority to compel witness testimony. It was that lack of subpoena powers that prevented Elections Canada from getting to the bottom of the robocalls scandal.

Poilievre also denied Election Canada’s request to require political parties to provide receipts and other documentation about their spending. Without those records, it was impossible for Elections Canada to ensure compliance with spending limits.

We know who Poilievre is -- a clear and present danger.

Good to see you're back. Always appreciate your insights.

Good to see you back in the saddle, Owen. You were missed. Regarding Poilievre, I certainly do not look forward to the return of the House. Without doubt, his new, putative position as Leader of the Opposition will debase Parliament even further, and will only embolden the unhinged amongst us.

It's good to be back, Anon.

If Poilievre becomes the leader of the Conservatives, we should ensure that they never achieve a majority, Lorne. It's good to be back.

Poilieve as PM is the stuff of nightmares.

i haven’t even read your post .. yet
the pack missed you .. big time🦎

What's the line from The Maltese Falcon, jrk -- "the stuff that dreams are made of?" We need to reject his dreams.

Welcome back Owen. As for Mr. PP, it’s a wonderment what the Canadian people do about our new and present danger to our democracy. Anyong

This is no time for Canadians to take a snooze, Anyong.