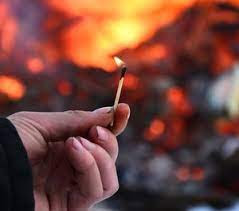 These days, some politicians -- like Pierre Poilievre -- have declared war on journalists. Michael Harris writes:

Populist politicians like Poilievre either don’t understand, or don’t care about, is that their own abusive actions against a journalist encourage the idiot fringe to take it a step further. One day a political leader attacks the media, and the next day journalists are not merely getting critiques, they’re getting death threats. A disproportionate number of those threats are aimed at women.

According to a UNESCO report from 2021, journalists from around the world are under “unprecedented” attack. The Guardian reported that of the massive number of hate comments left on their website in 2016, the top ten targets broke down like this: eight were women, two were Black men, and one of those men was gay.

And get this. As reported by The Guardian, just two female journalists—Maria Ressa of the Philippines, and Carole Cadwalladr in the United Kingdom—accounted for an astronomical number of threats. Ressa received 90 hate messages an hour on Facebook alone. Another female journalist, Ghana Oueiss, who works for Al Jazeera television, gets one death threat every day she is on air.

This kind of behaviour can't be tolerated:

Law enforcement needs to step into the picture in a big way when anyone’s life or safety is threatened. Social media platforms talk a good game about moderating hate messages, but the fact is a lot of women keep on getting them. The block button is no substitute for shutting the haters down. Twitter needs to give its head a shake and wake up.

It has been widely reported that Rodrigo Duterte, the former leader of the Philippines, publicly suggested that journalists are not immune from assassination. Former U.S. president Donald Trump routinely attacked specific journalists, including female media members, and told his followers that the press was the “enemy of the people.” He taught his followers to hate not only factual information, but the people who bring it to America’s television screens and newspapers.

And who can forget Trump’s stupefying attacks on Greta Thunberg as a know-nothing teenager? Or his comment about female presidential candidate Carly Fiorina as being too ugly for the job? “Look at that face,” he said in his inimitable, cringeworthy style.

His lies have been equally incendiary. He publicly presented the recent search of his Mar-a-Lago residence as a “raid,” and says authorities “broke into” his safe. His party magnified the hate. The FBI were goons or the Gestapo. Just words? Not on your life.

They tell you who they are. They are political arsonists. Caveat Emptor.

I noticed on Twitter that Poilievre, when asked about the verbal attack on Freeland, said that it should be denounced on both sides, but went on to say his wife has been the subject of vile comments on social media by the left. A bit self-serving, I would say, Owen, and it is noteworthy that he made no comment until directly asked by a reporter.