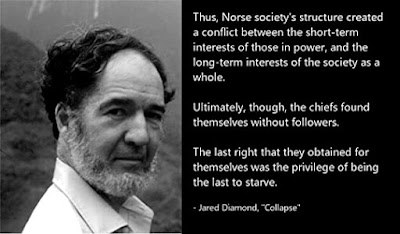 The risk of global societal collapse or human extinction has been “dangerously underexplored”, climate scientists have warned in an analysis.

They call such a catastrophe the “climate endgame”. Though it had a small chance of occurring, given the uncertainties in future emissions and the climate system, cataclysmic scenarios could not be ruled out, they said.

“Facing a future of accelerating climate change while blind to worst-case scenarios is naive risk management at best and fatally foolish at worst,” the scientists said, adding that there were “ample reasons” to suspect global heating could result in an apocalyptic disaster.

Explorations in the 1980s of the nuclear winter that would follow a nuclear war spurred public concern and disarmament efforts, the researchers said. The analysis proposes a research agenda, including what they call the “four horsemen” of the climate endgame: famine, extreme weather, war and disease.

The speed of climate change  and other factors are causing scientists to recalculate:

“There are plenty of reasons to believe climate change could become catastrophic, even at modest levels of warming,” said Dr Luke Kemp at the University of Cambridge’s Centre for the Study of Existential Risk, who led the analysis. “Climate change has played a role in every mass extinction event. It has helped fell empires and shaped history.

“Paths to disaster are not limited to the direct impacts of high temperatures, such as extreme weather events. Knock-on effects such as financial crises, conflict and new disease outbreaks could trigger other calamities.”

The analysis is published in the journal Proceedings of the National Academy of Sciences and was reviewed by a dozen scientists. It argues that the consequences of global heating beyond 3C have been underexamined, with few quantitative estimates of the total impacts. “We know least about the scenarios that matter most,” Kemp said.

A thorough risk assessment would consider how risks spread, interacted and amplified, but had not been attempted, the scientists said. “Yet this is how risk unfolds in the real world,” they said. “For example, a cyclone destroys electrical infrastructure, leaving a population vulnerable to an ensuing deadly heatwave.” The Covid pandemic underlined the need to examine rare but high-impact global risks, they added.

Particularly concerning are tipping points, where a small rise in global temperature results in a big change in the climate, such as huge carbon emissions from an Amazon rainforest suffering major droughts and fires. Tipping points could trigger others in a cascade and some remained little studied, they said, such as the abrupt loss of stratocumulus cloud decks that could cause an additional 8C of global warming.

The researchers warn that climate breakdown could exacerbate or trigger other catastrophic risks, such as international wars or infectious disease pandemics, and worsen existing vulnerabilities such as poverty, crop failures and lack of water. The analysis suggests superpowers may one day fight over geoengineering plans to reflect sunlight or the right to emit carbon.

“There is a striking overlap between currently vulnerable states and future areas of extreme warming,” the scientists said. “If current political fragility does not improve significantly in the coming decades, then a belt of instability with potentially serious ramifications could occur.”

There were further good reasons to be concerned about the potential of a global climate catastrophe, the scientists said: “There are warnings from history. Climate change has played a role in the collapse or transformation of numerous previous societies and in each of the five mass extinction events in Earth’s history.”

It's worth repeating that old saw: The prospect of hanging concentrates the mind. Unfortunately, when it comes to climate change, we have a hard time concentrating.

Owen, this is a big non-starter. What this calls for is nothing less than a conversation that neither the political or corporate leadership of the developed nations would permit. Look at how successful the fossil fuel giants have been over the last four decades at stymying action to reduce GHG emissions.

Any discussion along these lines would present an unwanted opportunity for groups now under- or unrepresented to be heard and that would raise uncomfortable issues such as equity, resources, migration as a human right, etc.

Anyone knowing about climate change since 1970, knows what has been happening to the environment since that time needs to be much more e tactic. The questions , “what are we doing and why are we not doing anything about it?” no longer holds water as this blog points out. Anyong

Then we're doomed, Mound. We're on the Titanic, speeding toward the iceberg.

The problem, Anyong, is that those who want to do something about it are a distinct minority.

I have often heard people say, “it’s nothing to do with me I’ll be dead”. When hearing this, we know humanity has a problem. That type of response speaks of how selfish, greedy and unkind people actually are. Thanks for this report and publishing it. Anyong

According to Abacus polling, a solid two-thirds of Canadians want more aggressive action on GHG emissions, so public support is there. What's lacking is the political guts to tell big oil to pound sand.

So far, the pessimistic climate forecasts have proven accurate. I expect that will continue.

We're our own worst enemies, Anyong.

It's all about courage, Cap -- or its opposite, cowardice.

Then we have to be louder,Owen. That is the only answer as theMound has stated. Anyong

That should have been “much more emphatic” 11:13 am Anyong

Yes
If other people behaved better my life would be easier
All the climate warriors I see are full speed ahead in their personal lives
Barring a slowing mostly attributed to aging
Climate "dieting"
Is about as futile as regular dieting
Give up on those gas guzzling motor home trips
But do sell it so the next bunch just carry on.
Damn world population and celebrate the new grandchild
Human extinction?
I don't think we are privy to 10% of what is really going on
Why would any dark money project tell us anything?
If POTUS is backed off with "it is need to know"
Who do we think we in the world of backwater blogs are?
I think that to ignore this endless redacting of reality; redacting of information
and believe we are competently assessing "the truth of the matter"
is a lot of self deluded over reach.
We know photoshop and facial recognition and voice reconstruction and hollywood
and Bernays for 100 years yet we swallow every article as verbatim truth.
Shop your info.
Choose your propaganda feed wisely.
Caveat emptor.

As suggested to Mound, one fine day.. & likely here as well ofttimes - The Upside of Down by Canadian author Thomas Homer-Dixon ‘Tackled the Incomprehensible’

I find wry humour as A Canadian In My Dotage that perhaps a few learned folk have been working on The Inevitable Problem a lot harder than any Elected Public Servant I’ve ever heard of or the Political Party they’re a ‘functionary or factotum of’ and their celebrated Magic Bus or Big Tent Medicine Show.. ‘giving them back their freedoms’.. blah blah.. or ‘getting it done’ or ‘best ever’ of everything.. and ‘A Pickup Truck In Every Pot’.. and ‘a tax credit too - in your pot’ if you re-elect me !

(an analogy here) Every single day, individual Healthcare Professionals apply ‘Best Practice’ Protocols.. accomplishing more in the Field of Healthcare for actual people in need, than Jason Kenney & Doug Ford, or Pierre Poilievre will supply in Their Entire LIVES.. while pretending to ‘reinvent’ Medical Science & Practice.

I’m going to speculate here..
‘Commanding Hope - The Power We Have To Renew A World In Peril’… by guess who ?
May give me the same jolt, the same hope.. attune me again to a far brighter mind than mine and give me ideas that even I can grasp.. In other words.. what comment might I add here.. ? That is more useful to Owen his Readers & Commentariat ? It’s in the same spirit as strongly suggesting ‘The Premonition - A Covid Story’ by Michael Lewis may help folks actually understand the Underlying Failures of Elected Public Servants re The Continuing Covid Pandemic that they are now utilizing for personal Disaster Capitalism ?

Lewis has a terrific track record when it comes to explaining how things really work, sal.

"Knock-on effects such as financial crises, conflict and new disease outbreaks could trigger other calamities.”

Covid and Lil'PP - just two examples of new diseases 'triggered' in the past tense. ;-)

Imagine if you were building an airplane. You and 180 others. Each was responsible for designing and constructing one essential component, each according to its own design standards and affordability. Eventually they hammered something together - a Frankenstein's monster of executive jet/cargo hauler/fighter-bomber. Would you sign on to be the test pilot?

While it's not a perfect analogy it does reflect how the community of nations approaches the global threats we face - with self-interest first, begrudgingly, dishonestly and sometimes not at all. They (and we) are trapped on a spinning wheel of their own making churning out pronouncements bereft of meaning.

We cannot avert climate catastrophe or its associated perils with such blatantly political approaches. Yet here we are.

Our selfishness sabotages all the efforts we take to improve our lots, Mound.

Both are social diseases, PoV.