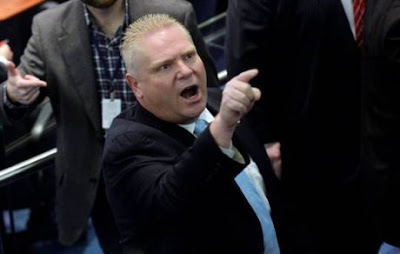 Doug Ford is once again showing us who he really is. Bruce Arthur writes:

Ontario’s independent volunteer science table, an invaluable source of information and direction throughout the pandemic, has been told it will be dissolved.

It would be an abrupt and shocking move from Public Health Ontario, which had agreed to take the table of more than 40 scientists from its previous home at the University of Toronto, and negotiated terms of reference with then-co-chair Steini Brown over the summer.

The Ministry of Health denies the table will be shut down, saying “the work of the (science advisory table) would continue,” and when pressed, “the SAT is not being shut down.”

But according to a summary circulated among the science table and obtained by the Star, new PHO head Michael Sherar told the table on Aug. 18 that he would shut it down Sept. 6. The science table’s peerless pandemic dashboard would be eliminated, its access to data gone, its projects stranded. In its place, PHO would establish a hand-picked 15-person advisory group with no formal scientific director, limited independence from PHO or the chief medical officer of health — no ability to unilaterally choose topics of study, for instance — and far less clinical expertise.

Conversations with both PHO and table sources confirmed the contents of the letter, which painstakingly charts the past month’s negotiations.

Even if dissolution were a negotiating tactic, there does not seem to be a path here.

Ford is currently ramming a bill through the provincial legislature which would move patients from hospital beds to long-term beds up to three hundred kilometers from their homes without their consent. The bill will not go to committee and it will not be debated.

For Ford, this is democracy in action.

Well, it is classic Canadian FPTP democracy in action. When voters gave Ford his second majority, he understood that they were expressing confidence in him as an elected dictator for the next four years. Never mind that this was the inevitable outcome of vote splitting on the left.

And now Ford is delivering on the bribes he took, sorry, I mean campaign contributions. Expect lax regulation, roads and infrastructure where developers want them, and privatized healthcare. Hobbling public health contributes to the privatization goal.

Oh, and welcome back!

We knew who he was, Cap, and we opened the door for him -- a second time. It's good to be back.

Conservatives are all about leopards and spots and nothing much more. Did anyone expect any difference? the voting system is flawed.

Things would be different if we had proportional representation, zoombats.

Proportional representation would only be an improvement for a few years. Eventually the corruption would reach into the pro rep system and we would be right back where we are.

I don't think it matters what method we use to vote in any crop of politicians, Owen. The bottom line seems to see the same "types" vying for these positions and when they do manage to get elected, they collectively seem to have only one goal: now let's see how we can maximize all the benefits available to us personally now that we're here and in charge.

Not too cynical am I?

Given human nature, you may be right, Toby. But proportional representation would work against centralizing corruption.

Both you and Toby are pretty realistic, Lulymay. Perhaps the antidote is making sure that nobody stays in power for very long.

Perhaps we Canadians could change the length of time a PM would serve the Canadian people. For example, in South Korea, a first world country and a democracy, people who are voted in as President only do so for 5 years. In Canada, people are ensconced for years in some instances.
Anyong