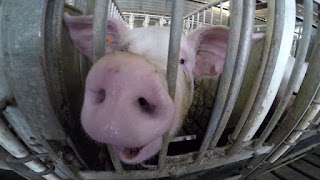 Doug Ford came to power proclaiming that he would slash unnecessary spending. Martin Regg Cohn writes that he has done the opposite -- he's building an empire:

Quite apart from the patronage angle, why are we dispatching new envoys — to the U.S. and U.K., of all places — to hold the hands of entrepreneurs and investors? After all, Americans and Britons speak our language — not just English, but economic openness.


After all, Canada has ambassadors in both capitals. But there was a time when provinces had missions to major countries:

Ontario once bankrolled a network of 17 international offices around the world, including Paris, Tokyo, Hong Kong, New Delhi, Frankfurt and Milan. In the 1980s, one could stroll in London’s high-rent district past Ontario House, Maison du Quebec, Nova Scotia House and offices from the Prairie provinces — all competing for attention and, allegedly, business. There were six rival provincial offices in Hong Kong, and five separate posts in Tokyo.

Isn’t that why we have federal embassies and high commissions abroad?

Our last premier, Kathleen Wynne, appointed ex-Liberal minister Monique Smith to be Ontario’s representative in Washington, at the very time that our federal government had sent David MacNaughton — a former principal secretary to Wynne’s predecessor, Dalton McGuinty — to be our ambassador to the U.S. Surely MacNaughton could simultaneously safeguard Canadian and Ontario’s interests?

Back in 1993, the NDP government of the day did the right thing — the very thing Ford should be doing today: It closed all 17 of Ontario’s international posts, saving $17 million from the annual budget (worth about $27 million in today’s dollars).


That's a move you'd expect from a Conservative government, not an NDP government:

Our then-minister of economic and trade development, Frances Lankin, argued that Ontario no longer needed “an outdated network of offices” in the era of the fax machine and something new called “electronic mail.”

That’s the kind of language one might have expected from Ford’s Tories today, not just the New Democrats of a quarter-century ago. Instead, the premier who promised to cut waste is building a bigger empire, at greater expense, with worse patronage than his predecessors.


The Ford government is all about distributing the pork -- more than ever before.

Image: Change.org
Posted by Owen Gray at 8:34 am


The Globe today has a report on how two lobbyists, Chris Froggat and Tory Teneycke, are now embedded in Ford's office.

"The Premier’s Office said it is appropriate for Mr. Froggatt and Mr. Teneycke to provide political advice in their capacity as advisers, adding that Mr. Ford is not aware of and would not tolerate any breaches of the rules. “When it comes to making the right decisions for the people of Ontario, no one can unduly influence Premier Doug Ford,” spokeswoman Ivana Yelich said in a statement."

Thanks for the link, Mound. In the Ford government, as they throw one group of grifters out the door, they usher in a new crew of the same species.

if any one believed Ford, they wanted to drink the cool aid, in my opinion. It wasn't as if Ford wasn't a known quality/quantity and there was nothing about him which said restrain. There was a lot of "bigness' about Ford, he relished publicity and the limelight. If any of Ford's actions is surprise to anyone, don't know where they've been hiding.

People like to think the NDP is the party of big spenders. They're not. In B.C. when Glen clark left office, he left money in the bank, which B.C. Lieberal el gordo quickly spent and then some more.........

The NDP and the CCF were built on spending money where it did some use, health, education, housing, transportation. Things people need every day and if it isn't there, it effects the bottom line and the quality of life. The Conservatives have always been pretty good at running up deficeits, hello Stephen Harper. Have alook at how much the Conservatives blew in Alberta, except for Lougheed. Mulroney put the country in more debt than the Liberals did.

What is going on in Ontario is simply "stealing with two hands". Liberals "steal with one hand". Its my take on pork barrelling. Expect to see more of this in Ontario. We saw it in B.C.

AS to influencing Dougie, he's about as good as the last person he spoke to. Expect things to get much worse in Ontario, they did in B.C.

If any one has read Elizabeth Warren's take on the economy and could happen in the U.S.A. within 2 years, they might want to start saving now There will be no Obama to save the U.S.A'S bacon and when the U.S.A. tanks so does Canada and if Canadians are dumb enough to vote for Scheer, things will be even worse, because he will cut budgets while cutting taxes for the 1%ers, just as Trump did and Boris, England, is promising to do.

You've got Ford's number, e.a.f. -- because you've seen this movie before.