We've Been Here Before 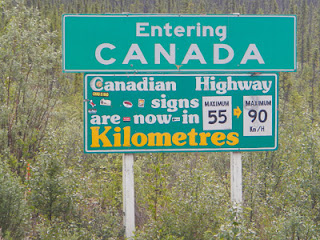 Tom Walkom writes that the fight over the carbon tax echoes the furor over the metrification of Canada:

Nearly five decades ago, discontented Tories targeted another Trudeau government on another issue that galvanized their resentment against global intrusions and institutions: Lest we forget, anti-metric madness gripped the country in the 1970s.

It is a faded, forgotten chapter in our history. But all these years later, the rebellion against the metric system provides a historical lesson, easily repurposed into a prologue for today’s battle against a carbon tax.

Then as now, opponents raged against perceived domination — foreign, domestic or metric — defending our way of life and fending off the march of time. If metric was heresy back then, carbon pricing is hooey today.

Then-PM Pierre Trudeau bore the brunt of anti-government protests and ongoing court battles, not unlike the legal spats of today. How dare any government tell defenders of the old system how they measured up?


And so, today, Doug Ford's government is spending $30 million to fight Trudeau the Younger's carbon tax:

All of us are being bled by $30 million to satisfy his vanity. That’s how much his provincial government (ours, actually) has budgeted from its treasury (using our tax dollars) to fight a carbon law enacted by the Trudeau government.

The premier is fighting, flailing and failing on two fronts:

First, his Ontario Tories are spending heavily on an advertising campaign designed to persuade the court of public opinion to oppose a carbon tax. If it’s so self-evidently unpopular, why are we citizens paying to persuade ourselves? And why must gas stations affix Ford’s anti-tax stickers on their gas pumps or face a $10,000 fine if they’re out of line?

Second, his Progressive Conservatives are also bankrolling big legal bills to overturn the federal carbon law in the country’s court rooms. Last week, Ontario’s Court of Appeal judges delivered a devastating verdict against Ford; last May, Saskatchewan’s top court reconfirmed Ottawa’s authority; yet the premier is appealing all the way to the Supreme Court of Canada, where almost every legal expert has predicted from the outset the constitutionality of carbon pricing will be upheld.


We've been here before.

Email ThisBlogThis!Share to TwitterShare to FacebookShare to Pinterest
Labels: The Carbon Tax

The reference to Justin's father is also a reminder of the vast chasm that separates father and son when it comes to firmness of leadership, tenacity, and independent thinking, Owen.

That's true, Lorne. The name is the same. But, unfortunately, they are two different men.

I'll send you an essay on why I still hate the SI someday when I'm calm enough to write it.

I look forward to receiving it, John.