The Most Dangerous On The Planet 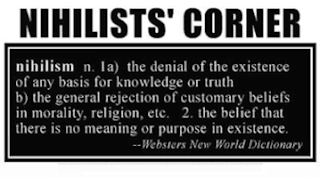 The Affordable Care Act was an imperfect and incomplete reform. The political compromises needed to get it through Congress created a complex system in which too many people fall through the holes. It was also underfunded, which is why deductibles are often uncomfortably high. And the law has faced sabotage both from G.O.P.-controlled state governments and, since 2017, the Trump administration.

Despite all that, however, the act has vastly improved many Americans’ lives — and in many cases, saved lives that would otherwise have been lost due to inadequate care. The progress has been most dramatic in states that have tried to make the law work. Before the A.C.A. went into effect, 24 percent of California adults too young for Medicare were uninsured. Today that number is down to 10 percent. In West Virginia, uninsurance fell from 21 percent to 9. In Kentucky, it fell from 21 to 7.


That's why Americans voted for Democrats in the midterm elections -- to protect their health care. Having been thwarted by voters, the Republican Party has turned to the courts to sink Obamacare:

Which brings me to the federal lawsuit currently before the Court of Appeals for the Fifth Circuit, a suit brought by 18 state attorneys general, and backed by the Trump administration. This suit claims that the whole act is unconstitutional and should be thrown out. The plaintiffs’ arguments are clearly specious and made in obvious bad faith. But one lower-court judge has already ruled in the suit’s favor, and early indications suggest that the two Republican-appointed judges on the three-judge panel hearing the appeal may agree.

But wait, haven’t we been here before? Yes. In 2012 the Supreme Court ruled that Obamacare was indeed constitutional. On one central dispute, the constitutionality of the individual mandate — the requirement that individuals be insured, or pay a penalty — Chief Justice John Roberts ruled that the penalty constituted a tax, and that taxes are clearly constitutional. So the law stood.

Which is another way of saying that the American Republican Party is the most dangerous organization on the planet.

Image: Discerning Life
Posted by Owen Gray at 9:36 am

On a different scale, of course, we can see parallels in Canada with the Conservative premiers fruitlessly pursuing their quest to end the carbon tax. When it comes to destruction, the Republicans must share the stage with some equally bad-faith actors, Owen.

I read this morning, Lorne, that the premiers -- at least some of them -- have declared that, if there is a phramacare program, they definitely want the money. But they want to do as they wish with it. That is the height of cynicism -- and nihilism.

Of course the premiers want the money, Owen. Trudeau's naivete lives on. Not Justin, Pierre. He introduced 'cooperative federalism' assuming the provinces would engage Ottawa in good faith. Instead they treated the federal treasury as their constitutional cash cow and bled it for all they could get through 'matching fund' programmes. PET was blamed for running up the ensuing deficits. Most provincial premiers have behaved like shameless whores ever since.

And Kenny threatens a national unity crisis, Mound. It's thuggery -- pure and simple.