The Votes Of The Desperate 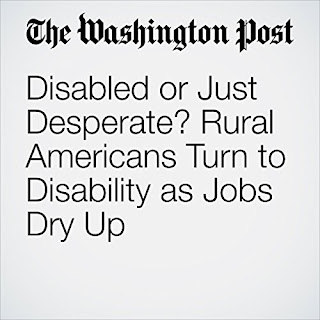 It's been obvious ever since Donald Trump descended his escalator, that he lives in the past. Paul Krugman writes that's he's stuck in 1989:

Why 1989? That was the year he demanded bringing back the death penalty in response to the case of the Central Park Five, black and Latino teenagers convicted of raping a white jogger in Central Park. They were, in fact, innocent; their convictions were vacated in 2002. Trump, nevertheless, has refused to apologize or admit that he was wrong.

His behavior then and later was vicious, and it is no excuse to acknowledge that at the time America was suffering from a crime wave. Still, there was indeed such a wave, and it was fairly common to talk about social collapse in inner-city urban communities.


Some argued that inner city collapse was connected to the fact that black people tended to live there. But the sociologist, William Julius Wilson, argued that the chaos in inner cities had nothing to do with race:

What Wilson argued, however, was that social dysfunction was an effect, not a cause. His work, culminating in the justly celebrated book “When Work Disappears,” made the case that declining job opportunities for urban workers, rather than some underlying cultural or racial disposition, explained the decline in prime-age employment, the decline of the traditional family, and more.


Was he right? Well, just look at small town and rural America, where jobs have been disappearing for decades:

Sure enough, that’s exactly what has happened to parts of nonmetropolitan America effectively stranded by a changing economy.

I’m not saying that there’s something wrong or inferior about the inhabitants of, say, eastern Kentucky (and no American politician would dare suggest such a thing). On the contrary: What the changing face of American social problems shows is that people are pretty much the same, whatever the color of their skin. Give them reasonable opportunities for economic and personal advancement, and they will thrive; deprive them of those opportunities, and they won’t.


These are the very people who voted for Trump. And, as he lashes out at urban blacks, he does nothing for those who support him. I'm sure he's never read Wilson's book. He wouldn't understand it if he tried.

The point is he doesn't understand anything -- except that hate buys him the votes of the desperate.

Image: Audible.in
Posted by Owen Gray at 8:48 am

We are all "slaves" to our environment, subject to the whims of our "masters"---circumstance; the wills, attitudes and intentions of those around us; territory; weather; situations we find ourselves in.

I agree that we are all hemmed in by circumstances, Tal. But it's wrong for people like Trump to use those circumstances to contribute to his own self aggrandizement -- something that Trump seems to enjoy immensely.