If Only They Could Ditch The Charter 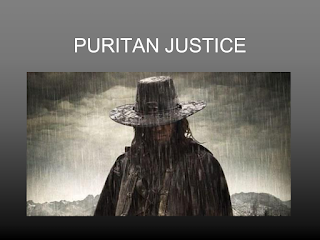 Frances Russell is puzzled about why we need an Office of Religious Freedom:

One question: why not just celebrate the Canadian Charter of Rights and Freedoms? It’s right there at the top of the charter’s Fundamental Freedoms section: “freedom of consicence and religion.” Were the Conservatives unaware? Had they read it? Or are they elevating “freedom of conscience and religion” above other fundamental human rights and freedoms — creating a hierarchy of human rights?


The answer is that what the Harperites call "religious freedom" trumps all other rights. It's a pat formula for a government which acts on faith rather than reason. For the Harper Party, the Charter is infuriating. That's why they did not celebrate its thirtieth anniversary:

A year ago, the Harper government all but ignored the Charter’s 30th anniversary. Asked why, Harper referred to “constitutional divisions” created by the refusal of the separatist Parti Quebecois government to sign the patriation package. (Incidentally, virtually the entire Quebec Liberal caucus voted to support it.)

Many social and religious conservatives — Harper’s bedrock base — loathe the charter. Many of them see it as violating the natural order of things: “The rich man in his castle, the poor man at the gate”, in the words of the old hymn. Or Ephesians 5:22 — “Wives, submit to your husbands as to the Lord.”


If they could replace the Charter with the Office of Religious Freedom they could  rest in the bosom of Abraham. For people who firmly believe that they make the rules, the notion of universal human rights is anathema. Russell rightly sees through the facade:

Not only do the Harper Conservatives tacitly reject the concept of universal human rights, he (and many of his party members) want to be able to pick and choose the rights to be deemed fundamental — and the people they deem worthy of enjoying them.


If only they could ditch the Charter.

Email ThisBlogThis!Share to TwitterShare to FacebookShare to Pinterest
Labels: The Office Of Religious Freedom

If only we could ditch Harper. His Freedom of Religion has hit a snag. Harper idolizes China, as we all know. However, the Ambassador for Freedom of Religion, is banned from Tibet, by China. What is Harper going to do about that? He had better put his money, where his mouth is. We said, this is one of Harper's more foolish ventures and, another ridiculous waste of our tax dollars.

The Office has more to do with buying votes at home than it does with ensuring religious liberty in Tibet, Anon.

As usual, Harper's foreign policy is all about shoring up his domestic base.

Get used to it, boys and girls, cause we've got Harper and his asshole pals till 2020 minimum. The opposition parties know exactly how to go about consigning Harper to the dustbin but they're both too fracking precious and special to get it done. Meanwhile the country becomes ever looser at the seams...

Joyce Murray and Nathan Cullen know what it will take to get rid of Harper, Dana.

Unfortunately, their "betters" haven't cottoned on yet.

stevie slime and his slimers do not like the Charter. It is what prevents them from installing their version of the Taliban. Freedom of Religion, my ass. The fool he appointed to the position of Ambassador no more represents the religions of this country or freedom than the goat at the gate.

I do not see this mbassador doing any thing for religious freedom because if he actually went out and did any meaningful work he would be dead. He won't do anything to assist Coptic christians in Eygpt. He won't help Muslim Shite minorities living with Sunn majorities or visa versa.

The dept of taliban, christian version is costing Canada money while closing coast guard station. Maybe its stevie slime's way of getting people into heaven sooner. Let them die.

What is happening in Canada will continue until people wake up and see how evil this man is, before it is too late. All it takes is for people not to vote for the slimers.

Nor will they cotton on IMO.

There is a mindset among some partisan types that calls for the immediate rejection and condemnation of anything that comes from any other source than their own brain trusts.

The Harperites have it in spades.

So too does the current leadership of the LPC and NDP.

One of the things I always admired about the old LPC was their ability to take a good idea from anywhere it showed up and run with it. I didn't admire their refusal to acknowledge the source of the ideas mind you. The ideological flexibility was what I admired.

We've cultured ourselves a whole series of new rigid political delineations that don't allow for any cross pollination.

But it does allow for the most destructive partisan urges to have free rein.

The world wide web has helped cement this.

Far from being the great gift I'm not sure future generations won't look back and curse the web.

That's the bottom line, e.a.f. All it takes is enough people not to vote for Harper. But that assumes they know and care about what's going on.

We've taken to communicating in silos, Dana -- people, political parties -- you name it.

We talk but we don't listen.

Political patronage at its worst and vote mongering!

The day that the Ambassador insists on the rights of non-Christians anywhere is the day that I might amend my view of this - e.a.p. is right.

They have a Crusades mentality, Chris. God protect us from the Crusaders.