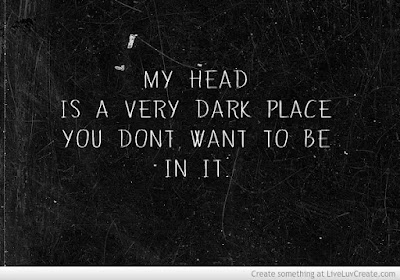 If this Conservative leadership race was a fight for the soul of the party, as former Progressive Conservative activist and senator Marjory LeBreton recently posited, well, the results are in. Reform is back, baby. Moderate conservatism is dead, and the harder-right, angrier, rougher edge will live the life everlasting. In the end, it wasn’t even close.

Self-described centrists in the party have certainly been angered by Mr. Poilievre’s online rhetoric and pro-crypto appeals, not to mention his sympathy for the anti-mandate freedom convoy. Some of them were so perturbed by the prospect of Mr. Poilievre’s ascension that they organized under the title of Centre Ice Conservatives, a dust cloud of respectability meant to form itself into the nucleus of a new party.

These centrists envision themselves as realists repulsed by ungenteel politics and disinclined to pursue policy proposals that would be declared extreme on the CBC. There would be sound logic to this argument, except that no one ever seems to be able to define what a centrist believes, nor what he or she actually wishes to accomplish.

During the Harper years, there was constant tension between the Reformers and the old Progressive Conservatives. That tension is gone:

This division has been palpable in the Conservative Party for decades, and it played out most recently under the tenures of former leaders Andrew Scheer and Erin O’Toole. Both men failed to resolve the growing populism within their own ranks with the perceived realities of what the general electorate would accept from their party. Mr. Scheer, a genuine social conservative, tried to appear inauthentically centrist in order to win more progressive constituencies. Then there was Mr. O’Toole, a genuine centrist who tried to appear inauthentically conservative in order to win the leadership of his party.

Neither approach achieved an electoral breakthrough.

By winning the leadership handily, Mr. Poilievre has slayed this internal philosophical problem. He can only be exactly what he is, and his party must now be likewise.

The problem is that Poilievre and his followers are just plain ignorant of so many things. That ignorance will lead him -- and those who sing his praises -- into a very dark place.

Skippy has long pushed for anti- union "right to work" laws and defended Harper's foreign worker program, yet he claims to be a friend of the working class. Yeah, right. He must think we're all stupid.

Keep you doped with religion and sex and TV
And you think you're so clever and classless and free
But you're still fucking peasants as far as I can see
John Lennon, "Working Class Hero"

He's an obvious fraud, Cap. Unfortunately, it appears that it's easy to get away with fraud these days.

Diesel trains make a lot of pollution, better to shut them down until we can design a locomotive that runs on wind and solar.

And Owen says he'll support all those who suffer a decline in the standard of their living.

Has Poilievre actually said that, Dybby?

Skippy is just a front for the return of St. Stephen. They keep bragging about all the "new" members he signed up and how massive his support is, but no one wants to talk about where all these new folks actually live. I suspect there's a distribution void going on here.

To equate getting - what was it? - 60% of the membership vote, to massive support - the devil will always be in the details. Where did they come from? Cause if its primarily Alberta And Saskatchewan and the Okanagan Valley & east end of the Fraser Valley, that doesn't translate to being across the country support.

I'm also hearing rumblings amongst the old style progressive Cons who aren't so happy about PPs "take no prisoners" attitude. Finally, cozying up to the Convoy of the Demented is not exactly an across the board endorsement from a broad number of Canadians.

I suspect that Poilievre's alliance with the truckers doomed his dream of becoming prime minister, Lulymay.

Millionaire-Lil'PPs political god-father promised to turn Stornoway into a bingo hall, then they were all going to refuse the MP pension.

Pierre hates to spend public money, PoV -- unless it's spent on his behalf.