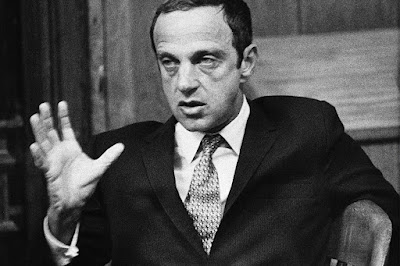 Robert Rotenberg -- who shared an office with the late Eddie Greenspan -- has some advice for Donald Trump's lawyers -- don't believe him: He writes:

I’ve been a criminal lawyer for more than 30 years, and at some point in almost every case my client will turn to me and say: “You believe me, don’t you?”

I always give the same answer. “My job is not to believe you. It is to defend you.”

When you see the repeated folly of Trump’s many lawyers, it is painfully clear they have crossed that line, or at least have tiptoed right up to it. It is astounding that any lawyer would sign an affidavit stating they had themselves done a “diligent” search of a client’s home for evidence. Hence, you see their silence in court on issues such as whether or not Trump declassified the documents.

Speaking of documents, I have a hunch about the Mar-a-Lago case. You may remember how Conrad Black got caught on video secreting boxes of evidence out the side door of his office. Have you noticed that Trump and his lawyers have gone quiet on the question of security videos from his resort?

My prediction: at some point we will see a video of the former president padding around in his bathrobe at three in morning, rifling through his boxes of documents. My advice to his lawyers: do not ever sign an affidavit stating you have never seen the video.

There is a reason why Donald Trump's lawyers eventually get disbarred.