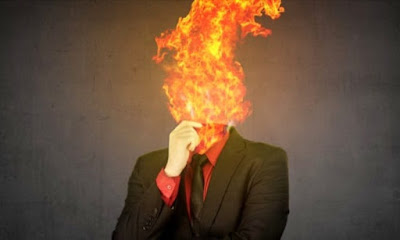 The American mid-terms are two months away, and the Republican ad campaign, according to one donor, is all about "nihilistic negation." What does that mean? Dana Milbank writes:

Over the past month, the [advertising] fund has posted 35 ads on its YouTube channel that focus on the November elections. Of these, only one is positive. The rest? Pure nihilistic negation.

“Carl Marlinga made his living representing sexual predators. Now he wants to represent you,” announces one ad, in Michigan, targeting a Democrat who worked as a judge, prosecutor and criminal-defense lawyer.

“His first big job? Working for a senator who was indicted for bribery,” proclaims another ad, in California, attacking Democrat Adam Gray, who wasn’t implicated in any crime as a young legislative director for a state senator.

Another, attacking Democrat Hillary Scholten in Michigan, claims she “dismissed the destruction and praised the rioters” after violence at a racial-justice protest. The ad concludes: “She’s with them, not us.” The ad cites a Facebook post of Scholten’s from May 31, 2020, that said precisely the opposite: “I’m pleading with those who take to the streets to make that effort peaceful and to not resort to violence and destruction.”

All of this is straight out of Donald Trump's playbook:

Many of the ads are no more than Trump-style name-calling. “Weak.” “Crooked.” “Self-serving.” “The worst kind of politician.”

“Vote Against Jahana Hayes: Completely Delusional” is the name of an ad in which several (apparently White) voters are shown a clip of (Black) Rep. Jahana Hayes (D-Conn.). They comment: “Insulting. … Completely delusional. … It’s laughable.”

“Tony Vargas Isn’t Just Liberal, He’s Crazy Liberal” is the title of one attacking a Democratic challenger in Nebraska. It calls him “crazy liberal” twice.

In Pennsylvania, Democratic challenger Chris DeLuzio is identified as a “Radical Socialist Professor.”

Trump has swallowed the Republican Party whole. If he were one of Charles Dickens's characters, he'd suddenly fall victim to spontaneous combustion. All that would be left would be the smell of rotting hay.

Too much to hope for.

Over the decades, the americans politicans/parties have run negative ads. They work so why give it up. It doesn't make politics better but sometimes the person who runs those ads gets elected. Its a good way to smear the opposition. Don't know most of the people you refer to, but I've seen Katie Porter at "work". She is amazing. She is smart and boy does she know money and how the banking industry works. That is one politicans who isn't "clueless". The Republicans are also using the "goebels" method of "advertising". Tell a lie long enough and people will start to believe it.

It is up to voters to educate themselves, but Americans frequently don't.They frequently get "hooked" on the petty stuff while ignoring the big issues.

And it is that ignorance that could sink the republic, e.a.f.

I don't think Canadians are any less ignorant about politics than Americans. That's why I fear Pierre Poilievre could very well become the next Prime Minister.

Liars always double down. To escape the bounds of reason, first they must convince themselves. Of course, I may be wrong.

If you lie a lot, it's easy to believe your own propaganda, John.