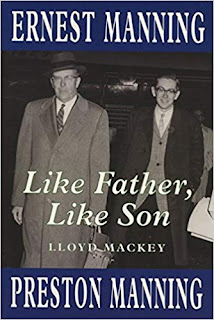 As the Conservatives analyze the reasons for their defeat, Duncan Cameron writes, they will have to confront a fundamental question: Who, exactly, are they?

Scheer is not a Canadian Conservative -- indeed, Scheer and the CPC have little in common with the former Progressive Conservative (PC) party, familiarly known as the Tories after their British counterparts, and incarnated by leaders such as R.B. Bennett, John Diefenbaker, Robert Stanfield and Joe Clark.

Historically, Canadian PCs have been wary of U.S. domination of the economy, loyal to principles of British cabinet government, protective of institutions such as the courts, universities, banks, churches and military, and anxious to protect the weak and vulnerable from the excesses of liberal capitalism.

Successful PC premiers from Peter Lougheed in Alberta to John Robarts in Ontario believed government spending could prevent the worst and bring out the best in people; that they as leaders had a duty to the less fortunate in society, providing security for the future for young families and elders alike.


The roots of today's Conservative Party are planted in the soil Ernest Manning -- Preston's father -- plowed. That soil:

In his book Political Realignment: A Challenge to Thoughtful Canadians (1967), Manning père called for the formation of an explicitly right-wing social conservative party to offset the centre-left movement in federal politics by Tories and Liberals that culminated in the adoption of medicare.

Just like the United Conservative Party (UCP) in Alberta and the Doug Ford PC party of Ontario, the CPC ran a campaign mimicking U.S. Republicans: presenting themselves to voters as a low-tax, anti-government party, comfortable with a social conservative agenda.

The unpopularity of Ford was widely credited for undermining Scheer in Ontario. Indeed, Ford's unpopularity extends outside Ontario to Quebec and Atlantic Canada, where government is recognized as positive and necessary, not just as too expensive and a target for cutbacks.

Alberta Premier Jason Kenney waited until after the federal election before introducing his dramatic budget cuts to essential services, cities, cultural industries, the arts, public universities and colleges (but not Christian private higher education). Had he revealed his plans earlier, the Trudeau Liberals might have kept a foothold in Alberta.

Jagmeet Singh is returning the NDP to its roots. The Conservatives should also consider that path. They make lousy Republicans. And Canadians know it.

Email ThisBlogThis!Share to TwitterShare to FacebookShare to Pinterest
Labels: The Future Of The Conservative Party

.. Dear Owen: take one giant backward step, pivot, take 3 light touch steps.. run upwind.. mebbe 5 minutes slowly & leave a huge scent trail.. then slog downstream in a freezing stream bed. leap lightly to some heavy shrubbery.. scatter any snacks you may have.. then run in a part downwind direction, veer upwind & downwind.. then quickly retrace said path walking backwards in your steps..then veer suddenly, working slightly down and cross wind.. keeping the breeze on one cheek.. but somewhat behind you.. carrying you scent far far away.. to Frobisher Bay

You have a Great Bear following your trail.. thinking you are a light lunch.. snackage. Have an eye for a climbable tree but be aware a polar bear will patiently wait for you to fall for a week.. a grizzly is less patient.. will take out the entire tree.. a black bear will graze in the blueberries while awaiting your descent.

Such is the nature of political animals.. its about sniffing you out via voter data and polling.. and then a tooth n claw attack on your decency. They know who your family is and what vegetable you last bought at a famer's msrket.. they know what's in your Halloween goodie bags and will know what Christmas prezzies you wrapped already.. They know if you've been good or bad before Santa does and your fave reindeer, via Elections Canada, they know how you and kin voted via 'bingo cards' even before Scheer crashed and burned. The rest they got lt or bought it illegally, Harper style black ops m'man..

I insult the great bears just by using them in an anology..
they are actually normal, obey laws of nature..

As the stranger at the bar says at the end of The Big Lebowski..
'Sometimes you eat the bear, and sometimes the bear eats you'

We... you and me.. and Canada eh
are being eaten by the bear
They call it 'Democracy' while tracking & snacking on us

Albertans have had their collective nose out of joint for a long time. Remember Bible Bill and Social Credit?

People forget that Preston's father came to power on a Social Credit agenda, not a Conservative one, Toby. Those folks believed some looney stuff. That same looney stuff is in the air. They just gave it another name.