Scheer's All About Canada First 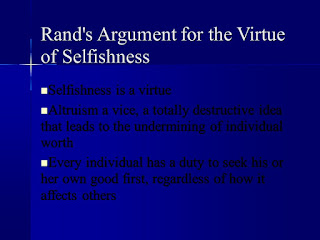 Yesterday, Andrew Scheer declared that he would cut Canada's foreign aid budget to fund his tax cuts. Canada has not been very generous to foreign countries for quite awhile. The Toronto Star editorializes:

When it comes to doing good around the world, Canada talks big and acts... less big.

We pride ourselves at having invented the idea of peacekeeping, but our contribution to keeping the peace has dwindled to almost nothing.

We talk a good game about helping the neediest and promoting progressive values abroad, but among our peers we’re near the back of the pack in spending on foreign aid.

Now along comes Conservative Leader Andrew Scheer with a bold proposal to take a bad situation and make it even worse.

On Tuesday Scheer unveiled his priorities on foreign policy; and they include slashing Canada’s budget for foreign assistance by 25 per cent, or some $1.5 billion.

What Scheer didn’t mention, and what most Canadians don’t realize, is that this country has already let its spending on humanitarian aid fall to record low levels.


Scheer is spouting the Canadian version of Donald Trump's America First gambit. But there are good reasons to offer aid to foreign countries:

The truth is that countries don’t spend on foreign aid only out of the goodness of their hearts; aside from helping needy countries, it also buys influence. Slashing aid, for example, certainly wouldn’t be a plus as Canada argues for a seat on the UN Security Council.


Justin Trudeau didn't increase foreign aid -- as promised. But Andrew Scheer would slash Trudeau's foreign aid budget. And he has declared that he would return to Stephen Harper's policy of using aid to leverage the interests of Canadian business.

Scheer's smile can't hide the fact that he desperately clings to the prime directive of modern conservatism: Selfishness is a virtue.

Email ThisBlogThis!Share to TwitterShare to FacebookShare to Pinterest
Labels: Scheer On Foreign Aid

Scheer's staunch Catholic beliefs inform his positions on gay marriage and abortion, but when it comes to charity and the duty to care for "the least of us" he goes all Randian. What's with that? Could we have some consistency, please?

As a good Catholic, Scheer should have read Pope Leo XIII's encyclical about one's duty toward the less fortunate, Cap. There seem to be some gaps in his education.

"There seem to be some gaps in his education." That's because he didn't complete his education, Owen, at least that seems to be the case in what he claims to be his vast private sector experience (before he discovered the benefits of living off the taxpayers).

Scheer's staunch Catholic beliefs are also imbued with a strong Evangelical bent as well which absolutely scares the bejeebus out of me, because with folks like that "compromise" is just another 10 letter word.

However, I think we are definitely at a crossroads in our country: which has the best out comes overall when considering distribution of taxpayer funded projects? Is it best to provide foreign aid and help people to stay in their own country with their family and friends and prosper? or is it better spending on thousands of refugees who may or not be a positive addition to Canada? and then bring their relatives/friends here in the guise of family reunification. Neither expenditures are that well monitored, but we do have a lot of expertise that is beneficial to less developed or democratic foreign countries.

It is, at least in my mind, a serious dilemma but one that politicians don't want to get into a rational discussion about, least of all the Conservatives.

Coren's column is excellent, Lorne. Thanks for the link. Scheer's version of Catholicism is as blinkered as his other policies. His vision is neither wide nor deep.

There is certainly room for debate on the options, Lulymay. But cutting off funding simply cuts off options.

I agree with Coren when he writes that "this is a wretched election." As he notes, the only leaders really discussing issues are Elizabeth May and Jagmeet Singh.

I agree, Mound. Once again, I will vote strategically. But I still haven't figured out what that strategy is.

Trudeau had already made us the meanest OECD country in terms of foreign aid as a percentage of GDP. Despite promises to raise it, the opposite has happened - it's JT's modus operandi. And here comes the ex-insurance industry magnate Scheer to cut it even more. That will jangle a whole coupla extra bucks in yer pcket, so why use it to do something sensible like giving First Nations clean drinking water? NGOs and the World Bank would give Scheer a thumbs down, but they live on foreign ads by skimming off management fees.

Does anyone remember how harper made the government's web page theme and logo like the Conservative one? And how giant signs appeared on any federally funded project, again with that theme? Our own benevolent dictator acted as though public funds came from the Cons. Ghoulish. At least the Libs got rid of all that in just a couple of days.

Scheer keeps reminding us of the Harper years, BM. We appear to have very short memories.

It’s been obvious from the beginning that Scheer and his gang’s MO in this election is to appeal to the electorate simply by putting more money in their pockets; I.e. no carbon tax, income tax cuts, get rid of red tape and so on. Irresponsible as hell, but bound to appeal. However, when he promises to enrich Canadians on the backs of the world’s poorest, the wretched, the starving, etc., he really shows his true colours, Bloody hypocrite! Hell, Ford can only make poor Ontarians Iives worse; Scheer would now do it globally. Wow, what an accomplishment. Canada proud! Sure, I too could always use a few more bucks, but I sure don’t want to get them that way!
Also, if religious leaders in Canada stay silent on this....they are no better than him....execrable hypocrites all. A pox on their houses!
Scheer is simply Canada’s version of Mike Pence. A paradigm of the Christian hypocrite. Mac

It's remarkable what kind of behaviour some people will engage in, Mac, once they believe that God is on their side.