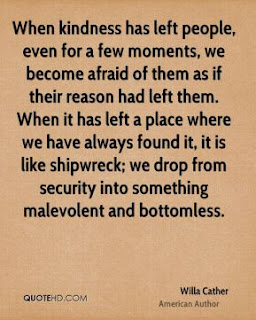 Justin Trudeau is now wearing a bulletproof vest. Susan Delacourt writes that there has always been a nasty side to Canadian politics. But something has changed:

No prime minister, in recent memory at least, has experienced such a drastic, public mood swing between elections. All successful leaders accumulate some baggage between their first election and their next try at re-election, but the backlash against Trudeau in this campaign seems particularly vicious.

What makes it even more curious is that the nastiest attacks are focused on who Trudeau was before he became prime minister — almost as if his opponents have stored up material that failed to work in 2015, when all of the “not ready” ads and ridicule against the Liberal leader bounced off a seemingly bulletproof public image.


Trudeau isn't the first prime minister to have ugly rumours circulated about him:

To be clear: ugly rumours circulated about Stephen Harper and his personal life all the time he was prime minister too — Ottawa reporters were repeatedly peppered with “tips” about the alleged breakup of the Harper marriage (which still endures, by the way.) Brian Mulroney, in his late, unpopular years in office, was alleged to be drinking on the job (also very untrue.)


What Delacourt is referring to is what happened after last week's French language debate:

Representatives of right-wing publications lined up first at the media microphones to grill Trudeau about ugly slurs circulating with regard to his personal past as a teacher in B.C. There’s no need to dignify the slurs by spelling them out again here; the Star’s Marco Oved did a thorough forensic analysis last week of the manufactured smear campaign, which nonetheless lived on at the postdebate scrums.


This isn't who we are or who we have been. Politics  -- in the Age of Trump -- has become malevolent. But there is no reason for us to join the March To Oblivion.

Another difference is the proximity and connections of persons and organizations that are generating the smears to players with official status in Trudeau's opposition while Andrew Scheer attempts to stand off by playing dumb. Is he really that stupid or just counting on the fact that entire segments of his reliable support are? Why not? A similar approach worked for Harper.

The ease with which 'right-wing publications' and for that matter other less scrupulous individuals on both sides of the political spectrum can spread such nonsense via twitter and other 'social media' is responsible for much 'misinformation' and hateful messaging IMHO Owen. Are some types of 'modern communications' a blessing or a curse?

Maybe we should take a look at who is fomenting hate and dog whistling violence.

Jagmeed Singh is not but Jason Kenny is.

Elizabeth May is not but Doug Ford is.

Justin Trudeau is not but Andrew Sheer is.

Gerry Butts is not but Wornout Kinsellout is.

There is a pattern here.

The Reformatories must be beside themselves. Their fantasy about Justin hunting the cougar and their violent images like Trudeau being run over by a truck have not helped them is the polls. Instead Singh is benefitting . I love the smell of irony in the morning.

Scheer's Party is still Harper's Party, John. And a significant portion of Harper's people were -- and are -- simply nasty people.

Good question, Rural. Tchnology -- new or old -- is simply a tool. The ends for which it is used are determined by people, who can be good or evil.

It's most likely a internet Troll, but Trudeau is playing it up for sympathy. I feel certain that nothing will happen to him, he isn't in real danger, he's just hamming it up for attention, he wants to distract from Jagmeet Singh's rising NDP. You guys are falling for it.

These days I'd take threats seriously, Gyor. And those that make them should also take them seriously. There are legal consequences.