Self Destruction Is In The Air 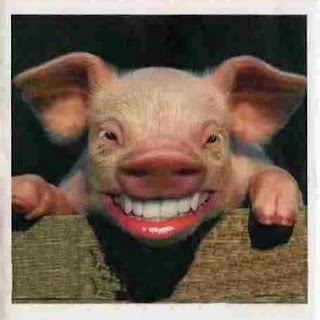 Very often, what matters in politics is not how you play the game, but how you place the blame. No one knows this better than Alexander Boris de Pfeffel Johnson. His career would have been terminated long ago did he not possess a talent for wriggling out of responsibility for his behaviour in both his personal and political life. The biographer of Margaret Thatcher, Charles Moore, who once employed him as a journalist, sometimes refers to Mr Johnson as “the greased albino piglet”.

We are now entering the most intense round of the Brexit blame game. For three years, Remainers have pointed infuriated fingers at Mr Johnson and the other frontmen of the Leave campaign for flogging a bogus prospectus that Brexit would be a painless “piece of cake”, not never-ending agony. Since it cannot be the Brexiters’ fault that their promises have not been fulfilled, they must find someone else to blame and that would be intransigent Europeans, obstructive parliamentarians, quisling civil servants and meddling judges. With less than a month to go before the Halloween deadline, and an election hovering on the horizon as well, the issue of culpability is going to become even more fiercely contested. We approach the endgame of the blame game.


Boris Johnson finds himself in a bind of his own making:

He has repeatedly declared that Britain will be leaving, with or without a deal, at the end of October, “come what may”, “whatever the circumstances”, “do or die”. Repeats of that pledge, delivered under the slogan “Get Brexit done”, won the loudest applause during his speech to last week’s Tory conference. Except that the Benn Act, passed by parliament in September, makes it illegal for him to pursue a crash-out Brexit and requires him to ask for a further extension in the event that there is no agreement. How does the greased piglet wriggle out of this one?

Self destruction is in the air.

Email ThisBlogThis!Share to TwitterShare to FacebookShare to Pinterest
Labels: Johnson And Trump

Clearly, Owen, it's crunch time for democracy and the rule of law. Chuck Todd talked about it from the American perspective last week: https://www.youtube.com/watch?v=VcD5sttJ-sQ

"A National nightmare," Lorne. Self absorbed leaders are toxic for democracy.


I'm developing "nail biter" syndrome. Just to dwell on Trump or Brexit is to open a Pandora's Box of possibilities that might not have been imagined a few weeks earlier. It's dizzying and I wind up looking to grasp some holdfast. Like climate change it's hard not to feel like an observant passenger on a runaway train.

It appears, Mound, that insanity is the order of the day.

The destruction will be limited. The problem is that the pukes who by their exercises in self-importance have contributed most to bringing these failures about will land smiling or even joking on their feet or at the worst somewhere on their knees, while many of the slugs they purport to represent are the ones who will be hurt.

The self absorbed always look after their own interests first, John.

Anti-social personality disorder is the technical PC term for sociopaths and psychopaths. I think the linked article below does as well as any at getting to the nub of the difference between the two types. Unfortunately, being diagnosed with either disorder doesn't mean we can lock up these freaks, and there is no cure. So we get subjected to never-ending charades where we are pawns in their quest for personal glory.

So is Boris a sociopath? One would have to conclude yes, yes indeed he is. He knows he's conning people but just can't stop himself. He uses his only knowledge, that of classic Greek and Roman history and literature and a stint as a debater at Oxford, to belittle people with no appreciation of his classic wonderfulness. He is an amateur at anything tangible to our modern society, like writing up that proposal to the EU for a new Irish border deal which was summarily rejected by them as useless this past week, so plans to use this rejection to tell Britons, "Well we tried, but those foreign continentals scuppered us! It's their loss!" That's about the width, depth and breadth of his plan, where he can then rule the Disunited Kingdom like the sociopath he is and cover himself with the flag and glory. What happens to the average Brit matters not a jot to him, but that was Britain's leaders attitude in Empire anyway. His insistence that Brexit will happen on Halloween no matter what, despite the Benn law that prevents it, shows he just can't stop himself lying.

Kenney strikes me as more of a psychopath, totally cold and unable to empathize, and as glib and smarmy a liar as one is likely to come across. Scheer is merely a stumblebum incompetent. What Doug Ford is, is not in the textbooks, but local 12 year-old threatening revenge-filled street bully fits the bill - "I guess I showed you!"

Trump, I'd say, is also a sociopath. He shows vague signs of conscience by not loosing his cruise missiles at real targets, then lies and cheats anyway. Plus of course, he's an out-and-out racist.

We have let the cuckoo nest inhabitants run the asylum throughout history. Been buttered-up, charmed, lied to, browbeaten and coerced, believed the horse manure and let these people run our societies. I see no sign Canadians will turn out in record numbers to vote; instead of becoming dispirited with the rubbish and lacklustre "leaders" and policies proffered, we have decided to ignore the matter entirely. Rather like ignoring climate change. So if a big fat foot kicks you in the ass in the future and you object, but find you have no recourse, well, my fellow citizens, you have only yourselves to blame for not paying attention when it mattered.

Well put, BM. I have nothing to add.

.. aside from being another timely scathing post.. I found BM and Mound''s comments interesting. Mound's re his 'nail biting' syndrome.. this an election where the amateur inexperienced magician is about to pull the tablecloth out from under our collective dinners.. we neither know who the magician is.. & hell, we know nothing.

BM's is interesting.. very decent link.. though I go with the DSM 4 or 5 re any differential (or amateur) diagnosis. So my views based accordingly. Cannot claim I ever worked for or with a psychopath aside from juvenile murderers, violent offenders in my early 20's - but that was in secure triple maximum security.. Sociopaths, yes. And after a while they became easy to spot. But in reality those are all guidelines. Reality is a vast spectrum, fluid, dynamic.. even strange.. even crazy

Insofar as politics (and that includes the backroom operators like Ray Novak or a Jenni Byrne or a Stephen Lecce etc) I see a highly visible 'partisan' disease. Once embedded, hard to shake. We see exemplars who reject such lazy traps.. but we see the proliferation of shallow shrill, pedantic 'hollow men & women' as you have often described them. The partisan or needy fringe.. clinging to the scene are like the choir.. I can't afford a defamation suit.. so I won't name names

Just yesterday and today, I am forced to call out certain individuals.. in an abstract way.. for spreading or generating malicious innuendo. Is that sociopathic.. or just mean spirited.. or 'situational partisan' hollering.. (I see it as at very minimum, character flaw..but then I personally see partisan blindness as character flaw of varying degrees)

Social media has changed the landscape.. we need new political 'topographical' maps.. ! Nail biting among credible and coherent people is hardly reflecting that we have 'good governance' .. nor is it reflecting coherent policy or action.. Trudeau flopped on Grassy Narrows.. that aint arguable.. now will do the 'launch the lawyers' re Indigenous Children reneg.. Scheer is simply a gasbag, Singh.. the jury is out.. but the NDP may swing the vote.. Green, I hope they do swing the vote.. but need to refine or define who exactly they are.. are they the new NDP ?

I'm still trying to figure out if they're the New NDP or the old NDP, sal -- before Mulcair.