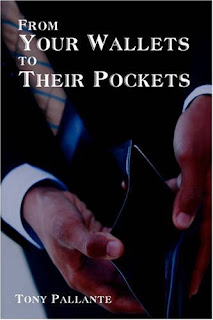 For the last thirty years, conservatives have maintained that government must be run like a business, adhere to market principles, be lean and mean. But it is always instructive to compare what conservatives say to what they do.

Consider the sale last week of the crown corporation, Atomic Energy of Canada Limited, to SNC-Lavalin of Montreal. Writing in The Toronto Star, Tom Walkom notes that:

taxpayers aren’t guaranteed any money from this sale. In fact, when the back and forth is totalled (Lavalin gives Ottawa $15 million; Ottawa gives Lavalin $75 million), we end up paying $60 million for the privilege of no longer owning that chunk of AECL.


Lavalin gets the lion’s share of the nuclear technology company’s $1.1 billion worth of assets — including land, buildings and tools.

The public, on the other hand, is stuck with all of all of AECL’s $4.5 billion worth of liabilities.


It does not take a mathematical genius to figure out who wins and who loses in this deal. In fact, it's the same kind of deal which was brokered by the big banks in the United States. And, for those who preach the wonders of capitalism, it's a remarkable show of chutzpah. Nowadays capitalization means the privatization of profits and the socialization of losses.

Walkom points out that Mike Harris, the godfather of the Common Sense Revolution, arranged the same kind of transaction with the fire sale of Highway 407. It is also interesting to note that the movers and shakers in the Harper cabinet -- Messers Flaherty, Baird and Clement -- also occupied positions of influence in the Harris-Eves administration.

One of the cardinal rules of business used to be that the best predictor of future performance is past performance. That axiom still appears to hold. But how does one account for such a lack of common sense? Well, there are clearly personal advantages to privatizing profits and socializing losses. As the Star reported on May 11th:


After all, one does have to make one's way in the world.

Email ThisBlogThis!Share to TwitterShare to FacebookShare to Pinterest
Labels: Sale of AECL

Let's not forget that common meme, now obvious myth of Harper's campaign many harped on: Only he can create jobs. The 'tax and spend' Liberals and NDP will cost jobs and practically send Canada to worse than the depression to hear him talk. Well, in this recent purchase from SNC Lavalin, there is more bad news; 900 jobs are slated to be axed. Yeah, love that Conservative job creation program.

I guess what job creation meant was when that Hamilton steelworkers union guy said at a protest in front of a Conservative rally said: "he only creates Tim Horton's jobs".

The Tim Horton's comment is right on target, ck. It's all about transferring wealth up the ladder, not down.

But, as 2008 proved, when the wealth at the top reaches a critical mass, the bottom collapses.