Come, Let Us Reason Together 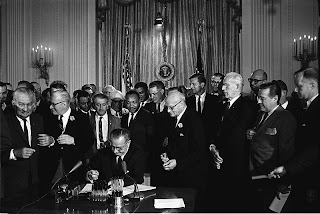 I have always thought that Churchill was right when he said that, "the United States invariably does the right thing, after having exhausted every other alternative."  I was a graduate student in the United States during the Watergate Crisis; and, for me, the long and circuitous climax to that challenge proved the truth of Churchill's observation.

But, these days, those of who live outside the United States are beginning to wonder if something fundamental in the American character has changed. As the Canadian columnist Jeffrey Simpson writes in this morning's Globe and Mail:

Reasonable people can disagree on how much spending needs to be cut and how much revenue should be raised. If such people were to accept that a blended solution is the only one that makes sense, then they will find a compromise. This is precisely how the two bipartisan commissions achieved a final compromise. Unfortunately, their advice has been discarded.


The problem, Simpson suggests, is that "reasonable people are in short supply in Washington." The causes of this remarkable development are convoluted. And they fly in the face of American history. This is the country which vigourously confronted the Great Depression, which turned the tide in World War II, and which put a man on the moon. Churchill was right. It took time to do all these things -- but Americans eventually screwed their courage to the sticking point.

When I was a student, I listened to LBJ repeat that line from Issiah until it became a punch line for late night comedians.It would, indeed, be tragic if the United States were to become an international joke.

This entry is cross posted at The Moderate Voice.
Posted by Owen Gray at 7:11 am