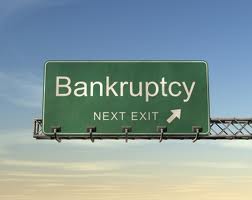 George Orwell had a pretty good bead on the future. The only difference between 1984 and 2011 is that things go down the memory hole quicker. Certainly, writes Peter Beinart in The Daily Beast, the Republican Party suffers from a shocking case of amnesia:

If the debt-ceiling negotiations reveal anything about America in 2011, it is this: we live in an age of political amnesia. From the day the Twin Towers fell until the day Barack Obama was elected president, Washington Republicans did virtually everything in their power to increase the deficit.


They forgot that they put two wars on a credit card.  They refused to pay for the prescription drug benefit. And they did these things while reducing taxes. But more than that, they dismantled the regulatory functions of government:


Even more remarkable than the GOP’s deficit amnesia is its regulatory amnesia. Less than three years ago, the American financial system virtually collapsed, leaving an economic disaster that still blights the lives of tens of millions of Americans. That collapse may be partly the result of federal efforts that pushed too hard to make Americans with lousy credit become homeowners.


But it was also undoubtedly a result of the fact that under Presidents Clinton and Bush, the U.S. government egged on Wall Street as it created new and largely unregulated financial markets. Then, in 2010, after a BP oil spill almost destroyed the Gulf of Mexico, reporters discovered that the Department of Interior's Minerals Management Service, which supposedly regulates offshore drilling, was as toothless as the agencies that supposedly regulated derivatives trading.


Now they are railing about the deficit they created. At the same time, they refuse to raise the debt ceiling -- which Ronald Reagan raised a record eighteen times, followed by George Bush, who raised it nine times. And they  blame Barack Obama for it all -- hoping  such a strategy will return them to office.

America teeters on the edge of bankruptcy because the Republican Party is morally bankrupt.