Who Is The Real Stephen Harper? 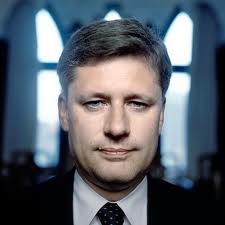 The Tory government has spent at record levels — a 40% rise in program spending over five years. It has vowed to continue escalating transfers to the provinces for health care funding in seeming perpetuity while swearing allegiance to the Canada Health Act. It has interfered in international business deals (quashing the Potash takeover, for example), and domestically expanded a system that funnels billions of taxpayer dollars into private enterprise through development agencies. It has defended the supply-management practices that inflate consumer prices for goods such as milk and eggs. On thornier issues such as abortion and same-sex marriage, Mr. Harper has resolutely avoided taking a social conservative stance, even though there is a wing of his party that would dearly like to see him do so.


Many conservatives have leavened their disappointment with Harper's less than conservative agenda, taking solace in the thought that he will move incrementally to transform Canada. By the time he's finished, they claim, Liberals won't recognize the place.

That's a controversial argument -- and it's a distraction. What is really important is what drives Stephen Harper. He is neither a conservative nor a liberal. His political philosophy is simple: do whatever it takes. Whether it's the attack ads, the intervention in the potash deal, or his foreign policy, it's about -- it's always been about -- putting Stephen Harper in the Prime Minister's Office.

That fact should give Canadians pause.

Oh, don't be fooled. Steve Harper is all about social conservatism.

As you've pointed out, his first goal was indeed, to get in the pm chair, with a majority, I'll add. He's done that.

Now the social Conservative utopia. And it's already started. Military industrial complex. We're no longer peace keepers. In fact, it's now argued that our foreign policy is further to the right than that of the US.

McCarthyism is alive and well, or should I say, kicking. That internet spy bill, without warrants is likely going to be in that upcoming omnibus bill of their's this fall. Yes, a law and order, morality themed omnibus bill, filled with failed tough on crime, lock 'em up and throw away the keys bill.

Military, McCarthyism and tough on crime, are great starts to that social conservative direction.

Oh, and I wouldn't rule out abortion coming back to the forefront yet again. Harper has quite a few Pro-life members in his caucus, some of them quite colourful. They will be sure to slip through some private members' bills, and there are enough of those pro-life Conservatives to vote them through.

He will also be cutting whatever is left of the social safety nets we have. He'll do it all in the name of a 'strong' economy. That's why he spends and guts the existing programs now. That is the conservative way of today. Gut it til it is no longer functional, then destroy it completely.

Not to mention, look how he is controlling the media. It's worse than it ever was under other Prime ministers.

He will do all of those things, ck -- unless there is an extra parliamentary opposition.

Whenever his program runs into real opposition, he changes direction -- at least temporarily.

I agree the future is not bright. That is why there needs to be broad based opposition to his program.