And So This Is Christmas 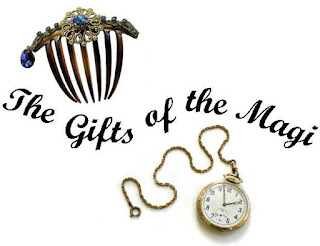 And, John Lennon asked, what have you done? These days, we -- the collective we -- do  little that is noble. Everywhere we look, Folly appears to be in the driver's seat. But, every year at Christmas, we are reminded of another kind of folly. It's not the folly of what we possess, but the folly of what we give. It's perhaps best expressed in O. Henry's short story, The Gift of the Magi. The final paragraph of that story is famous:

The magi, as you know, were wise men—wonderfully wise men—
who brought gifts to the newborn Christ-child. They were the first to
give Christmas gifts. Being wise, their gifts were doubtless wise ones.
And here I have told you the story of two children who were not wise.
Each sold the most valuable thing he owned in order to buy a gift for
the other. But let me speak a last word to the wise of these days: Of all
who give gifts, these two were the most wise. Of all who give and receive
gifts, such as they are the most wise. Everywhere they are the wise ones.
They are the magi.


Such folly is wisdom. May we have more of the same in the New Year.

Thank you President Trump for bringing back Christmas! I think it's time for a swing back to more traditional values. This anti-White anti-Christian anti-Western ideology is for the birds! Instead of scrubbing history like ISIS, maybe we should learn from it!

The Western culture of 'cease the day' is what all our systems of law, math, science and technology are founded on. Focusing on the real world. Real human development. Real progressive values.

This neo-progressive neo-Victorian neo-McCarthyite cult is repeating mistakes of the past. One day they'll make racist suspects where a scarlet 'R.' Install telescreens in your home to monitor you for thought crimes. Priestesses will determine which media gets the holy imprimatur: no Dr. Seuss for the kiddies – that's "racist"; no 'Paw Patrol' – that's "fascist". (Seriously, google this stuff.)

So you get 71 gender pronouns, refugees and illegals up to the rafters and a promise of a never-ending tide of economic misery while upper-crust moochers, leeches, looters and gougers take more and more and more. Not much social justice in these SJWs, that's for sure!

Indeed, Gen X, if you're looking for social justice, your search will be futile.