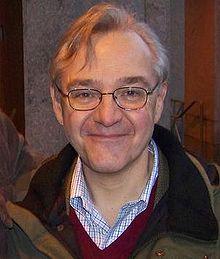 As the year comes to an end, E.J. Dionne writes a meditation on Democracy. He starts with first principles:

In embracing democracy, as the historian James Kloppenberg has written, we are standing up for three contested principles: popular sovereignty, autonomy and equality. We are also embracing three premises: deliberation, pluralism and reciprocity.


Certain things follow from those three premises. We rarely think of those premises and what they entail. Dionne gets down to specifics:

A devotion to democracy thus ought to affect how we treat others. We often have to deal with hierarchies, but we should never internalize them. Those at the bottom of formal authority structures see things and know things that cannot be seen from on high. We should, as Pope Francis has said, seek the wisdom available only on the peripheries. We learn from experience — and from the news — that the distributions of virtue, compassion and judgment are not correlated with the distributions of power and wealth.

Democracy, finally, is rooted in two intuitions, about our aspirations to transcendence, which allow us to imagine a better world, and about our proclivities to sin and failure, which require limits on the power any of us can wield. Thus Reinhold Niebuhr’s aphorism: “Man’s capacity for justice makes democracy possible; but man’s inclination to injustice makes democracy necessary.”


Dionne -- who is a practising Catholic -- speaks in religious terms. However, he does not transform democracy into a religion. And he warns that when elites control the levers of power, democracy is in danger:

Something to think about as the old year ends and a new one begins.

Email ThisBlogThis!Share to TwitterShare to FacebookShare to Pinterest
Labels: A Meditation On Democracy

These are wise words indeed, Owen, words that all of us should take to heart. Far too often, we see only what our limited socio-economic experience makes easy to see; the rest, at best, is too often consigned to only peripheral consideration, if at all.

Dionne is a Rhodes Scholar -- whose parents immigrated from Quebec to Massachusetts, Lorne. A few months back, he participated in one of the Munk Centre debates at the U of T. His is no small intellect.


A fine piece but a eulogy nonetheless. Perhaps American democracy still draws breath but had Roy Moore not had his paws all over teenagers he would be on his way to the US Senate. To the voters of Alabama, Moore's sexual appetites were odious, not his radical and theocratic political instincts.

My gut feeling is that America is already finished. Today's plutocrats invested decades and a very large amount of money to effect the shift of economic and political power from the many to the few. Why would anyone imagine they would give that up at this point because of a ballot box?

An American renaissance will amount to a resurrection which will probably require some form of insurrection along the lines Chris Hedges has been predicting for about a decade. Hedges has stopped well short of calling for an uprising because he realizes how unpredictable these seismic events can be, especially in the first and second stages.

As a political and social entity the United States seems to be wobbly, destabilized, and as a nation that will have to respond to transformative change from powerful environmental and ecological challenges, of a form that blends both man-made and natural influences, it will pay dearly for sacrificing its social cohesion. We need to keep a close eye on these events.

I'm not at all sure that democracy in the United States is recoverable, Mound -- mainly because a sizable number of Americans would read Dionne's piece and have no idea what he's talking about. Certainly, the current president would read the piece -- if he has a long enough attention span to finish it -- and be left clueless.

Having written extensively about our democracy over the years I never the less had not seen Niebuhr's words previously. They sum it up very nicely for me, as do Dionne's words on the distribution of virtue vs power, we can but hope that it is not, as Mound wonders, the eulogy for American Democracy.

We can hope, Rural. But, at the moment, things look rather dark.